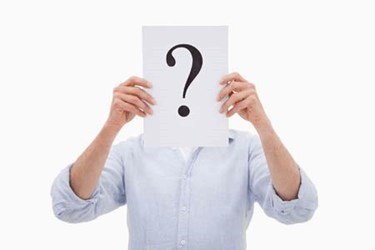 In this article, “Sally” explained two key areas for creating and managing drug development and manufacturing supply chains: leveraged risk, and questioning the questions about quality at CMOs.

But her enthusiasm for sharing is not, shall we say, shared by her company. My readers know that’s increasingly rare. We’ve learned from those openly representing biopharma such as Amgen, Biogen, Janssen and Regeneron. Nonetheless, we’ll respect concerns that discussing outsourcing strategies reveals “state secrets” better kept hidden for competitive advantage.

And as I wrote in our first article, take my word for it: Sally knows her biopharma supply chains.

This certainly isn’t the first time a supply-chain professional has talked about impending capacity challenges. On the biologics side, it’s become a veritable chat-fest.

Some biopharma-industry executives say they’re losing sleep because they know (They have the numbers!) a capacity crunch is bearing down on us, and it will be brutal.

A second group of executives fears a completely different monster, the same one that bit the industry during the 2008 recession: Overbuilding of capacity, resulting in unproductive capital expense … and empty facilities. A third group is simply sanguine. They say the natural cycles of supply and demand will work themselves out, without too much ado.

So Sally’s first trend certainly isn’t unfamiliar territory. But it’s still valuable to learn how this unabashed enthusiast for external supply chains is currently experiencing a new level of competition for most of the outsourcing services she needs.

“I’d mention to anybody asking what is happening out there in biopharma outsourcing that there’s an increasingly vibrant competition for capacity,” explains Sally. “Capacity in the contract world is already tighter. It’s at the CMO level; it’s at the 3PL [third-party logistics provider] level.”

She adds: “When we go into a contract drug manufacturer or packager, we see Big Pharma products running there more than in the past. We hear of competition from smaller companies, too.”

To be clear, Sally says she’s not seeing – nor expecting – the disruptive capacity crunch some are talking about. But she’s clearly focused on what this new competition means for individual sponsors now, and the biopharma outsourcing industry further down the road.

True to character, she lines up a positive supposition; in fact, one that simultaneously serves as a partial response to the challenge. “Most everyone today has come to recognize the true value of outsourcing. That’s a good thing for the advancement of the entire industry.”

What does she mean by that? “Capacity is still out there and there’s also new competition for it. This clearer value-recognition is the new driver to understand how to continue to maintain and grow both.”

Sally’s second trend, then, is also part remedy for the first one. It’s an approach to outsourcing that engenders more efficient use of capacity through higher productivity, better outcomes, and less waste.

In effect, this is a creation of capacity through combined strategy. Capacity better utilized throughout an industry equals more capacity for that industry. In practice, it harkens to the battle of price-versus-value; transactional-versus-relational; short-term-versus-long-term; and how to measure outcomes of external and internal supply-chain components.

Sally says this all starts with “companies having a more fundamental realization that price and value are not the same.” She’s thoughtful about what she says here, though: “I do believe that for appropriate projects there will always be a place for saving-on-cost as the outsourcing model. At the same time, there’s a strong focus on returning long-term, total value as opposed to the power of price alone. And this includes a renewed look at the blend of internal and external resources, particularly at Big Pharma.”

This enhanced value calculation – through strategic consideration of the ultimate utilization of overall capacity – can only be fully arrived at via a combined effort of sponsors and providers.

Sally sees this starting to happen. The supply and demand sides are communicating as partners on both the raw capacity numbers and the efficient use of that total capacity. This, she believes, will efficiently balance internal and external use, new facilities and refitting, and the overall product mix, all for a more efficient biopharma outsourcing future.

“Lord knows where this leads over time, but it’s a way of forcing people to think even more strategically about their supply chain,” says Sally, commenting on her third trend, the industry’s move to serialization.

She isn’t that all-knowing deity able to see how serialization will fully impact the industry, but she has made herself somewhat of an expert on the subject. We won’t go into the details of serialization (click here and here for that), but will be reminded the U.S. Drug Supply Chain Security Act (DSCSA) calls for a national system of drug “serialization” to be created and implemented in stages, starting in 2017.

What I try to get from Sally is a better understanding of how serialization will affect CMOs and other service suppliers. She first says that from a biopharma supply-chain standpoint, serialization will be important to every drug-maker, but particularly challenging “and fascinating” to the growing list of virtual biopharma companies. Even for those streamlined companies, there will be the need to manage the flow of a great deal of information through complex commercial supply chains. And by the time serialization is fully implemented, she thinks it’ll impact most all biopharma service providers, at all junctures of the supply chain.

For sponsors already managing their commercial products, the first step may be to “rationalize the packaging base, which is an interesting concept,” she says. “When I started in the industry, we partnered with CMOs mostly driven by what dosage form they could manufacture. We’d say, ‘Okay, you also have a packaging line. It’s just simpler to have it all in one place.’

“However,” she continues, “some of these partners don’t appear to be getting ready fast enough to serialize products. We’re pulling packaging from them. They can still make the pill, but we’re not going to let them package it. We need serialization to happen in time for the initial deadline [in 2017]. If I look back, I would have done it differently. Packaging has turned out to be an even more critical competency in our supply chain. The serialization rules have really driven part of that.”

As a recent example, Sally says her marketing team wanted to directly present doctors with an advanced startup kit – or physician sample – of an enhanced (patient- and doctor-friendly) drug configuration. “We’ve found our CMOs who make the pill today often can’t help us in this type of initiative,” she explains. “We need to move to an established, pure packaging specialist. They are serialization-ready now – and if some aren’t, they’ll have serious challenges.”

She concludes: “Serialization, then, is perhaps the trend – whether forced by regulation, made possible by advanced technologies, or driven by societal needs –that is most important to the biopharma supply chain today.”

So there we have it: three trends, some strategic suggestions and insight to ride them out, but absolutely no state secrets. Here’s hoping everyone stays competitive.