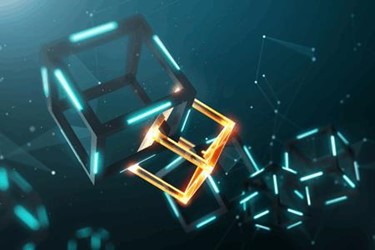 The world’s first biopharma built on blockchain technology has arrived.

“We’ve created a new generation of pharmaceutical company, focused on dispersed product development through the use of today’s technology,” says Dr. Matthew Lee, Caywon Pharmaceutical Group’s VP of Innovations, and a founder of its new software subsidiary, Lyon Stone.

Most important for Outsourced Pharma readers – and as per our recent editorial – blockchain is now duly unleashed on drug development outsourcing and external supply chains. 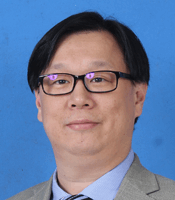 Blockchain technology – simply defined for our purposes here as a fully distributed and fully secure and entry-controlled database for drug owners and service providers – allows an organization to:

(a) solicit knowledge and analysis from multiple potential service providers for a potential project (yes, nearly unheard of previously); and

Key is that both these items are accomplished while securing intellectual property (IP) and the physical asset as it develops.

From his U.S. base in Houston – other locations are in Hong Kong and China – Lee tells me Caywon was founded in 2014 “by a group of IP attorneys.”

“I have a PhD in computational biology,” he says, “but this certainly is not your typical pharma-space organization characterized by scientists at leadership positions.”

I query Lee about the specific mission of the new company. “We will take advantage of areas where the valuation of drug-development IP, and the power of blockchain technology, can create a digital drug-development supply chain that matches the actual physical one, initially for the creation of new generics,” he replies.

The potential scope of collaboration (virtual and actual) is broad, i.e., numerous service providers can contribute openly on a project, or the assessment of any potential project being considered. Compare that to today’s outsourcing environment, which remains beholden to a lingering system of traditional, “Big Pharma drug development” that revolves around a highly centralized model and select partners. “We are decentralizing that development process,” explains Lee.

“Be it a generic drug, innovative product, or something in between, we’ll use highly decentralized teams and partners to achieve maximum flexibility, and minimum development cost on a product-by-product basis.” He adds: “Perhaps we can best characterize Caywon as a ‘product definition company.’”

Let’s take a new generic drug project as an example. First, Caywon will initiate an overall review of branded ‘Drug X’ and its IP position, utilizing a decentralized team sourced globally, then gather data to analyze whether it retains a strong commercial market, and is a worthy (financial) target to develop a project around. Instead of traditional outsourcing to physical labs or other facilities to perform research to determine whether to move forward, Lee says via blockchain participation “we will build up a virtual information store from collaborators.”

In the next stage, Caywon and blockchain participants decide if the actual (physical) product development and manufacturing can in fact be outsourced to CDMOs and other partners. “This all comes together without hiring a team of experts either full or part time, but through this network of information collaborators,” says Lee.

“We expect CDMO participants will say, ‘Hey, we’ve spotted an opportunity here that we can help you with.’ We can turn that knowledge into an asset we can fully control, because it is protected within the blockchain. Drug developers until now really had no way to collaborate so openly with CDMOs.”

But will in fact potential collaborators be so open to sharing their insights on product development with Caywon?

Lee says absolutely, because they create “a new reward and incentive system through blockchain.”  One example that gives Lee his confidence is the success of Article One Partners. That company started out in 2008 to crowd source IP-related data by offering “bounties” on behalf of clients who need the research done.

Lee says that by offering financial and other incentives to the service-provider community for a given task, Article One Partners can “quickly source the best scientific literature research that no single research firm can match.” The company has grown to a community of over 37,000 researchers across 170 countries, according to Lee.

“People love to share knowledge,” he says. “If you give them a mechanism to share their knowledge and be rewarded for it, they will do it.” He adds: “Now with blockchain, every pharmaceutical company can potentially become its own Article One in drug development and manufacturing.”

From IT To IP

Lee, however, remains grounded in current realities. He has not fallen into, shall we say, a “virtual unreality” when it comes to the biopharma industry as it operates today. He reminds me there remains “a barrier between we pharmaceutical experts looking to translate our knowledge, and those IT professionals who are the blockchain technology experts.”

The question is: “How do I make them understand what we are doing, and to create a system that helps with our total workflow without becoming a hindrance?”

“Just look at other areas of health care,” continues Lee. “IT people say, ‘We understand you have to digitize health care and need electronic medical records; we’ve got it covered.’ But then ask doctors; few like their electronic records system. IT people created systems where doctors spend more time typing than practicing medicine with patients.”

Lee calls this an “illogical knowledge translation” and “a blocker that must be avoided as biopharma enters a fuller digital transformation.”

Unfortunately, according to a recent McKinsey study, in terms of “digital maturity,” the pharmaceutical industry is next to last among eight major industries studied, only ahead of public sectors.

“We need the combination of deep pharma domain knowledge and improved IT implementation,” says Lee. “Having a supply-chain platform friendly to domain experts is essential in unlocking the value of know-how trapped inside their heads – wherever they reside.”

Caywon believes one bridge between domain knowledge and IT builders could be in software applications for blockchain technology, such as one called Crowd Machine. The creators of Crowd Machine and Caywon recently announced a collaboration that Lee tells me will allow “development projects to be effectively decentralized, and the traditional corporate, national and IP boundaries should no longer be limiting factors for how parties can work together.”

Starting In The U.S. And China

Initially, Caywon will focus on developing generic-drug assets where the company can “take advantage of China-US dual filings.”

According to Lee, more lenient drug filings have resulted from changes in China’s pharmaceutical regulations regarding “virtual drug development,” and allow a developer to hold a drug license without owning a manufacturing facility in China.

Caywon looks to become one of the first drug companies to take advantage of this new environment – with the blockchain model. Caywon will focus efforts on “product definition, project management, and dispersed outsourced manufacturing, to assemble a diverse portfolio of drug products that would not be possible under conventional models.”

More expansively, Lee envisions a future biopharma industry where many organizations can advance “a distributed partnering model for supply-chain workflow that can be re-configured on-the-fly.” At the same time, these companies will “maintain the highest level of data integrity, manufacturing quality, and product safety through the use of blockchain technologies.”

“Eventually,” says Lee, “we hope blockchain becomes commonplace, and actuates an all-encompassing vision to include end-to-end drug development and manufacturing. But that is not going to happen overnight. So right now we're focusing on our initial mission. We’ll see in a few years times where we can go from there.”