The Remarkable Rise Of Japan's CDMOs 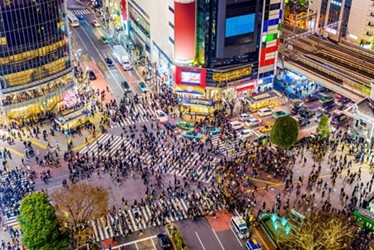 My family’s just back from Japan. A lot of cherry blossoms … and shopping.

And as has been the case for years, the Japan economy experienced firsthand feels demonstrably superior to its characterization in almost any outside economic or industry reporting.

The other day CNBC’s David Faber juxtaposed his recent visit to Tokyo and the less-than-optimal outlook for Japan’s economy being discussed on air: “But I have to say, I’ve never seen as much shopping going on as I saw in Japan.”

Does this dichotomy hold up for our biopharma industry?

According to the CPhI Japan Trend Report 2019, it appears so. For example, the report says there are two schools of thought on the potential in Japan for innovative medicines.

One says Japan is no longer a market rewarding innovation, because of “recent regulatory changes and price controls.” The other says ignore all those “loud noises” you may be hearing; an examination of the fundamentals show a profitable “pricing structure” is still in place, and remains settled over “a high-income population.”

The report does point out, though, that the most notable trend in Japan’s pharmaceutical market is “costly long-listed products” being replaced by the continuing growth of the generics and biosimilar industries.

But for Outsourced Pharma readers, allow me to point out another trend I’ve been following for a while:

The CDMO industry in Japan is on the rise.

Over the years, the emergence of Japan’s contract development and manufacturing industry has been incremental. So much so the trend hasn’t received the headlines we might have expected. Here are some examples:

In April 2019, it was announced that Osaka-based GeneDesign, acquired by Ajinomoto in 2017, is now also fully integrated with previously acquired San Diego-based Althea (2013) and Belgium-based Ajinomoto OmniChem, to form the new Ajinomoto Bio-Pharma Services.

Not to be outdone in 2019, FUJIFILM acquired Biogen (Denmark) Manufacturing ApS, a large-scale biologics manufacturing site located near Copenhagen, Denmark. Fujifilm began a relatively rapid ascent in 2011, when it began broadening its presence in the contract development and manufacturing space by acquiring Merck’s BioManufacturing Network. Those assets include facilities in Research Triangle Park, North Carolina and Billingham, UK.

In 2017, Bushu Pharmaceuticals Ltd., one of the original Japanese contract organizations, and who lists “affiliations” with companies like Sandoz, Novartis, and Japan’s Shionogi & Co, expanded capabilities when Takeda spun out part of its pharmaceutical sciences/CMC business — known now as Spera Pharma, Inc. — to Bushu. And the company (via equity backing by Baring Private Equity Asia) is seeking more acquisitions.

These and other moves in the industry inform us that just as Japan Big Pharma has internationalized, behind the scenes – a natural location for them – CDMOs have quietly done so as well.

Most of the activities I outline above are directly related to expanding services in the broader biologics and cell therapy areas.

It’s been a while since the world was reading headlines of the Japanese making a major impact in one global industry sector or another. But that might be what’s starting to happen in our industry, if even on a somewhat limited scale.

Limited because CDMO competition is globally robust. Still, from my personal experience – and based on what biopharma executives have been telling me for quite a while in private conversations – Japanese quality married to foreign expertise, and more competitive pricing, is setting up the “Global Japanese CDMO” as a force in the competition for new biopharma customers.

Back To The Reported Future

Let’s return from my sidebar to the CPhI research.

Notably, Japan’s score in the perception of ‘growth for the next year’ in pharmaceutical sales saw a year-on-year increase of nearly 10%. The country now ranks ahead of all EU nations and South Korea – and only behind the United States – when considering all “mature pharma markets.”

The country also finished tied at the top with Germany in terms of “perception of pharmaceutical API manufacturing,” and tied with the USA and Germany for “finished product manufacturing.”

Moreover, running counter to the sentiment expressed above by some pundits, Japan was ranked second to the U.S. “in terms of innovation.”

Specifically in the biologics sector, potential market growth was also second only to the U.S., “perhaps recognizing the substantial potential for biosimilars in 2019 and beyond.”

Finally, the Japan workforce is viewed as being imbued with “substantial pharmaceutical expertise”; the country finishing alongside the U.S. and Germany as the top ranked nations in the report’s workforce category.

Consistently over the past 24 months, biopharma professionals involved in drug development and manufacturing that I’ve interviewed, spoken off the record to, or met at Outsourced Pharma conferences or in other venues, have told me of up-coming or just-completed trips to Japan to meet with outsourcing partners.

As usual, there’s a lot of shopping going on in Japan.