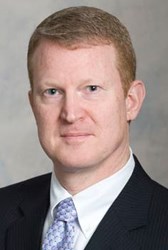 BIO Boston in 2000 saw mass protests  – they wanted “us” out of their genes, they said. By the next year at BIO San Diego the human genome had been unlocked.

The first Biotechnology Industry Organization (BIO) annual conference and exhibition I attended was in 2000 in Boston. Early registrants had to be accompanied through cordoned walkways by Boston police mounted on large horses. There were crowds of people, some quite angry, waving creative signs and yelling about staying out of their genes and stopping the altering of their food.

I am not one to be overly squeamish, but I remember thinking it was fifty-fifty: Either a protester would get me or I would be trampled by one of the horses. I was working in economic development for the state of New York as a Senior Director of Industry Development, and had just been handed the biotech industry cluster. Now I thought I knew why. Maybe I should have asked a few more questions.

Inside the Hynes Convention Center, I was disappointed at the start of the opening plenary speech given by BIO President Carl B. Feldbaum. Perhaps I was thinking more along the lines of Charlton Heston waving a prop above his head. In hindsight, Feldbaum got the tone right. Here is what he said towards the middle of his speech:

“Progress and prominence will always require more, not less, attention to ethical and social responsibility. Which brings me back to protesters; not those who participated in the Boston Tea Party, but those outside our conference. Because of our accelerating progress and prominence and the bioethical issues raised by our technology, protests likely have become a fact of life, not just for BIO 2000, but for years to come. That's not all bad. Peaceful protest is a tradition in our country.

We are sensitive to the concerns of those who disagree with us and we want to engage them in peaceful discussion… There are, however, limits to First Amendment rights. You can't yell FIRE in a crowded building to start a stampede when no fire exists. You can't incite people to riot. Just as the protesters have a right to assemble and voice their concerns, we also have a right to conduct our meeting.

The protests we face now and in years ahead represent the growing challenge of maintaining public acceptance for biotechnology. In the long-run, public acceptance will determine the pace of our progress in all applications of biotechnology. We cannot risk slowing down our efforts to find new therapies and cures; to help developing nations feed their people; to conserve limited natural resources; and to keep cleaning up our environment.”

The media enjoyed both shows, ours and “Biodevastation 2000.” This from an article in Organic Consumers. “The rally began as people dressed as freakish half-tomato, half-fish mutants, among other creatures, arrived at Copley Square. They were met by squads of police on foot, on horseback, on motorcycles, and in cruisers. Officers also kept an eye on the day's events from a helicopter and from the rooftops of several buildings.” (Note: Of course my hotel happened to be the middle of the battleground.) The demonstration capped three days of a counter-conference…Organizers of ''Biodevastation 2000'' yesterday said the march, and the three-hour rally in Copley Square that preceded it, offered proof that the fledgling movement is catching up with those in Europe, where protesters have forced governments to rethink the sale of genetically modified foods.”

By the next year at BIO San Diego the human genome had been unlocked. Many of the protesters were there, but the atmosphere outside seemed somewhat subdued. (Maybe I just missed the Boston police horses.) However, if I had been disappointed at the lack of dramatics at the beginning of Feldbaum’s plenary address in Boston, he made up for it here at San Diego 2001:

Islam has the Koran. Christianity has the Gospels. Judaism has the Torah. Now we, many here in this room, have gone up the mountain and come down with what: the map of the human genome.

Well, let me pretend to be your prophet for a few minutes. I have a warning for you: Do not bow down to this. Let’s not confuse the profundities of science with the depths of faith. As an industry, and as individuals, we will have to work intimately with both.

Assembled here in San Diego this week are the explorers of our small but expanding universe. Allow me to say that the technology you have achieved is remarkable. The technology you will be talking about this week is astounding, and its intended uses are compassionate. Our temptation is to tell people: “Wait till you see what we have for you! We are going to change your lives for the better. Feel free to show your gratitude any time now.”

And somehow: All of them are not entirely grateful. Many are suspicious. Some are even angry.

As president of BIO, I hear their questions. Recently, I’ve been asked:

My talk today is on “Keeping the Faith.” I want to cover religion and science, scriptures and the Constitution, revolution and faith — in the next 20 minutes. Am I crazy or what?”

Now that was the fire and brimstone I was looking for. Feldbaum did an admirable job of framing the discussion and tone for the next few days, and into the future. The conference was a success, and what I thought particularly notable was the growing global participation. According to BIO, nearly 5,000 international participants, over twice the number the year before and representing 44 countries, attended the 2001 conference.

And so into the global future of biotechnology we went. Now we head back to San Diego for BIO 2014. What are the big questions this time? Will this year be more about M&A, stock prices and investor capital? The continuing search for (or end of) blockbuster drugs? The morphing of biotechs into big bio and even to new pharma?

See you there to find out. By the way, anybody know if there will be horses this year?