The Creation Of Shire's Outsourcing Model 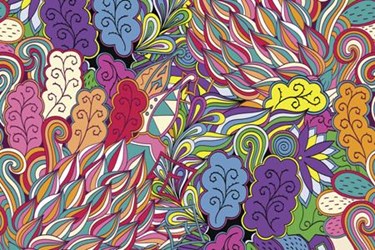 Portrayed was a global web of locations for API, finished dosage, packaging, testing, distribution, and combinations of those and other services. Sensing the wonderment of the attendees – biopharma outsourcing professionals in their own rights – Sundararajan commented, “Yes, we have a complex network of CMOs, and it’s growing.” Then, as if visualizing further proliferation as he spoke: “We’re probably over sixty by now.” 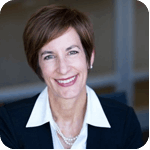 A colleague sharing the stage, Charlene Banard, SVP Quality, elicited equally awed expressions when she detailed a CMO-evaluation dashboard. “I’m always a little hesitant to put up some of our dashboards,” she said, “for fear they might make people’s heads spin at first. But they’re designed to show at a glance how our suppliers are performing, and where we need to focus our efforts.”

Rounding out the Shire team was Srini Tenjarla, Shire’s Head Global Pharmaceutical Sciences. His department is responsible for small molecules, including CMC, aspects of API and drug product, and NDA submission, in what he said is “a one-hundred percent outsourced model.” 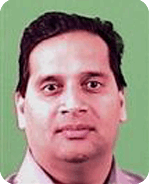 Approaching $7 billion in annual sales, and fully reliant on outsourcing, no other biopharma today engenders more wonder at its business model than Shire. How does it all fit together? How is it managed?

“I joined in 2010,” says Sundararajan, “and essentially was told, ‘Help create an organization that can support outsourced manufacturing.’”

Mission accomplished. Today, Shire’s spreading that knowledge throughout the industry. We’ll look at items such as how to handle supplier relationships passed along via M&A activity, and keys for evaluating CMOs and suppliers, in a follow up article. 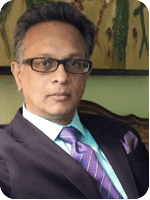 Let’s start, though, at Sundararajan’s moment of “creation,” a revelation of the most fundamental precept for successful outsourcing today.

The subject of creation, to the truly inquisitive mind, starts with the question of what came before.

Shire makes clear the patient was always there. The “Shire Way” starts with the belief that, as Sundararajan says, “the patient can’t see a difference between a product made in a traditional, fully vertically-integrated supply chain, versus in a fully-outsourced supply chain. Quality and availability must be exactly the same.” He adds: “Given the criticality of what we do for our patients, and the complexity of our supply-chain, we must employ an effective way of governing our CMOs.”

The virtual creation, then, starts with this new governance of external partners. Yet the word governance doesn’t capture the overall feeling within the Shire model. It’s actually more parts benevolent than authoritative.

“I worked at companies where we outsourced manufacturing,” says Sundararajan. “There was a lot of finger pointing every time there was a batch issue. Nobody was happy; not the sponsors or any of the CMOs. I knew it wasn’t the right approach.”

Or attitude. According to Banard, even from her quality standpoint, “When we think about our CMO relationships, we think of them as if they were an internal manufacturing operation,” she says.

We’re not suggesting Shire is the first or only company to decide CMOs and suppliers are partners (rather than necessary business antagonists). We are, though, pointing out that Shire has the enviable track record for aligning behavior to this credo. As soft as this sounds, Shire confirms that outsourcing is firmly based on seeing partners, not providers.

“It’s still a journey,” says Sundararajan. “We’re educating companies that there are different ways to do things.”

Tenjarla, Head Global Pharmaceutical Sciences, starts this education upstream at CROs: “As much as we can know ourselves, we share with CROs, in terms of expectations for working with them each year. It makes a big difference from their planning perspective. Productivity and outcomes are enhanced by this openness.”

He continues: “We share videos of patients, and introduce patients to our CROs. There’s an incentive, a shared passion, for what we’re all doing. It leads to mutual understanding. For example, there are cases where we feel an honest mistake has been made at a CRO, and we’re flexible enough to help absorb associated costs, as opposed to sticking to the law in agreements. These things add up to the building of success on all sides.”

Apologies beforehand (!), but the last place most of us expect this flowing flexibility is from a biopharma’s quality department. Yet – to a degree, of course – even SVP of Quality Banard agrees with all this. “You have to be able to articulate the value proposition of this approach to your company,” she says about forging productive relationships. “Now, there’s no way you can just do this out of the goodness of your heart. That’s not what we’re suggesting. But we have learned putting the relationship into strategic terms, and managing for some type of win-win, brings a combined competitive advantage to the marketplace.”

Banard attributes a good deal of this thinking to David Lowndes, a supply chain SVP at Shire. (For more on Lowndes’ thinking, see here and here.) “He’s driven this approach passionately, and been able to articulate the value of a collaborative and integrative relationship with CMOs.”

Yet, says Sundararajan, today the norm remains for Big Pharma to enter into transactional relationships with providers. “They may call it strategic, but that’s only because of the amount of dollars that are involved,” he explains. “For us, it’s truly a partnership we are offering the CMO. That keeps us important and valued with CMOs when competing for resources and capacity with larger pharma companies.”

Sundararajan offers the example of helping a CMO reduce the release time – a 27-day cycle – for a specific product. Two of his team members spent a week at the CMO’s facilities. Together, they were able to “reconfigure the labs, retrain staff, and get the cycle time down to two days.” Shire periodically checks back in with the CMO. “The initial effort was done four years ago,” says Sundararajan. “They’re still running between two to four days.”

Another example relates to driving deviation reductions. Again, a relatively small up-front investment resulted in dramatic productivity gains, and partner appreciation. “In this instance, we went to our CMO’s facility to interview their operators, look at the track-wise data, and try to understand why a series of batch deviations were occurring. Over a short period of time, we realized many deviations were due to complexities related to the manufacturing batch-records. We rewrote those, eliminating 30 to 40 percent of the entries the operators needed to make. Deviations started to disappear immediately thereafter.

“It doesn’t take a lot of effort, but it creates a lot of value,” concludes Sundararajan.

Actually, much more than that, it creates the virtual biopharma model.

This article is based on the session, SHIRE'S APPROACH: The "golden rule" in outsourcing partnerships, at Outsourced Pharma Boston conference, Westin Copley Place, April 20-21, 2016.