The Best CDMOs Are Redundant 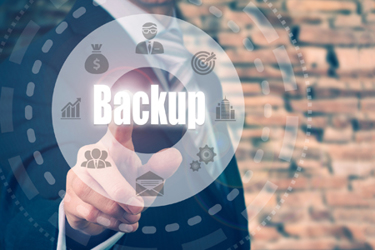 For outsourcing sponsors and their external partners to navigate the convergence of lingering Covid-induced supply-chain challenges – capacity gaps, materials shortages – with a declining macroeconomic environment – inflation, rising interest rates – the two sides must work together.

One way we do that, says Perry Calias, Chief Operations Officer, Revolo Biotherapeutics, is to utilize the strategies he’s habitually put into practice to empower both sides of the outsourcing equation.

Can You Repeat That?

In the teeth of the Covid outbreak in 2020, Calias was hired to ply his outsourcing prowess at a company just completing a restructuring – “starting all over again from scratch” – to focus on autoimmune and allergic diseases.

“I took an academic-created His-tag [polyhistidine-tag with a particular amino acid motif in proteins], and in eight months working with external partners we made a cGMP lot – in the middle of Covid,” he starts his narrative.

“My first year, I did four tech transfers and made drug. I transferred everything in the program from the CDMOs I inherited to Corden[Pharma], for the main reason I knew of their capabilities, and they had internal redundancies.

If their GMP site in Colorado were to have issues, says Calias, “they have another one.”

“They were doing pre-development work for us in Germany, which followed the same protocols as the one in Colorado, so the scale up would go well. They are bringing up another GMP site in Germany, so for our peptide, they have the capacity to go to commercial. We’ve already gone from bench to 500-gram scale for our peptide ‘1104 that is currently in Phase 2 trials for Eosinophilic Esophagitis (EoE0 and allergen sensitivity)."

From here, Calias quickly moves his narrative to a focus on ampicillin. Revolo is currently working on a protein therapeutic, ‘1805, for the treatment of patients with moderately to severely active Rheumatoid Arthritis (RA), and ampicillin is critical to its production.

“Ampicillin, wow,” he says. “I only found a few places in the world I could work with. I picked the one that has a site in Waltham [MA], which was becoming a GMP facility, because they also have a second location in Lithuania.”

"Now, who wants to go to Lithuania? I could have gone to Spain, or India. But I found Northway [Biotech] through my network, and I thought they were a better fit mostly because they had the redundancy with the Waltham site.”

We could go on (and he did), but the bottom line:

“Pick partners with internal redundancies because bad stuff happens. Things go wrong, lyophilizers go down. We've been very fortunate in this regard.”

“I live by outsourcing, right?” Calias says in his typical rhetorical style. “So the other component of this redundancy is learning how to work collaboratively with all parts of the CDMO you select.”

“I know the CEO of bio-analytics specialists Ardena – a Dutch firm that’s fantastic. I’ve met the CEO of Corden several times, and have met with the Lithuanian groups for Northway, both in Waltham and Lithuania. I talk with the PMs on Zoom calls constantly – sometimes daily.”

He gives an example of a situation where a cell bank that “wasn’t producing.” He transferred it to a new provider. “Eight months later we had GMP material, and I made a tox run in the middle,” he says triumphantly.

But it wasn’t easy.

“This was the middle of Covid. I was living on a tectonic plate. Every morning something shifted. For example, because this was a His-tag, I couldn’t get a cleaving enzyme. Qiagen was the only manufacturer. Guess what? They also make a bestselling Covid diagnostic test. They stopped making the enzyme we needed.”

Calias says he was promised a certain number of units in February. “Come March, they’re not there,” he continues. “I called the CEO, Thierry Bernard. I said these clinical trials will be stopped because of this."

“To give him credit, he went out and qualified two labs to make it for us.”

Meanwhile, he adds to the narrative, “the Northway team in Lithuania took up the challenge of the cell bank, and figured out how to double efficiency.”

“I ended up not needing as much of the enzyme as I thought. And Qiagen let me off the hook. They didn't charge me for the full order!”

“This particular reagent is a million dollars per run. You normally buy it for lab scale. No one in their right mind would do a large-scale purchase. I had no choice because I already had a CTA ready to open.”

I slow Calias down to ask him how a small company like Revolo works such magic with these busy (and usually much bigger) CDMOs.

“I'm not shy,” is his first response. Then: “I especially get to know the PMs [project managers]. I’ve even had some of them over to my house!”

“I am utterly transparent with them. I treat my CDMOs as my technical people. They are part of the company. They're my FTEs. They are not a separate provider.”

Which elicits a new narrative.

“Recently, we were going from one scale to another, and moving to a new group at Corden, so I gave them our company presentation. I showed recent data, the clinical trial design.”

This, says, Calias, is rarely done. I told them, “You guys are responsible for potentially saving lives. I need your best.”

On the other side, Calias isn’t afraid to give back. He provides this example.

“We were doing final development, and the CDMO was done. I looked at the scientists on the screen and said, ‘Can you do better? Are you happy?’

“That's fine,” Calias replied. “Forget about money. This is your program. Are you done optimizing? Do you think this is the best it can get?”

One scientist spoke up. He thought improvements could still be made.

“We had a couple months. We were actually early for once,” says Calias. He told them to go for it.

“My goal in life is to get from A to B. That's my job. And I'll get there in the most efficient manner,” he concludes.

All it takes is redundancy sweetened with mutual respect.