Should Your CDMO Become A 503B? 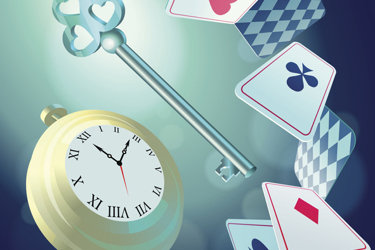 A reader pulled me down an Alice-In-Wonderland rabbit hole.

I’m glad she did.

If you read the headline above and thought, “What exactly is a 503B?” you’ll be, too.

But we won’t make this a disorienting adventure. Instead, we’ll learn what this group of “outsourcers” does, its (government-defined) parameters of operations, and how it might connect to your own drug development and manufacturing activities – more precisely, your CDMOs.

The catalyzing reader was Cindy Karapanos, a career-long 503B specialist.

She reached out after reading some of our Outsourced Pharma editorials, particularly one featuring Martin Van Trieste, CEO, Civica, and another with Argonaut Manufacturing Services, Inc. CEO Wayne Woodard, both touching on the subject of domestic drug supply.

"They go to an idea I’ve been hoping to discuss with you,” she said.

Karapanos wonders why more CDMOs are not also becoming 503B-licensed. She is passionate about “creating visibility to agile, domestic drug-supply-chain solutions.” 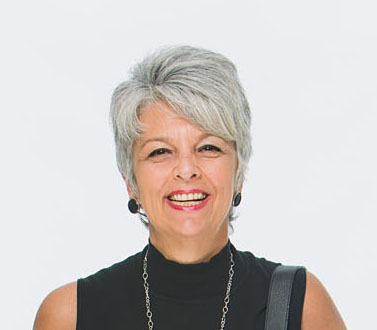 “Americans depend on receiving high quality drugs when they need them,” she says, and believes your CDMO partners may be able to shore up supplies of drugs in shortage but still in demand.

My conversation broadened to discussions with the aforementioned Van Trieste and Woodard, who has considered dedicating some of his facility to 503B manufacture, as well as another CEO, Kurt Nielsen of Pharmaceuticals International, Inc. (Pii), a CMO that recently did become a 503B.

Specifically, we chased down the answers to three fundamental questions:

We’ll get to all three of these, but let’s start with that original question: What exactly is a 503B?

The 503B narrative begins in 2012 with some final-straw, infamous conduct in the pharmaceutical compounding industry.

The FDA – and patients – reached a breaking point when the New England Compounding Center (NECC) suffered quality lapses associated with contaminated steroid-injections compounded and produced at its facility, resulting in a meningitis outbreak: 800 patients were sickened; 100 died.

As a designated compounding pharmacy – or 503A – NECC was to only compound and distribute drugs prescribed by doctors for specific patients with needs that can't be met by commercially available drugs.

However, and apparently not alone, NECC began to function more like a drug manufacturer, by producing drugs for broad use rather than filling individual prescriptions.

While the original 503A designation related to patient-specific compounding practices traditionally seen in pharmacies, clinics, and hospitals, the new 503B designation governed outsourcing facilities.

Under Section 503B of the FD&C Act, what are referred to as “outsourcing manufacturers” when properly licensed and registered, can compound drugs in unlimited quantities – without first receiving prescriptions – if they are:

compounding (also referred to as “manufacturing”) drugs for which there is a recognized drug shortage and clinical need;

using specific ingredients (including API) as identified on an FDA-maintained “bulk list”;

not compounding drugs that are essentially a copy of one or more approved drugs, nor interfering with approved medications a pharmaceutical manufacturer is actively producing.

For those readers further interested, here is the latest 503B-facility guidance (May 2018) from the FDA.

There were just over 60 FDA-registered facilities as of this writing. (The FDA-published list is here.) This number fluctuates – perhaps a positive indicator the FDA is in fact closely regulating these facilities.

It may also indicate a limited business/market opportunity … but let’s not get too far ahead of ourselves.

For our purposes here, we should understand the actual operations of a 503B differ (by federal and state laws and licensure) from that of our traditional CDMOs (or biotechnology and pharma companies themselves).

One example is 503Bs are not required to test incoming API for potency or sterility. Because API is ostensibly from the same source as the original drug sponsor, they can operate based on the certificate of analysis received from the API distributor.

“If a drug is listed as out of supply and clinically needed, and the FDA puts it on the bulk list, 503Bs will consider it – if they can determine there is in fact a market to serve, and some opportunity for profitability,” begins Karapanos. (More on profits later.)

She cites a typical drug compounded at 503Bs.

“Neostigmine is primarily used by an anesthesiologist or emergency department physician to reverse the effects of anesthesia medications used during surgery. It is sold by the manufacturer in vials.

“A company I worked at was able to source the API, but instead of making it in a vial – because 503Bs are prohibited from preparing compounded drug products that are a copy of commercially available drugs – we saw an opportunity and a need for a syringe, in a ready-to-administer format.

“Once the drug is in formulation and has been validated, the 503B has to do the analytical testing to make sure it's sterile, the right potency, etc., then hold the product in quarantine for 14 days prior to shipping, until receiving those test results confirming the product meets the quality specifications.

Currently, though, there are only four traditional CMOs on the FDA-registration list.

Karapanos wants to know why so few.

Again, she believes if more U.S.-based CDMOs would take on some of this 503B business, it would help alleviate drug shortages and supply-chain challenges this country frequently experiences at its hospitals and other point-of-care facilities.

For the CDMO, there appear to be no particular tax benefits that would accrue in the manufacture of materials via 503B-designated facilities (when compared to other pharmaceutical manufacturing.)

However, as most all CDMOs and biopharma manufacturing organizations know, state and local governments often offer tax and other benefits in return for more capital investments, worker retention and new hiring, or facility upgrades and build outs.

Potentially, working with any taxing authority or economic development agency on a 503B-related project could, at a minimum, bring to the community the added interest of the CDMO mission: alleviating shortages of essential medicines needed at (local) hospitals and health-care facilities.

We shouldn’t leave off without mentioning one more financial consideration involved in becoming a 503B.

As we’ll see in part two, taking all the above into consideration, there are in fact some interesting benefits and opportunities for CDMOs that become 503Bs, drug developers and sponsors that utilize them, and most important, patients in the U.S.