Ranbaxy Revisited: Why We Need To Look Back 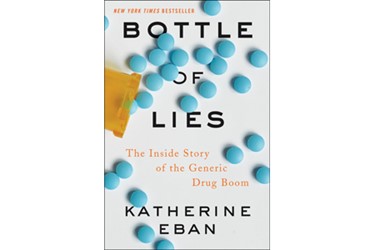 The fraud, deception and damage Ranbaxy Laboratories Ltd. of India perpetrated around the world a decade ago in the form of shoddy and dangerous drug manufacturing practices, is legendary.

It’s time to look back. Why?

We learned from Ranbaxy that the villains can include leaders in the U.S. Trying desperately to get cheap HIV drugs to patients around the world was valiant of the U.S. Doing it by pressuring regulatory and organizational acceptance of Ranbaxy-like standards was misguided.

Ranbaxy – a single, unethical pharma company – demonstrated that our villains can number in the thousands.

They compose legions of complicit individuals like those working for Indian or other unscrupulous biopharma developers and manufacturers; they are entire bureaucracies and organizations, even as rarefied as the FDA, which at times take action – or inaction – based on outside pressures.

And so we need heroes.

We also learn from the Ranbaxy saga heroes exist, work at the same companies and within the same organizations, and risk much to go against wayward leadership.

A Culture Of Lies

All this comes out in the meticulously written book, “Bottle Of Lies: The Inside Story of the Generic Drug Boom,” by investigative journalist and author, Katherine Eban.

Ranbaxy was an Indian pharmaceutical company specializing in only this: Banging out first-to-file Abbreviated New Drug Applications for generic drug products (ANDA) to obtain FDA approvals. The benefits of first-to-file, as described by Eban, allows a pharma company “to reap a big reward: the right to sell its drug exclusively for six months at close to the brand-name price.”

Ranbaxy also worked as a contract manufacturer, including to Big Pharma.

The company systematically falsified drug test data (or never tested drugs at all). They lied their way through and gamed the FDA-system of drug approval from start to finish.

Ranbaxy generics were riddled with dangerous impurities, contained the wrong amounts of API (or no API), and were made in thoroughly non-cGMP processes and activities.

They hid where drugs were actually manufactured.

And for too many years, Ranbaxy was allowed to supply us those drugs.

Some Outsourced Pharma readers have read “Bottle Of Lies.” As one of you told me: “It’s terrifying.” I suggest all readers think about picking up this New York Times bestseller.

Here I aim only to introduce a few of the heroes and villains around whom Eban creates her storyline.

The FDA (and U.S. Justice Department) was unable and unwilling to cope with Ranbaxy for too many years; they were conflicted by outside considerations other than drug safety. The reasons were mostly political, and we can’t cover them here.

For me, though, the foremost villains in Eban’s telling are those who used Indian “culture” as an excuse for amoral behaviors. They include FDA inspector Mike Gavini, whose “inspections” of Ranbaxy and other Indian facilities was nothing less than dereliction of duty.

I’ve lived long periods of my life outside the U.S., and done business globally for many years. I know cultures differ.

But culture can never be a reason for systematic fraud, or for participating directly in or looking the other way during the production of unsafe drugs.

If country culture plays such an outsized role in determining the behaviors of leaders and employees, then should those behaviors not be conducive to scrupulously following cGMP manufacturing practices and regulations, we must stop having our drugs made within that country.

At least until it can be thoroughly verified that circumstance have changed.

Unfortunately, in these years since Ranbaxy, drug safety issues continue to persist, and none more abundantly than in China, another country claiming unique cultural aspects.

Back to the FDA … and U.S. “leadership.” Even with rampant, evident, and perilous behaviors at Ranbaxy – the FDA documented falsified analytical and other process and batch data used in ANDAs – it took the U.S. nearly a decade to stop drugs flowing from that company.

How many patients around the world were harmed or died because of this inability to act? We will never know.

Dinesh Thakur of Ranbaxy sacrificed career, risked his life even, and imperiled his relationship with his family, to come forth as the whistleblower. He was an employee at Ranbaxy, and witnessed/uncovered the corporate-led fraud and deception there.

Largely because of what he initiated and then endured, after eight years, in May 2013, Ranbaxy pleaded guilty in the U.S. to multiple criminal felonies. The company agreed to pay $500 million to resolve criminal and civil allegations of falsified drug data and systemic manufacturing violations resulting in substandard and unapproved drugs. It is the largest settlement of its kind against a generic drug manufacturer.

Still, none of the individuals who led the fraudulent activities were held accountable.

As Eban writes: “Thakur had turned to the United States to intervene on behalf of patients around the world, a calculation that he’d made at a dark moment, knowing nothing about the process he might end up triggering … For eight long years, he’d witnessed the creaking and imperfect legal machinery of the U.S. government up close.”

There were heroes at the FDA, despite the agency’s general failure to perform. One was Office of Regulatory Affairs special agent Debbie Robertson, who believed in Thakur, and would not let the bureaucracy smother what he’d found. Eban quotes from Thakur’s letter to Roberston when she retired in 2011:

“It’s hard for me to put in words the comfort that your steadying hand gave to me during the early years of the investigation. Whether you realize it or not, our emails and calls helped me through one of the most difficult periods of my life.”

Another super hero at the agency (and the antithesis of inspector Gavini) was facilities inspector Peter Baker, who would not let Ranbaxy get away with their manipulations.

Crawling through garbage bins to retrieve shredded test results, breaking with the ill-advised policy of informing companies weeks before performing inspections, and never turning down even a dangerous assignment to inspect a facility on his rigid terms, Baker was a savior for patients around the world.

Finally, we remember Ranbaxy so as not to forget the real victims: Patients and consumers around the world who were not able to get well, made sicker, or died because of Ranbaxy drugs.

Sad to say, the international environment pushing for the cheapest manufacture of drugs has not fundamentally changed since this sordid story started to unfold over a decade ago.

We still abide by the “first-to-file” ANDA rule; Ranbaxy actually taught others how to game the system.

The FDA remains unable to inspect many offshore locations feeding our drug ecosystem.

The U.S. is reliant on generics to prop up a house-of-cards health-care system, now with perhaps 90% of our drugs cheaper generics.

We could go on.

But for here, the takeaway for Outsourced Pharma readers in 2019:

More than ever, because so much of the industry today is based on development and manufacturing partnerships, remember your vital role as our industry’s unsung heroes, making the right decisions for patients above all else.