Roadmap To U.S. Drug Manufacturing: Outsource And Build At Home 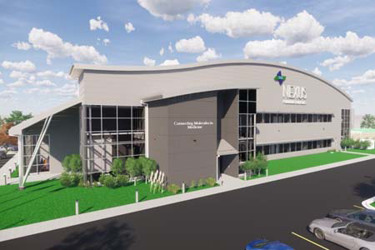 Mariam Darsot is founder, CEO & President of family-run injectable drug company Nexus Pharmaceuticals Inc., of Lincolnshire, Illinois. She believes for a company of its size and category, Nexus is unique.

Some of her experiences are as well.

“Fifteen years ago, on the day the FDA was scheduled to visit for the first time, I was sick,” Darsot recalls. “I had listed my home address when we incorporated, and the FDA investigator showed up there.

He did, and Nexus’ first ANDA (for Ciprofloxacin) was subsequently approved.

Darsot relayed this founder’s story, and the path that has unfolded, in a conversation initiated by her reaction to my recent “25 By 50” editorial challenging biopharma leaders to rectify any over-reliant overseas outsourcing.

The Nexus path she laid out serves as a roadmap, proof we can develop and manufacture even generics in the U.S.

And that goes for both in-house and at CMOs.

Nexus is committed to innovation through identifying off-patent and unique molecules for development, improvement, and commercialization to advance industry standards and serve critical medical needs.

“We are a generic, injectable-pharma operation, and so in a somewhat niche situation,” explains Darsot.

Nexus began in 2003 as “one-hundred percent virtual.” With profits from initial product sales, the company has reinvested, including in the current build-out of its own manufacturing facility and testing labs. (More on this below.)

The company started out having three products manufactured from an Indian drug-product developer, although Darsot says, “We did not continue to work with Indian CMOs; there was difficulty in traveling, supply-chain logistics, and other factors.”

“Moreover, not only are we formulating our own drug products, but once the product is manufactured by our CMOs, even though they perform their own, we also do quality control testing.”

Despite the challenges, Darsot says Nexus is living proof that essential materials and medicines can be manufactured domestically.

Before we present that domestic roadmap, let’s clarify three points.

First, as Darsot elucidates, “API manufacturing in the U.S. will continue to be a challenge going forward. As most everyone realizes, so much of the capacity and best pricing is in China. That’s something to work on.”

Environmental and FDA regulations in the U.S. also position most APIs as “more feasibly acquired” from India or China.

Second is a point I hope I’ve made adequately clear to Outsourced Pharma readers in past editorials: Our grand purpose is not to stop all work in China, or India, or to disapprove of any relationship anywhere.

Rather, it’s a call to end any dependency on a single geographic source.

“Currently, we don’t get API from China for our commercially available product portfolio, but we will be utilizing a few APIs manufactured there in the future,” says Darsot.

“We’ll do what’s best for patients first. That could mean receiving materials and services from around the world.”

The third clarification has to do with U.S.-based service providers who could benefit from more work at home.

This in part has prompted Nexus to take up a hybrid strategy, and invest in building out its own facility and testing labs for products requiring sterile manufacturing.

“I know the FDA prefers this,” says Darsot, particularly regarding the testing regimen.

“But I don't think many companies of our size, and privately held, have taken these initiatives.

“I’d say we are pioneers,” she notes with a laugh of humility.

Competition for capacity, a desire to keep more direct control of the family business and focus in the U.S., set Nexus on a path to manufacturing for itself as it continues to work with CMOs.

After manufacturing its first products at a North American facility, and employing a number of U.S. and European CMOs, Nexus reinvested profits into establishing its own formulation and testing laboratory in Illinois.

Then last year, Nexus broke ground in Pleasant Prairie, Wisconsin, on a three-story, 84,000 sq. ft., high-tech manufacturing facility that the company says “will re-establish generic pharmaceutical manufacturing in the U.S. over the next ten years.”

The facility will open in phases, and is scheduled to be fully operational for commercial production in 2022.

Nexus claims this as “the only project of its kind in the last 30 years.” Total investment is estimated at $250 million, and the company projects creating 77 new jobs by the end of 2021.

The facility will include a state-of-the-art filling line and lyophilizer with an autoloading/unloading system.

This equipment will be enclosed within an isolator system, “providing the highest standard of sterile manufacturing.” The facility will be able to produce liquid and freeze-dried products, including controlled substances.

So what does Darsot say to those who still think you can’t manufacture – particularly generics – in the U.S.?

“Most of the products we work on go on shortage. The reason for the shortage is often quality, and other disruptions outside the U.S.

“The FDA recently contacted us to report one product will be going on shortage. They asked if we had enough supply. Our reply was, ‘Yes, we’ll always have enough. We make sure of that. That's always our mission.’”

She adds: “If shortages and supply-chain security is an issue we seriously want to resolve, we won't have any problem in operating our own sterile manufacturing facilities in the United States.”

More broadly, though, we can’t end here without mentioning that operating within a health-care system that, for example, constantly seeks out the cheapest generics, is a foremost problem that must be addressed.

Nexus is not able to compete on price with certain generic products, and that disallows them as a U.S. supplier. The company must exercise an abundance of analysis when selecting which products to develop.

Darsot and I spoke in detail on the role of pharmacy Group Purchasing Organizations (GPOs). These buyers call on Nexus when shortages arise, but continuously look for lower – and often destabilizing – pricing.

“We just want to ensure our products are the highest quality, always in supply, and affordable,” concludes Darsot.

“I tell our employees, ‘Patients first.’ They all believe in that. As a culture, for example, we were just named to the Great Places’ to Work™ Best Workplaces list in Chicago.

“That comes with employees who believe in the mission, and share our passion.”

And a commitment to drugs – even generics – made in the U.S.