Risk And Small "i" Innovation In Pharma Outsourcing 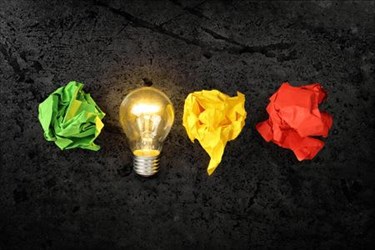 The Summit on Modern Day Drug Development and Manufacturing Outsourcing (Outsourced Pharma Boston, April 26-27) purposely led off with a session on incremental – or small “i” – innovation. That’s not because we were looking for “baby steps” to ease into tougher discussions. In fact, the mission was to kick-start us into advanced contemplations between drug sponsors and service providers.

Mission accomplished. Here’s the first of two articles on what transpired.

Innovation brings risk. Pharma is risk averse. Therefore, we have less innovation than in other industries.

Most likely you’ve heard it all before. But is it valid?

“We’re in a business of not failing, and to really innovate, you have to fail,” said Todd Mabe, newly named Director, Drug Substance Quality for Merck, and formerly of Roche-Genentech.

Accordingly, supply-chain partners hesitate to invest in innovations as well. Evan Guggenheim, Sr. Manager, Technical Development, Biogen, puts it this way: “For example, with the analytical CROs we work with, I think everyone does want to be the next iPhone, so to speak, but are afraid of being the next Palm Pilot. You have to think about the real risk our service providers have to their businesses in order to take on our innovations.”

Shawn Kinney, CEO of Berkshire Sterile Manufacturing, agrees: “It’s been said that in our industry, nobody wants to be first, but everybody wants to be second. That’s kind of true. As a service provider, it’s difficult to get this industry to accept new technologies, to embrace them.”

All understood, and points of view arrived at via years of experience. And there were many more sentiments like this producing great discussion throughout the two-day conference.

But let’s take a large step back, and ask: What other industry has to deal with failure – expensive, often sudden, at times heart-wrenching failure – the way the bio/pharma industry must? Or with such fierce, high-stakes competition – despite patent protections – and global market variances?

Thought of in these regards, ours is a business model wrapped around, if not quite the need, the inherent acceptance of major failure. Each new molecule starts out with some “innovations” that might lead to the medicine of the future. Every research project, and in licensing and outsourcing of a candidate, by definition, differs from those which came before. Aren’t we actually built on those small “i” innovations that make up our day-to-day decisions in creating new materials, developing new processes, and designing manufacturing strategies?

So perhaps we judge ourselves too sternly at times. We’re founded in risk.

Partners In A Risky Business

Let’s return this to where we live: the supply chain and outsourcing community.

Piet Houwen, Head, External Supply, Sanofi Biologics, refers us back to the exact title of our panel discussion: Learning To Fly: How to Support Incremental Innovative Solutions.

“The first question of order,” he says, “is who exactly is it that needs to learn how to fly? I think there has been a misplaced arrogance that the innovation happens with the so-called innovators, which is certainly not true so often.”

Sanofi has taken that sentiment to heart. For example, according to Houwen, it formed a strategic relationship with a supply-chain partner specifically to allow for both big and small “i” innovation.

“I’ve been fortunate enough to be part of a set of collaborations,” he explains. “From a biologics-manufacturing operations point of view, Sanofi’s not known as a Big Biotech. Genzyme is, but Sanofi by itself when compared to the other big players in the market – particularly in the mAbs area – is emerging. We have great ambitions and pipeline, but we also were humble enough to recognize we didn’t have all the expertise and capabilities in-house to become a global leader in biologics.

“Rather, we looked to partner with one of our CMOs, and entered a joint venture to build a facility. That was an opportunity to access their expertise in biologics manufacturing, particularly in the mAbs business. For both companies, it’s an innovative way to mitigate supply risk. It is a win-win from a manufacturing innovation point of view.”

Houwen adds: “We get a lot of questions now from other partners about setting up similar designs, and going beyond the traditional CMO-Innovator relationship.”

Guggenheim of Biogen has his own, if somewhat less sanguine, innovative partnership anecdote. “My experience at Biogen has been terrific in this regard to pursuing small “i” innovation. We had a specific innovation we were working on with a service partner. We flew to Ireland and met with all the teams on both sites to really demonstrate we wanted to do something important with them, and were full partners in the initiative. It got to point where we said, “Alright, is it a go or a no-go?” Their representative said, ‘Well, now we need to get a VP on your side in the same room as a VP on our side, and hash some things out.’ I was thinking that there’s no VP in my organization that’ll be involved in this idea until I report on whether it worked or it didn’t work. The point here is our culture allowed for this ‘innovation risk’ decision-making at the level of the people actually doing the work.”

Kinney of Berkshire, though, has experienced the opposite. Today most of his clients want to undertake a quality risk assessment before considering any kind of innovative or new approach. That’s of course fine and understandable, perhaps particularly in the current environment for aseptic manufacturing processes. However, “some clients will accept a positive outcome of the risk assessment, but just as often a larger organization will say it was a positive risk-assessment result, but they’re going to do it their way anyway.

“It’s truly a different culture from company to company, and it’s not necessarily just the size of the company. It’s also the people within the company.”

So are we a people mostly focused on risk aversion or progressive advancement? Or do we maintain – reward, and take advantage of – a balance that allows for small “i” innovation? We’ll pick this up again in part two.