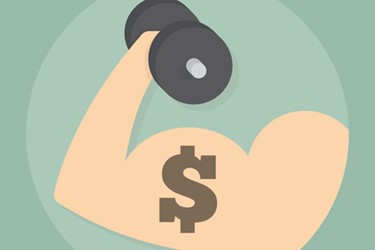 The industry openly accepts the funding stimulus. At last, the biopharma outsourcing space is viewed as an investable industry and market, and the trend has brought increasing valuations.

For its part, Big Pharma readily encourages this service-sector growth via consolidation. It's made clear it currently prefers accessing more services and capacity via fewer service-provider relationships.

But not everyone is on board with the trend. For smaller biotechs, these market mechanizations can result in less access to fewer service providers, and diminishing opportunities to work with the “A” teams if they do get access.

Two experienced financiers in the middle of this M&A activity agree both investors and Big Pharma have their reasons for pushing consolidation forward. However, they say, the verdict is still out on to what degree, big is better for the industry as a whole.

One thing is clear, though. Your service providers are enjoying all the attention.

Daniel Cohen works for investment bank RBC Capital Markets, where he’s responsible for managing the firm’s relationships in the pharmaceutical outsourcing sector. He’s been practicing healthcare M&A for over 20 years, and previously was a member of the executive leadership team at Catalent, focused on M&A activities both on the buy and sell side.

“There certainly is an outsourcing trend where Pharma inherently prefers fewer and bigger suppliers,” Cohen says. “Private equity firms, too, have significant interest in the contract manufacturing industry, because it’s perceived as a sector where bigger-is-better.”

“There's industrial logic to be bigger,” he continues. “Hopefully, with size comes stability for all CDMO customers, but we know that's not always the case.”

Still, he quickly adds, “to be sympathetic to the larger CMOs, they're facing pressures from their large-pharma customers every day…So these are the dynamics and growing pains of an industry that's been evolving pretty dramatically over the last decade.”

Jason Foss is managing director with Results Healthcare, a London-based investment-banking boutique that works with the CMO/CDMO sector, and pharma companies.

“I've had a pretty good view of what's been going on in the M&A sector over the last several years in this space,” he says. “At the end of the day, it's about, ‘How can the CDMOs generate growth?’ It's tempting to look at M&A to do that. On the surface, you can more quickly get much bigger than trying to do things organically, whether that's via vertical integration or getting into a related field. CDMOs are certainly aware they need to offer a breadth of services. Those are the drivers from the buy side.”

“On the sell side, well, people like money. That's not going to change anytime soon,” Foss adds matter-of-fact. “When people can obtain a value realization – and we’ve certainly seen some attractive prices being offered – they will sell the business to a bigger entity. It's still a relatively unconsolidated market. We're going to see a lot of this activity as long as the underlying factors in the industry continue.”

Cohen puts it this way: “The sector has been on fire. Public company valuations – their multiples – have expanded at least two turns in the last three years in terms of M&A activity. In 2016 and 2017, there were somewhere between six to seven times the amount of transaction volume as there were in the two years prior to that. A lot of the interest is driven by access to the large and attractive biopharma r&d and manufacturing markets.”

Both Cohen and Foss say it’s important to point out another market fundamental: For individual CDMOs, it remains a relatively low-growth market environment.

“Therefore, CDMOs have gotten accustomed to using M&A as an element of their growth,” explains Cohen. “Having inorganic growth that layers on top of the base organic growth has become acceptable to the markets and investors, and that's because there is in fact financial value to be created.”

“Once a CDMO has an established platform,” he continues, “it layers on businesses it can run more profitably than those smaller businesses could on their own. This is reflected in stock prices. For example, Catalent is up 100% since it went public. Patheon was up about 65% from when it went public to being acquired by Thermo Fisher. There is an incredible amount of activity in the sector, and the multiples have continued to rise.”

We can also point out other recent deals, such as Cambrex’s acquisition of Halo. That acquisition price was made public as $450 million.

All told, then, bigger-is-better because Big Pharma says so, CDMO executives agree because valuations are where they should be, and because private and public investors are happy to grease the M&A skids.

And again, the logic is there. On an individual deal basis, an API supplier becoming a finish-dosage manufacturer provides an avenue for service providers to grow with the same customer base.

“For perspective investors,” Cohen says, “that contrasts with the pharma companies themselves, where there is the concern with ‘single-product exposure,’ and/or drug-pricing risks. So now outsourcing, with the CMO sector as the major component, looks like a safer way for investors to gain exposure to positive biopharma trends.”

The End Of Small?

Notwithstanding the above, our financial advisors still glimpse a silver lining for smaller drug sponsors … and in fact the smaller-CDMO model.

They insist that while there are more financial transactions bringing providers together – API and finished dose is the classic – it’s still difficult to take a definitive stance on whether the synergies of selling drug substance and drug product to a customer are as prevalent as advertised.

“I'm not sure it's ever been proven to me,” says Cohen, “although there’s clearly a vision where an industry is selling and purchasing in a different manner than today. There’s still time for this to play out, but I'm not sure there is actually evidence the one-stop-shop has tangible benefits yet.”

“The number ‘one’ is probably an exaggeration, right?” adds Foss. “It’s a nice phrase, one-stop-shop. I've written it in investment rationales for companies for 25 years. It's more realistic to think about shops that offer fewer stops rather than a singular one. The concept of offering a greater breadth of service – everyone understands the rationale. Some companies have been successful in that regard. But getting all the way to one? We haven't seen that done to where we can say, ‘Yeah, it works for sure.’”

Back to Cohen: “There’s an awareness at CDMOs that it’s important to capture molecules early, and from smaller companies who tend to be great customers over the long term. You've seen a lot of the large CMOs do ‘funnel-based acquisitions” of companies focused around emerging-growth, startup drug-developers, and that's perceived as valuable. Private equity has certainly caught on to that, too. The good news is we will continue to see investment in that type of a smaller CDMO, in order to cater better to the needs of the emerging or virtual company.”

And to that final point, my next editorial will highlight a start-up service provider that’s just set up shop here in the U.S. to serve smaller drug sponsors.