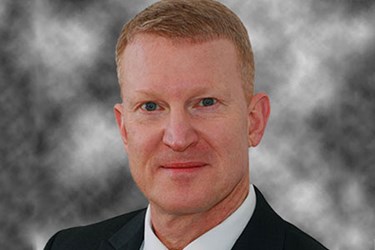 “Pharma should take this organization as a sign the CMO/CDMO industry is maturing. It’s taking itself seriously, and moving forward as an important sector of the healthcare industry.”
-- Gil Roth, founder and executive director, Pharma and Biopharma Outsourcing Association (PBOA)

I had the opportunity to speak with Roth, and the newest member of his board of trustees, Cornell Stamoran, VP, Corporate Strategy & Government Affairs at Catalent Pharma Solutions, and board member at Catalent Applied Drug Delivery Institute. The PBOA announced that Catalent joined as a sustaining member on April 8.

PBOA started rather quietly, considering its mission to provide a voice to an industry that hasn’t had one in regulatory and legislative affairs. But we’re hearing more now with Catalent joining other well-known industry giants, such as Baxter, Hospira One 2 One, and Patheon, and PBOA’s just concluding a perhaps first-of-its-kind workshop between executives at the FDA and the CMO/CDMO industry.

Along with the outsourcing industry itself, Pharma should be pleased with the new voice from PBOA.

(Mostly) On The Same Side Of The Table

“The outsourcing industry has both matured and consolidated to a material degree,” says Stamoran, regarding Catalent’s reasoning for joining PBOA. “Increasingly, we see U.S. legislation, as well as regulatory actions, that address manufacturers but don’t necessarily make a distinction between the work that is inside and the work that is outsourced.”

Recognizing these distinctions should benefit the entire pharmaceutical industry. Stamoran has already received positive feedback from Catalent’s customers regarding PBOA. “Our hot-button issues may be a little different on occasion, but our interests are mostly aligned, such as on intellectual property protection. Our clients feel it’s all the better to have another advocate who understands industry matters,” he says.

While there may be little daylight between CMOs/CDMOs and Pharma when sitting around a table discussing regulatory or legislative affairs, to be clear PBOA will be independent and represent its member base, which includes smaller, niche CMOs. PBOA has hired a Washington, DC, law firm to help gain access to FDA and U.S. Congress, as well as to monitor regulatory and legislative movements. The PBOA workshop mentioned above brought FDA, PDA and other groups together to start a direct conversation. Attending for the FDA was Keith Flanagan, director of policy for the Office of Generic Drugs (OGD), and Paula Katz, senior policy advisor for the Office of Pharmaceutical Manufacturing and Quality (OPMQ).

The FDA, for its part, has over time grown in its distinction between service providers and suppliers, and the manufacturing sponsors; heightened expectations around quality agreements is an example. However, on the legislative side, says Stamoran, “we haven’t necessarily seen the same precision.” He mentions considerations of user fees, patent law, and import-export issues as areas PBOA could focus on.

A Focused Start … But Broader Potential?

The genesis for PBOA was in 2012 when Roth was editor of Contract Pharma magazine, and the Generic Drug User Fee Amendments (GDUFA) were being signed into law. CMOs/CDMOs were concerned – and powerless – over the facility fees they would be subjected to, and the ultimate consequences of the amendment. “I started asking CMOs I’d known for years if they thought we needed some type of trade association for the next time things are being negotiated,” says Roth. “They said, ‘Yes, and you should run it.’” He decided to take up the challenge, began recruiting member companies and a board of trustees in March 2014, and formally incorporated the PBOA as a non-profit trade association in June of that year.

Stamoran sees GDUFA as a good example of the value PBOA can bring … to the entire pharmaceutical industry. “If we have all the key stakeholders at the table at the same time we’ll yield a better result for everybody,” he says. “It can head off some of the relationship complexities and regulatory ambiguities that show up between us later.”

In the past, legislation has evolved with industry involvement typically solicited and submitted through other organizations, including PhRMA, BIO, GPhA, and perhaps SOCMA. “We as an outsourcing niche haven’t had a seat at the table,” says Stamoran, “or been able to align with other groups where it makes sense from a legislative and regulatory standpoint. We are just trying to build a tool to exercise collective influence in some of these discussions.”

Like some of the wider roles these other industry organizations can play, I ask Roth if he’d be willing to take on a wider role for PBOA in the future. I’ve written articles about the need to bring outsourcing out of the shadows of the biopharmaceutical industry, and into the public light to claim a role in the greater healthcare industry.

One step at a time, says Roth. If anything, as PBOA establishes its connections and gets a firm grip on the regulatory and legislative side – nobody ever said working with the U.S. Congress is easy – he’ll first make sure he’s aligned with Bio and Pharma. “Once we are a bit more established, we’d love to interact more with the client side, finding ways of communicating and getting on the same page. Perhaps a good place to start is with aspects of project management,” he says.

But Roth can envision a growing role for PBOA. “We’ve talked about doing outreach even beyond the customer side as we move forward, to find a way to show the end-user we are part of the healthcare equation that brings drugs cost-effectively to patients.”

However, echoing Roth’s earlier comments, Stamoran wants to stay focused on the work at hand for PBOA.

“Our interests are particularly aligned towards the specific audiences of legislative and regulatory bodies here in the U.S. Broad awareness is always good, but it’s a different effort to take a business-to-business model and build a consumer understanding and awareness. We support our customers. It would be gratifying to have more attention, but at the end of the day this is where we fit, and this is where we play in healthcare.

“What’s important is first getting the people who directly impact us to recognize and understand we are here,” Stamoran concludes.