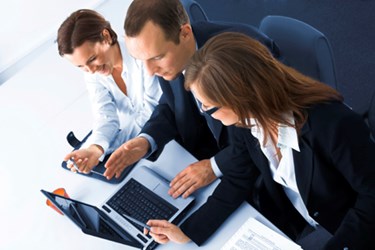 What came first, the scientist or the manager?

If Sylvie Sakata, Sr. Director, External Research Solutions (ERS) for Pfizer had to pick one for overseeing outsourcing relationships, it would be the former.

“It’s more effective to train people how to be a bit more organized, and carefully scale that to alliance management,” she says. "On the other hand, it’s hard to teach the detailed scientific or technical aspects if someone doesn’t have that background.”

She’s her own prime example. With a Ph.D. and years working in process research, a subtle mid-career redirection towards medicinal chemistry, and a gradual expansion of team leadership roles, she’s become that scientist turned alliance leader – many times over.

Today Sakata leads the ERS La Jolla-based group, which is responsible for both biology and chemistry services in the pre-clinical outsourcing space for Pfizer research units. She works globally across matrixed and multidisciplinary teams, and is a part of leadership that supports externalization strategies for Pfizer’s R&D. Sakata has received a number of recognitions for research externalization, and has over 15 years expertise in CRO management.

And she’s willing to share best practices with the Outsourced Pharma community.

Science Or Alliance? The Roles Are Different 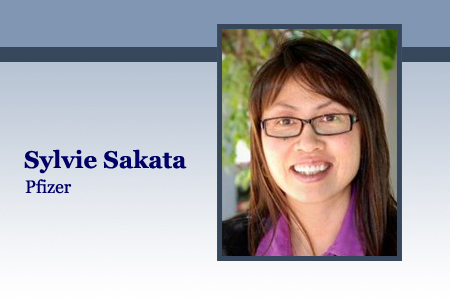 Sakata has seen firsthand the escalation of outsourcing throughout the biopharma industry. She started at biotech Agouron Pharmaceuticals Inc., moved to Warner-Lambert when Agouron was acquired in 1999, and then on to Pfizer with its acquisition of Warner-Lambert the following year. Along the way she’s witnessed many scientists doubling as overall outsourcing managers, including her.

But, she says, biotechs and other industry start-ups should learn what is now understood at most Big Pharma: While an internal scientist working with counterparts at CROs may someday become an alliance manager, blending the two roles is not the preferred path. Project scientists should concentrate on the day-to-day advancement of individual projects, and leave the larger alliance management to those devoted to that oversight.

“You start to see consistency gaps in execution,” says Sakata, commenting on project scientists also overseeing relationships. These gaps appear in everything from contract negotiation to the productivity of the individual services that are outsourced. The consequences?

One is external: “Partners like consistency; it makes it easier for them to operate. They ask, ‘Why isn’t a particular process in this group’s contract when it is in your other group’s? One group is saying this and another is saying that.” Another consequence is an internal loss of economies of scale in logistics, procurement, and even the ability to take advantage of enabling IT tools for consistent communication. These and other inefficiencies lead to project delays, and the need for additional human resources.

Pfizer was determined to create an improved alliance infrastructure for CROs when Sakata joined in 1998. It started to concentrate specifically on “alliance management roles,” and created groups such as External Research Solutions. According to Sakata, the gaps and inconsistencies she mentions above were soon reduced. Measurement tools were created to better understand goals, and verify they were being met.

With this advancement, some CROs became strategic partners. However, getting a better handle on managing projects and measuring vendor performance also allowed Pfizer to reduce the number of CRO relationships overall. “We started with about 50 suppliers in discovery chemistry alone,” says Sakata. “We’ve narrowed that down dramatically.”

Therefore, effective alliance managers possessing an underlying scientific fortitude allow for the growth of outsourcing, without a corresponding growth in the number of alliances. These managers also help in the selection of new providers when technologies and projects dictate that need.

The Art Of Alliance Hiring And Training

“Now, we didn’t just go out and hire a lot of project management professionals,” cautions Sakata. Here’s how she explained the process at the Outsourced Pharma West conference in San Diego:

“We carefully recruited people that already exhibited some level of project leadership, and were also a part of the actual science – those who really understood the scientific substrate. We quickly gained the confidence and successes to grow this approach from chemistry to fully integrated projects, and even risk-share projects with our partners. I’d add we’ve also created an internal career development path for people like me who want to work in the crosslink between science and business.”

And while there has never been a shortage of training courses or books on project, alliance or any other kind of management position, Sakata says Pfizer emphasis a “hands-on style.” When she first started her transformation to a larger outsourcing management role, “like an apprentice, I would watch someone doing it. I then took on a smaller collaboration, and eventually learned to lead a much larger one.” She adds: “Of course it’s important to have great mentors who are experienced in this space.”

Sakata reminds us, though, that before a training process starts, there is at least some level of recognizable inclination, or inherent talent, for leadership and communication.

“I don’t just say, ‘Wow, this person is a great scientist; he’s going to make a great alliance manager.’ For example, when we are hiring in medicinal chemistry, we ask candidates questions like: ‘How did you manage your projects? How did you communicate and influence others? How did you set agendas and follow through?’ Good answers to those questions allow us to start thinking about giving individuals the hands-on training they need to actually interface in a management role with a supplier.”

Sakata says what she looks for most – both in her management candidates and the CROs they’ll work with – is the ability to be highly organized. “When you think about it,” she concludes, “being organized and communicating well are basic skills that everyone involved in outsourcing should practice, whether it’s delivering early-stage compounds for medicinal chemistry, batches of API for manufacturing, or managing the strategic alliances that those activities fall under.”