Outsourcing Trend Of The Year? The CDMO Synergy Sprint 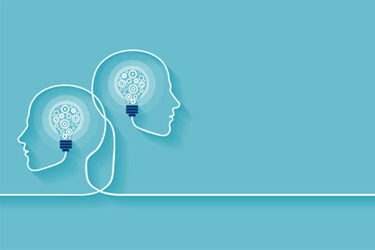 The chief executives of two historic German CDMOs listen intently from their home offices. Logging in from New York, I’m painting for them a scene I envision regarding their recent collaboration announcement.

That announcement served as another solidification of an emerging trend in the global drug development and manufacturing outsourcing arena:

CDMOs are entering strategic alliances for a best-in-breed response to the end-to-end service providers.

How substantial are these new alliances? Will they benefit Outsourced Pharma readers looking for the best CDMO relationships and outcomes?

I first introduced this trend to readers in the editorial, 2 CDMOs Better Than All-In-One: The “Best-In-Breed” Trend, featuring an alliance between two California-based companies.

“So,” I say to Peter Soelkner, Managing Director, Vetter Pharma International GmbH, and Frank Mathias, CEO of Rentschler Biopharma SE, shedding a scintilla of cynicism via video conference, “I envision marketing folks in a beer hall, coming up with this news-generating announcement of ‘a strategic collaboration enhancing services and skills along the biopharmaceutical value chain.’”

Never happened, says Soelkner, leaning into his screen. “That’s not how this began.”

“It’s not what Frank and I wanted at all. When we talked about the relationship, one of the first things we addressed was how we’d seen enough of splashy company announcements to create news.

“We strive to have a compelling story, not driven by marketing, but by real performance. We've seen enough of where some overpromise and under deliver.”

So Who Is Driving?

“Such a CDMO collaboration starts with a relationship at the top of the companies. This was the first driver,” says Mathias.

With that executive-level commitment in place, next was “understanding what our clients are expecting – What services can we offer them as best-in-class in the world?”

“Because of the complexity of the market we see now,” Mathias continues, “if other CDMOs can also do this, I believe we will have a trend in this direction. At the end, the client will be the winner.”

And what have clients said they need to win? Are global biopharma customers – who at least in the case of Big Pharma firmly guided a fractured CDMO space to increased M&A – now driving a similar CDMO synergy sprint?

“However, there's a movement towards more sophisticated biopharmaceutical drugs,” he says. “That will include the third wave of biotech: Think gene and cell therapies, nucleotides, or orphan drugs. We know we must be extremely cost and time efficient for these customers to succeed.”

“That is really the writing on the wall,” Soelkner continues. “Customers weren’t asking us to please join forces, but we were seeing more technical questions and specialized requirements; we needed to respond with the best possible services along those supply chains.”

Adds Mathias: “The two main drivers are time to clinic and time to market, and the costs associated with them. If we can do anything to reduce those, it will be an advantage for the clients.”

Vetter and Rentschler are further down the road of practical integration than I had expected. Already, teams for both CDMOs are conducting joint meetings and reviews, which Soelkner and Mathias join.

The two executives agree it’s been satisfying to see the progress these interdisciplinary teams have made in the last weeks and months. “It’s an effective one-team mindset,” says Mathias.

Currently, two project managers from both CDMOs spearhead those teams, which consist of development, customer project managers, quality and technical disciplines, and other production and supply chain professionals.

“When all those folks are at the discussion table, it’s hard to tell who's working for whom. And both sides throw all necessary resources into the projects. We will use the entire strengths of both organizations, with an interdisciplinary power to get the work done,” says Soelkner.

He isn’t shy about letting me know how many projects he’d like to see become a part of the joint relationship with Rentschler.

“Hypothetically and in an ideal world,” Soelkner says, “it would be great if all of our roughly 30 customer-facing project managers end up working jointly with Rentschler.”

Even prior to this tightened relationship, Vetter and Rentschler – some 40 miles away from each other in southern Germany – “shared” customers.

“When I was reading your first editorial on this subject of best-in-breed partnerships,” Mathias says to me, “I noticed that for the two CDMOs in California, proximity was an important element. We have the same situation, and we also share the same culture.”

“Already we work with clients for which we do API production, and Vetter is doing fill and finish. So one way for us to accurately measure if we are succeeding with our new alliance will be to see if we are more effective and efficient for those customer projects.”

Project managers for Vetter and Rentschler have begun working on “pilot projects with active customers,” defining “the mindset, specific milestones, and how best to run specific project plans,” explains Soelkner.

“What is our idea of steering committees, escalation modes – which you always need for complex projects – and other aspects of the client relationship? All of those things have been discussed on a mock-slash-theoretical level.”

“We informed two clients they are a bit of a guinea pig at this point,” he says with a smile, “but both companies had to think about it a couple of seconds before saying ‘absolutely,’ when asked if they were interested in becoming a pilot project.”

“We are working with these two customers in the pilot plant stage: the first focusing on phase one and two, and the other in phase three, preparing for potential market launch,” explains Soelkner.

“Separately,” he adds, “what we found quite interesting was after our alliance announcement, we got calls from other service providers. They said, ‘You know we could have done the same thing together with you? Why not us?’”

Will it become an industrywide race to unite? If so, despite everything else going on in 2020, it might end up the outsourcing trend of the year.