Outsourcing For Duchenne: Techniques For All Biopharma 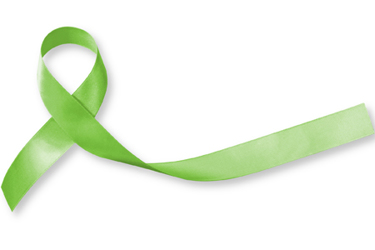 If memory serves me right – and that’s a critical antecedent nowadays – every executive at cell or gene therapy companies we’ve spoken to during 2021 has mentioned the difficulty contracting CDMOs who are ready, willing, and able.

Right now, the key word in that triumvirate is “ready.”

Production needs at therapy sponsors are imminent; suggested CDMO start dates are not.

Do certain types of programs – or disease targets– add complexity to the search for the right CDMO ready at the right time?

Veteran biopharma executive, Louise Perry, who has outsourced through a career spanning Amgen, Novartis and Shire, and now serves as SVP, Technical Operations for gene-therapy company Solid Biosciences, is the perfect person to ask.

Her current mission: secure the development and a supply chain for a gene-transfer clinical candidate targeting Duchenne muscular dystrophy.

“Our biggest challenge is simply quantity,” says Perry. “A lot of production is required to supply the quantities of material we’ll need for patients.”

The need for large quantities of material is not typically what we hear from gene-therapy organizations. Most always its small production runs – a reason it can be hard to get the attention of external GMP-production partners.

“We're dosing a whole patient, right?” Perry reminds me. “Even though these are mostly children, all the muscles in the body are involved – as opposed to gene therapies that require dosing of a specific organ, like an eye.”

“So that's our concern: As we're developing our process, we think about manufacturability – and that includes the amounts of many materials we need.”

Her advice for her own organization, and other emerging biopharma as well:

Don’t arrive at a place where your process requires unique or hard-to-source materials, or an operation so different nobody knows how to do it.

“Keep manufacturability in mind from early on, prior to and as you're developing and pulling in your supply chain,” she explains.

“Have professionals who can look at the raw materials you're considering, and point out problem areas. Which might be in danger of short supply? It could be a rare material to begin with, or material caught in a bottleneck with only a single supplier in the world.”

Perry says avoiding less-than-optimal decisions early on grows in importance as an organization looks toward the ability to meet requirements of larger trials, and ultimately commercialization.

Moreover, says Perry, avoiding early decisions leading to difficult-to-source materials, or relying on unique platforms few CDMOs are experienced enough to work on, can help mitigate the threat of a common CDMO stance: “You’re too small for the efforts we’d have to make.”

Nonetheless, Perry points out, Solid Biosciences might never be considered large to a CDMO, and thus utilizes two techniques for maintaining strong relationships with CDMOs. These two can be applied to most all emerging biopharma.

The first is to go right into the details of current and future quantities, “and be ready to commit.”

“We openly forecast with our CDMOs. They know exactly what we're thinking, and where we can and intend to go,” explains Perry.

“The reality is you do need to commit early to a CDMO for future needs. Production capacity is difficult to come by, and particularly constrained today. I understand this can be difficult for small companies – the work we're all doing is not inexpensive – but CDMOs are scheduling a year out.

Again, while this somewhat at-risk approach is difficult for emerging biopharma, it is precisely because of your size and lack of a track record that makes it important “to step up to the plate and commit.”

“Otherwise, today it’s near impossible to have the capacity when you absolutely need it.”

I’ll label the second technique Perry has learned over her years in the industry to keep CDMOs engaged, as “providing meaning.”

“First, I’ll say again it’s all about close relationships. That can't be stated enough times. Relationship and flexibility,” she says. (see part one)

She suggests finding a partner who (a) has the flexibility to meet the needs of your process as it is today, but also (b) as you envision it changing over time, and (c) who can develop a relationship with you based on those plans.

“That means a relationship where you can pick up the phone at any given time, know who to call, and they know who you are. You can have a conversation about whatever needs to be talked about.

“In fact I had a phone call like that a few days ago,” she adds. “That's the kind of relationship you want to build.”

Perry’s found a method to build that “call anytime” relationship.

CDMOs over the years have informed her they don't get this from their clients: The taking time to ensure the CDMO fully understands the mission, and what drives the sponsor.

Her company does just this. One way is to involve its patient advocacy group. “We assemble the entirety of a CDMO organization, and go in and tell them the Solid Bio Duchenne story,” she says.

“We explain how we were founded, why this mission speaks to us, and why we want it to speak to them as well.”

If you do that, says Perry, the CDMO feels invested in the outcome. “Then when you get that breaking news – for instance, a positive outcome from a clinical trial – they can say, ‘Hey, I was part of that.’

“Rare diseases speak to me,” Perry says at the end of our conversation.

“I made the career move to focus on companies providing the underlying sense of, ‘I'm doing something here that’s meaningful.”

All developers, she says, should bring these personal narratives, and those about the drug or therapy you’re making – whether small molecule, complex biologic, or gene therapy.

“Help whoever is actually doing the work at the CDMO – that person working eleven-to-seven overnights, or the person writing a deviation quickly because we need to release a batch.

“It's not just a paying job. We’re doing this because there's a patient somewhere who’ll benefit from what we’re doing together.”

See part one of our discussion with Louise Perry …