Oral Solid Dosage: A Bit Boring Until Looking For CDMOs 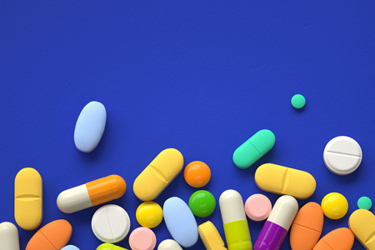 I recently wrote of the importance innovation can play in the oral solid dosage (OSD) sector of our drug development and manufacturing industry.

Doug Bakan, Executive Vice President, Technical Operations, Arena Pharmaceuticals, Inc., a company with a 25-year history of OSD product development, has a bit of a different take on the subject.

That variance reminds us of why pills and the like still reign superior in terms of patient care, and considerations of cost.

And Bakan offers up a recipe for working with CDMOs to accomplish those goals.

Boring Can Be Better

Bakan thinks what he has to say, “Might sound boring.”

In fact, it’s a description new – and many experienced – drug developers should listen to with both ears.

“As a company, we’ve always focused on making administration of the dosage form as easy as possible for the patient,” he begins. “Starting at the discovery research stage, we target the simplest way to get the molecule into the patient.”

That strategy helps in terms of patient acceptance and compliance, which in itself helps keep patient-care costs down, and leads to better overall outcomes.

Of course for the drug sponsor, “To produce a tablet or capsule formulation can be significantly lower in cost than difficult to administer therapies.”

“We aim for QD [once a day] administration. If, for example, because of a certain PK profile that turns out to be impossible, we look to work out ways to introduce controlled- or modified-release scenarios, where dosing can be reduced from, say, TID [3 doses per day] to BID [2 doses per day].”

“I think it's going to sound kind of boring, but really what we're trying to do is utilize the tried-and-true technologies that have been used for decades to get simple tablets or capsule formulations.”

Arena often starts out early in clinical programs using a PIC – powder in capsule – formulation “just to verify that the drug works.”

“But ultimately, we really want to convert dosing to tablets. Today, all of our advanced programs, including olorinab (APD371) and etrasimod, are oral solid dosage form tablets.”

“We also look for as small a tablet as possible, as part of our tablet-dosing strategy. This is particularly important for dosing in pediatric populations or in patients who have difficulty swallowing. Of course, the hope is when we get to commercial stage, the cost will be correspondingly low.”

So the “technologies” remain the same, says Bakan, although vast improvements within them have been made. He gives a number of examples, including functional coats on tablets to control the release of the molecules into various segments of the GI tract.

“It's nice to be able to blend all the technologies that exist in drug delivery technology with the actual pharmacokinetic profile we're trying to accomplish with any given compound,” he says.

“We are aware of, but to be honest don't really use a lot of what I'll call more novel techniques for solid dosage forms, such as multi-layer tablets, or capsules put into the body with radio frequency activation of the payload.

“I wish I could tell you we've got this really cool, exciting, new thing that will change the way everybody does solid oral dosage forms.

“Instead, we’ve been adamant in doing our homework upfront to design the active pharmaceutical ingredient to behave the way we want for the dosage form we're trying to administer. Then make relatively standard tablets, with perhaps a functional coating to provide an improved PK-profile control.”

And that gets done exclusively at CDMOs.

Since 2016, all Arena’s development and manufacturing is done via outsourcing.

“High potent (HP) capabilities are important for us,” he says. “The world of CMOs we could use for OSD development in general reduces to some considerably smaller fraction who can actually handle HP projects.”

“We've been fairly limited in how many CMOs we could even evaluate to manufacture for us,” Bakan says. “And as we are rapidly heading towards commercialization, we don't want to be single sourced in anything, so we need solid relationships with reliable partners.”

Fortunately, although limited, Bakan says Arena has found “a nice group of CMOs” to handle all his HP compounds, for both API and drug product.

“It's not easy to find them, and given their scarcity, it's not always easy to get into their production schedule,” he says. “You have to plan early and for success, and ensure you have the infrastructure internally to oversee and manage those CMOs.”

Which leads Bakan and team to what he describes as a “stringent process” and “disciplined approach” to picking CDMOs. This includes evaluating and monitoring these key areas:

“I’d suggest every biotech put in place their own objective analysis of these criteria,” says Bakan.

“I can tell your readers it has worked out well for us. I'm thrilled with every one of the CMOs we have for both API and drug product.”

He adds this final piece of advice:

“You have to realize – especially when you are a small biotech – you are competing for time and space with the Big Pharma of the world. Somehow, you have to be as important to the CDMO as anybody else.

“We've done that by establishing and maintaining solid and steady relationships, on a personal level, with the people we work with at our CMOs. We get them engaged in our product development goals by sharing the importance of the medicines we’re developing for patients.

“We openly recognize their important contributions to those goals throughout the project. It’s truly a team partnership, and it really should feel that way.

“We may bring a clear idea of how we want to get something done, but if the CMOs have experience or interesting ways in approaching it differently, we're open to those changes. We will implement them into the manufacturing process as needed.”

A solid – but not rigid – recipe for success.