Novartis, Anthos, Lonza, And Investors In the Middle Of It All 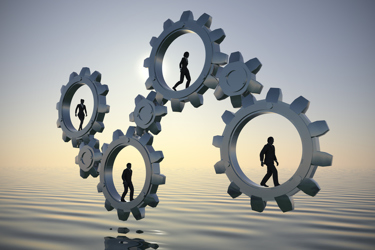 Jonathan Freeman, Co-Founder and Chief Operating Officer, Anthos Therapeutics, a U.S.-headquartered, Blackstone Life Sciences-founded biotech with a molecule spun out of Novartis and into an outsourcing manufacturing model with Lonza, says it’s nothing more than “economic Darwinism” come visit the pharma world.

Both believe the business arrangement could not have come together 15 years ago, but today it is a reproducible “value-creation model.”

I ask Freeman, an experienced pharma finance executive who has been inside big biotechs and pharma for years, if Blackstone approached Novartis in pursuit of a molecule to spin out, and how outsourcing ended up such a pivotal component.

“It was a dark and stormy night,” delivers Freeman through a satirical smile from Cambridge, MA, an ocean away from his Cambridge, U.K. origins.

Blackstone Life Sciences is the successor to the former Clarus Funds investment firm. “It’s the new kid on the block. We started with this generation of Anthos, and yes after discussions with Novartis last year. We’ve raised around $4.3 billion.”

“A classical venture-capitalist organization,” explains Freeman, “is about having a lot of expertise – often in early stage, centered on platform activities – and forced to syndicate to pull together capital needed to move a molecule forward. There’s a lot of expertise, but not enough capital to begin with.”

“On the other end of the spectrum, classical private-equity organizations tend to operate by ‘financial engineering.’ In the pharma space, they operate primarily by purchasing in-market molecules to generate cash flow. They get nervous with programs that need development, because it isn’t a space they understand. They have plenty of money, but not pharma experience.

“What Blackstone is looking to do is have lots of expertise and a lot of capital at the start.”

What’s also been gleaned from Clarus' years of experience is “a huge constraint inside Big Pharma, because of how they have to run their R&D budgets.”

“Pharma has a top line, and an R&D line,” says Freeman. “It informs analysts it will allocate a certain percentage for R&D, and is forced to hold that guidance. This goes for even a Novartis, with $9 billion or so annual R&D budget.

“They cannot support every drug program in their pipeline. It leads to extreme compression ... and it led to the genesis of Anthos.”

Freeman adds: “So, as with most things, if you follow to the beginning, you'll find an accountant in the back of it.”

Novartis has an equity stake in the new company; it does not, says Freeman, have any control in terms of how the molecule is developed.

“This is where Lonza comes into the picture,” he says.

CMC Out, Investors In

One “critical construct” of Anthos was to onboard a CDMO that could help maintain the agility of the new biotech, but offer Big-Pharma quality, and take on CMC responsibilities.

Freeman says biotechs can be “super agile, but tend to sacrifice at the altar of that agility, and don’t undertake the activities required in terms of regulatory quality.”

“Having worked at Big Pharma, I’ve learned working with someone like Lonza is actually better than an in-house CMC. Big Pharma organizations have political aspirations.

He continues: “There's the fight between marketing, which says ‘We're the ones making the money,’ and the manufacturing organization, which says, ‘No we're the ones.’ Those political dynamics can get in the way of everything. With a capable CDMO, we remove that."

“We had extreme sensitivity towards the way we interacted with the investors,” Freeman explains. “We were looking for a CDMO partner who could also understand what our requirements are from an investor standpoint.”

“We looked holistically at everything that needed to get done, then worked out together with Lonza not activities so much, as what value would be created. We started to attribute milestone-type payments for those points of value inflection.

“It's not a model where the service provider has completed ‘X’ activity, therefore there’s a payment. It's more we've created that piece of value, and in so doing de-risked the investment.

“Value is more than creating an amount of material. We've taken the right amount of risk to this point. We can tell our investors we've de-risked, so we can now make that next investment.

“It’s that back-loading that Lonza was prepared to do that other CDMOs where not.”

Never Before, But More Now

I ask Fallen of Lonza about the forging of this multi-sided relationship.

"When any program like this first gets brought in, you have discussions around ‘What's your overall strategy?’ ‘What do you want to achieve?’”

But no matter the model, at some point it gets down to locations and development/manufacturing components. Fallen outlined them for us:

“Anthos was keen to get the final stages close to their clinical centers,” she adds. “We have a facility in Tampa, Florida, where we could do the packaging and labeling. So we’ve looked at the full scope, and how we meet Anthos’ needs by getting them into the right spots in our network.”

When I ask about project coordination and management, Fallen iterates:

“It could be complex managing across the network. So it's imperative to get a single CMC lead who takes it from end to end. Someone experienced, knowledgeable, has an overview of the whole project, and can connect all the people involved.

“From a tactical perspective, we have project-team, senior-member, and executive-level discussions. Everything discussed is transparent, and there's great escalation pathways when needed.”

Could this drug-sponsor-CDMO deal have been accomplished 15 years ago, and is it replicable going forward?

Freeman replies first: “The answer to the second question is a big yes. The biotech advantage over pharma is the agility, but you cannot sacrifice quality. So ensure you have your investors on board, and they are at the heart of the way you think about your business model.

“I'm not so sure we could have done it 15 years ago. I don't think there was the degree of sophistication, either amongst investors or the CDMO community. There wasn’t the business flexibility to create such a model."

“The industry has advanced,” she says. “There’s a higher degree of sophistication. We’ve been saying for quite some time that the old fee-for-service model is no longer enough. We have to be more creative.

“Working with Anthos has been good for us. It’s been a co-creation. We started with a whiteboard and came up with this model. But that openness and actual ability to move forward is fairly new to the industry.”

Concludes Freeman: “It's capitalistic choreography at its most beautiful.”