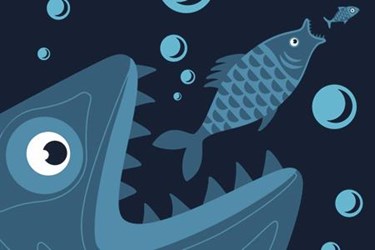 Most industries reach an M&A crucible. Questions arise related to productivity, profitability, and business strategy: Are we too fragmented to best serve ourselves, our customers, and the industry as a whole?

For the contract development and manufacturing sector of the pharmaceutical industry, this crucible – or ‘great debate’ as we coined it in our first article – brings with it another question for individual CMOs: Can we be the best at so many different service offerings, technologies and platforms?

According to a report from Results Healthcare, Pharma & Biotech 2017 Review of outsourced manufacturing, major players in the sector only command a 2-4% market share each. But while statistics like this seem to indicate the questions above are still being answered with a “no,” there is substantial M&A activity in the sector, and it certainly feels like we’re on a cusp of major consolidation. Let’s look at the evidence and momentum.

Where Do We Find Ourselves?

In a word, fragmented.

Yet, the report states that the small-molecule CMO market, for example, is consolidating annually at over 10%, and the total value of M&A transactions in this sector rose from $5.5 billion in 2014 to $12 billion in 2016.

Here are a few recent examples of that consolidation and related activity:

So fragmented, yes, but far from stagnant. There are many more examples that could be added here. So what’s driving the momentum?

The Results Healthcare report states that today “the trend of consolidation has been motivated by a desire to build critical mass.” That’s quite vanilla and an obvious driver in most all industry consolidations.

But there’s also a qualifying sentence of potentially more consequence: “With many small CMOs being in precarious financial positions, larger companies can be viewed more favorably by customers that wish to ensure that their supply is secure.”

While this editor is not certain how widespread a predicament this is (the report provides no further detail), if it’s true smaller CMOs can’t stay profitable in today’s outsourcing environment, we’ll witness a measurable decrease in current players and new entrants. Whether this would be good for drug makers – particularly of the smaller biotech ilk – is of major debate.

Separately, and more certain, private equity has become a power-player and facilitator of M&A activity, and we’ll take a closer look at this below.

Another motive for combining CMOs, according to the report, is to utilize a wider footprint and the availability of more services to build brand recognition in a fractured market. In effect, bigger leads to better marketing.

We can also look to specific outsourcing areas to understand some of what is already transpiring. For example, generics service providers are “impacting consolidation amongst the generic API and DP [drug product] supply base, because many of these companies also supply to other companies.”

And as I’ve previously written – another call to consolidation is an effort to drive innovation through the external supply chain: “Big CMOs acquire smaller contract development and manufacturing organizations in the same way as Pharma has historically acquired biotechs and drug developers. This (more than ever) is a strategy to benefit from outside innovation and technologies.”

Still, all told, the overall pace of consolidation is regarded by many as slow. Let’s look at a few contributing factors for the lag.

Keep It In The Family

Negatively impacting the pace of M&A is the significant number of both large and small CMOs remaining under private ownership.

According to the report, “significant companies” and smaller players alike, have been under the thumb of their founders or families. “Private control to some extent may explain the rate of consolidation, as owners may not wish to sell for personal reasons, even when presented with lucrative offers.”

The report adds that for private and family-run organizations, M&A “is not always a natural way to grow businesses.” Instead, there’s an inherent preference for status quo, or internal building of capacity and know-how.

“Private and family companies,” continues the report, “can also be difficult to buy, as the owners are not entirely economically rational or the decision processes are more complicated. In some cases, weak balance sheets have prevented significant acquisitions, so certain companies have not been so acquisitive.”

Within these private companies, “cost structures, modes of operation, company culture and financial motivation of owners can be highly variable. This provides a challenge to M&A negotiations, due diligences and the subsequent effort to integrate entities.”

Equity As An Energizer

On the other hand, as evidenced in our short list of activity and mentioned above, private equity firms have become facilitators in propelling the CMO industry forward to consolidation.

“Involvement of private equity firms in the sector means that M&A activity will likely remain strong going forward, as they seek to grow acquired businesses through bolt-on acquisitions. Injection of fresh capital by these firms will help drive growth of the sector,” reads the report. “The rate at which consolidation is occurring at present is expected to support sustained or higher profitability for participants in the CMO market.”

The Aenova example above is one that illustrates this. The company, “backed by BC Partners, has aggressively grown from $300 million revenue in 2011 to over $800 million through multiple acquisitions.”

We spoke of the one-stop-shop debate in our first article, and noted it’s up in the air whether this driver of CMO M&A is actually a profitable strategy. The report says this strategy provides “opportunities for investment with few significant incumbent majors.” It also states that with competition increasing, “European and US CMOs are trying to differentiate in response to low-cost competition, and the one-stop-shop is an example of this.”

Yet one can argue that the opposite strategy – specialization – is a better way to differentiate in a highly regulated industry reliant on precise science, technologies and quality controls.

Finally, we can’t overlook what has been taking place on the customer side: The divestures, streamlining, facility shutdowns, sales and other disruptions at Big Pharma (and other large drug-owners) have become legendary.

According to the report, “divestments by pharma companies have helped CMOs increase capacities, and some CMOs have been substantially built from acquiring divested facilities,” although the rate of drug sponsor asset divestment appears to have slowed down. These high-quality assets “have historically been run on a relatively high-cost base. Acquiring CMOs need to transform these sites from being a cost center to a profit center.”

Perhaps the best conclusion to draw from this important 2017 report is that when it comes to getting a good read on M&A in the world of CMOs, there’s still a lot for us to consolidate.