Lyophilizing All The Way To The Biotech Bank 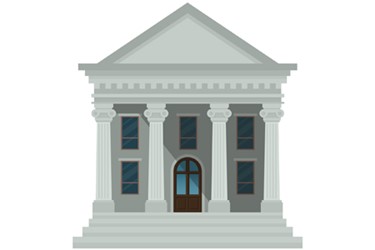 Try to find a better scientific or economic outcome for bulk API production than lyophilization.

He says you won’t. Not if you consider outcomes correctly. Spray drying, filter or tray drying, or other techniques, don’t measure up.

Moore might know: He’s been experimenting, and sticking with lyophilization, for nearly 25 years – all at Ionis. The company has developed and commercialized three drugs to date (Spinraza (nusinersen; now at Biogen)), Tegsedi (inotersen) and waylivra (volanesorsen), and has a pipeline of some 40 – that’s not a typo – or so clinical candidates, nearly all of which utilize “lyo,” or as commonly referred to, freeze drying.

Regarding the outsourcing industry for these services, a second “bulk-lyo guy” also with decades of experience in the pharmaceutical industry, Scott Ross, Product Specialist for GORE LYOGUARD Freeze Drying Trays, tells me:

“If you look at what's been published and said publicly throughout the industry, the estimates typically show about half of all lyophilization occurs at CMOs.”

However, Ross says, “It feels to me like more lyophilization than that is done at CMOs. There are CMOs who specialize in lyo, and some have enormous capabilities. That's where a lot of this work is and will be going. That's my general sense.”

Indeed, although Moore has freeze dryers and the expertise at Ionis, he does a lot of lyo outsourcing. He’ll discuss how that’s accomplished, talk about his CMO partnerships and relationships with companies like Ross’s GorePharmBIO Products, in this and a following editorial.

On the future of all forms of lyophilization in drug development and manufacturing, both Moore and Ross say: We can expect a lot at a fairly rapid rate.

That’s particularly because polypeptides, oligonucleotides, and other new-drug categories – all told nearing some 500 candidates in clinical trials to add to the handful of already-approved FDA drugs – will utilize freeze drying.

“Most important to know about Ionis is we're a platform-technology biotech,” explains Moore. “Most of our drugs are based on an antisense mechanism. Antisense therapies change the process of producing a protein. This generally means we can manipulate protein production at the genetic level. That’s key because we're not targeting proteins directly; we're actually targeting mRNA. We can down-regulate or up-regulate proteins with unique specificity.”

Ionis can treat “anything from neuro-rare diseases, cardiovascular, various cancers, and the list goes on.” The company, formerly know as Isis Pharmaceuticals, has been developing the antisense and other technologies it pioneered for 30 years.

“It's been a long battle to get to commercially successful compounds,” says Moore, “and to have these others coming through that appear to be potential blockbusters.”

Perhaps surprising to some, but that battle was very much aided by the lyophilization processes undertaken for nearly every Ionis drug and candidate.

Lyophilization can be generally defined as the process of preserving any entity by quickly freezing it, and then subjecting it to a vacuum to remove the ice.

In our industry, the process is regarded as one of the most effective methods for the long-term preservation of cells, and is most commonly employed to prepare a dosage form that will be reconstituted for injection. Sublimation is a key scientific concept in this process. This occurs when the frozen solid changes directly to a vapor without first going through a liquid (water) phase. (Moore suggests this website for a continued overview.)

It’s also important to clarify here we are focusing on bulk lyophilization to produce relatively large amounts of API, as opposed to vial or syringe lyophilization (or other delivery system), with the best examples of those ADCs, polypeptides and oligonucleotides.

“The type of lyophilization that Ionis and our customers perform is where you put, for example, 1.8 liters of a liquid material into a tray, lyophilize it, and end up with tens or hundreds of grams of lyophilized API that will go through subsequent formulations steps before it gets put into its final container closure system.”

But bulk or otherwise, too many professionals in our industry have considered lyo a narrow specialty; difficult to perform and thus hard to find those who are competent; and frankly something to be avoided if at all possible.

Moore agrees with none of that.

“Dogma drives many of the negative perceptions associated with lyo,” he says.

“If you go back and look at the traditional reasons for freeze drying, you had a heat-sensitive product, or special situation with products that wouldn't easily reconstitute. I think those same people’s personal experiences with freeze drying drive a lot of that negative thought process today – they still think, ‘We don't need to do this because we don't have heat-sensitive products.

“But to me,” continues Moore, “it’s always comes down to economy.”

“Forget those things you've been told, and long-ago experiences that may or may not be applicable, and do the calculations,” he says.

“So answer those questions for yourself,” adds Moore. “Add that freeze dryers today are very robust if you keep them on a good PM service.”

He sums up this first part of our discussion:

“And here's the biggest advantage of freeze drying, at least within our industry: You put a gram of product in, you get the gram back out. Sure we could spray dry, probably filter dry, our products. But you're talking about large amounts of fairly expensive APIs. With other technologies like spray or filter drying, you have heels, product gets stuck in the cyclone chamber, or you have loss through exhaust systems. The last thing you want is run an intensive process and lose valuable material at the end.

“Does that make sense?”

(Editor’s Note: We’ll pick up our discussion on lyophilization – with a focus on outsourcing – when we rejoin Moore of Ionis and Ross of Gore BioPharma Products in our next editorial.)