Launch Your Career At A CDMO 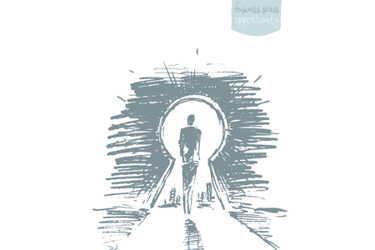 In 2013, Irfan Ali Mohammed went from university in New York (MS in Pharmaceutics; specialization in Industrial Pharmacy) directly to working at a CDMO in Maryland.

At that time, the typical graduating student’s aspiration was to “get into a brand-name company, like a Pfizer or Genentech,” he says.

Has much changed since then? Would emerging professionals today share this experience with Mohammed:

“I got into a CDMO, and then realized what a CDMO really is once I started working there.”

Some nine years later, I ask Mohammed the question most important to those young professionals starting out in the drug industry:

Is starting a career at a CDMO a wise decision?

He goes on to explain how he got started at a CDMO. While young professionals should take particular note, those readers at drug companies or CDMOs looking for new challenges, or to recruit new talent in this hyper-competitive environment, will also want to pay close attention.

As a graduating student looking for employment opportunities in the drug industry, you are most likely applying to as many companies as you can. Or perhaps, you are already being pursued. It’s a great time to be entering our industry – from the noble mission of serving patients to the abundant job openings.

Mohammed had already built up a list of contacts – “a small network” – during his education. He attended conferences, and gave some presentations, one at AAPS. “I was doing my best to see what opportunities are out there,” he recalls.

Pharmaceuticals International Inc. (PII) introduced itself to Mohammed at the AAPS meeting in Chicago in 2012.

Half a year later and just prior to graduation, Mohammed says he was continuing to “email everyone, because email was still the way to do it.” Within a handful of replies he received was one from PII. “They were among the earliest to give me an offer.”

However, the initial position wasn’t closely related to the research Mohammed had been focused on (i.e., evaluating nanoparticle and solid-dispersion technologies for dermatological/ transdermal drug-delivery systems). It was in sterile-product development and manufacturing.

“I was hesitant, and you could call it naivety,” he says. “Thankfully, some alumni from my lab said, ‘Sterile product development and manufacturing is a very hot space. You should consider getting into it.’

“PII simply moved quicker than the other companies, was not concerned about a lack of experience in what I now understood was an opportunity in a growing space.

“I didn’t want to wait around. I accepted.”

Mohammed says soon after joining PII, he realized it was a “perfect playground.”

“Perfect for me to play with my curiosity, see what's in the industry through projects that came in. PII was open for me to explore all departments within our facilities,” he says.

“Reflecting back, if I had gone into a typical drug company, I would most likely have focused on one area, let's say product development. I would get good at that. However, at a CDMO, I didn't only work in research and development, but also exposed myself to the various functions within all the technical operations.”

Today, it is more commonplace for emerging biopharma – and Big Pharma – to provide wider learning opportunities than in the past, but at the time Mohammed thought he may not have another opportunity to experience so broadly how sterile manufacturing is executed – the challenges, requirements, and how therapeutics become finished products on the market.

“I took the initiative to go down on the manufacturing floor, work with the operations team, and understand their job and challenges, because it's a CDMO, right?” he says.

“PII had both sterile and oral-solid-dosage manufacturing facilities. I went there particularly to experience how product development can impact the operators on the floor. I took that back into the lab to design more scalable products.”

Mohammed started building in quality-by-design, and melding principles. As a scientist, for example during a tech transfer, he became more cognizant and knowledgeable of what his own facility could support, “rather than introduce something you can't even scale up, or that will require additional technologies.”

“Thinking on my experience from almost a decade now,” he says, “starting a career in a CDMO gives you the breadth of exposure to understand the overall drug development and manufacturing business, but also the depth, based on which function is of your interest. The exposure can help make you informed and well-rounded.”

And, perhaps, ready for challenges in other places.

After two years, Mohammed moved on to a pharma, Teligent, keeping him on the sterile-injectable career path. He then spent four and half years at Nevakar, where he particularly put his CDMO experience to use.

He explained to me how at Nevakar he helped lead a team of scientists and engineers implement a process-improvement initiative to fix a product’s performance at their European CDMO. This saved the company millions of dollars in what could have  been a significant roadblock to moving that candidate further into phase three.

Since December of 2020, Mohammed has worked at Alexion Pharmaceuticals. He leads global CMC development strategy, operations, and risk management for candidates from pre-clinical to commercialization.

He works closely with Alexion’s many CDMOs; all the assets in development and manufacturing Mohammed handles are outsourced.

“I’m a firm believer in relationship building between sponsor and provider,” he says, finishing up this part of our conversation.

“Both entities need to exist; both need each other. COVID-19 again proved this. Think about Moderna. They didn't have a vaccine manufacturing facility to meet the demands of the world, so Catalent served a lot of the population.”

Going back to the subject of careers and workplaces, Mohammed sees the “great resignation” and a difficult hiring environment today as challenging for both sponsors and CDMOs.

On the other hand, there are many growth opportunities for those entering – and those already in – our industry.

Times change, but Mohammed’s review of how he started out lends perspective and some helpful tips to recruiters and young professionals alike.

Finally, we’d be remiss if we did not point out the frequent organization changes Mohammed has made to date. Perhaps the more things change, the more they remain the same.