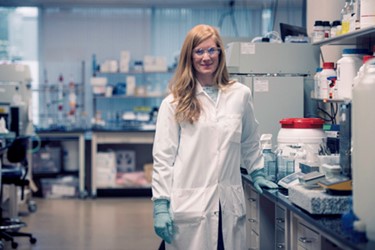 Take it from a seasoned organic chemist, whose career began years ago at the bench and transitioned into CMO management, cross-functional leadership at Amgen, and then to building and leadership roles in outsourcing organizations like Baxter/Baxalta and Shire, and now ImmunoGen:

It’s mostly about what’s on the inside.

“Looking back, most surprising about moving to drug development and manufacturing outsourcing was how fixated I became – for good reason – on the value of establishing consistent internal processes for all our activities,” says Shawn Eisenberg, Executive Director Manufacturing and Supply Chain.

A second surprise for Eisenberg is also focused on internal rather than external adjustments. Here’s a description and advice for both.

Right On The Inside

Eisenberg’s time in process chemistry gave him a fundamental appreciation for robust manufacturing processes and analytics.  However, his advice to others is that to ensure that kind of reliability at CMOs, the selection and management of external partners should proceed in an equally consistent manner.

“Taking passion out, employing a consistent process for ranking suppliers, and providing adequate justification for the decisions and recommendations you're making, is essential,” says Eisenberg. “Across the board, for all activities we undertake in our External Manufacturing groups, I like the idea of establishing consistent business practices.”

“I’m not in favor of putting handcuffs on people,” he clarifies, “but we need to make certain there are basic, companywide expectations when you audit a CMO, sign a contract, or perform day-to-day operations in the clinical or commercial space.”

Eisenberg says these business practices provide reasonable guidance for new employees as well as seasoned veterans, and should result in more reliable outputs from the outsourcing groups for the entire organization, no matter what the size.

“Otherwise,” he cautions, “you can promote bad behaviors.” Among these, he mentions the selection of “favorite” CMOs, and having members of the outsourcing team “double down on relationships that in reality are struggling with projects or compliance.”

“Early in my career there were a lot of questionable practices that were ultimately identified and corrected, often through internal audits and better cross-functional stakeholder engagement. The value a close partnership with your finance department cannot be overstated.”

Introducing standardized business practices are an important part of any change. Eisenberg says such practices are also aimed at clearly enumerating and defining the roles and responsibilities among other parts of the organization, as well as ensuring the right people are participating in the right processes at the right times.

“You don’t want a group of individuals handling potentially hundreds of millions of dollars in contracts just by doing it their own way – with a lack of visibility to the rest of the organization.”

In other words: Plug your external manufacturing organization into the rest of the company. “Fully integrate through established business processes to ensure everybody understands what should transpire, and everyone can measure against expected outcomes.”

No Hat In Hand

Eisenberg tells me of a second, surprising experience from later in his career:

“What shocked me was the prevalent attitude, even at well established biopharma, of ‘We’re small, so it’s hard to get equitable treatment by CMOs.’”

“But for me personally, even back when business was still small – in one case we had a single commercial product and a modest development program – it never occurred to me there is any reason we shouldn't get the fairest deal we could, or that I should walk into a negotiation hat in hand.”

However, Eisenberg says it’s relatively easy to change people’s perspectives. For example, introduce competitive bidding and highlight your potential internally and to CDMOs. Demonstrating an interest in your business helps give people more confidence. “No biopharma today – including start-ups and virtuals – should ever take up an attitude of weakness when dealing with CDMOs,” says Eisenberg.

“Today, whenever we're talking with a CMO, I encourage our people to realize we represent potential business,” Eisenberg continues. “While the CMO will be solving important problems for us, we are solving problems for them as well. They need to fill their plants with work. They've got their own P&L to worry about. We're in this together, and it’s not a situation where either side is begging for help. And if we ever feel such an imbalance, we need to look further for a real partner.”

Eisenberg was recruited to ImmunoGen to build out the company’s External Manufacturing organization. The company, he says, has been operating “since almost the dawn of biotech, as we think of it now, starting in the eighties alongside organizations like Amgen, Genentech, and Biogen, who really led the way as commercially viable companies.”

Over the years, the company became a leader in antibody drug conjugates (ADCs), and among other accomplishments partnered some of its technology with companies such as Genentech, Sanofi, and Takeda.

ImmunoGen recently decided to change focus from its roots in platform technology partnerships, and pivot to operating as a fully integrated biopharma company, utilizing its ADC know-how and technologies … and an all-outsourcing model. This despite its internal development and manufacturing capacity that had been supporting technology and development in the ADC space throughout the industry.

According to Eisenberg, “There was a detailed analysis and decision-making process to build what ImmunoGen leadership felt an organizational structure would need to look like for an external manufacturing group. Hiring the head was the real starting point to get that rolling.”

Enter Eisenberg. “There was already a good deal of partnering going on,” he says, “but this was a great opportunity to build out from there. We’ve had to make some adjustments, obviously, but ImmunoGen had a good model from the start, and I’ve been fortunate to put together a team from both internal staff, and outsourcing professionals hired from outside the company.”

For certain, there will be plenty of consistent business practices, and a confident attitude in negotiating and working with CMOs, as Immunogen moves forward with its pipeline. That pipeline includes mirvetuximab soravtansine, their lead product candidate in late stage development for folate receptor alpha (FRα)-positive platinum-resistant ovarian cancer, and additional promising products.

Outsourced Pharma readers – no matter the size of your company – should consider implementing your own internal SOPs and positive attitude for drug development and manufacturing outsourcing.