Inserting The Pharmacist At The Center Of Biopharma 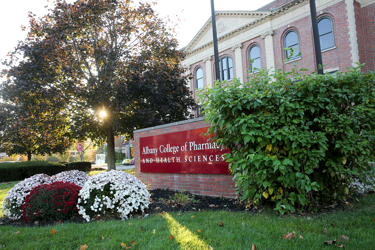 The president of an important college of pharmacy in the U.S. believes his graduates should occupy the center of the biopharma drug development and manufacturing industry.

In fact, quite a few do already.

But now Albany College of Pharmacy and Health Sciences (ACPHS) President T. Gregory Dewey is going further. The college is establishing a Center for Biopharmaceutical Education and Training (CBET), and has hired a renowned bioprocessing education and training specialist to help increase those numbers substantially.

Dr. Kamal Rashid, Ph.D, is tasked with founding and managing his fourth center for biomanufacturing education and training, after doing much the same at Penn State University, Utah State University, and most recently at Worcester Polytechnic Institute (WPI).

“I was astounded,” he tells me in a conference room at the college, flanked on one side by Albany Law School, on the other by Sage College and New York State’s Wadsworth Center, and with the Albany Medical Hospital and College directly across the street.

“Our alum have penetrated the pharmaceutical industry, in manufacturing, regulatory and medical affairs, marketing and sales. Some have amazing careers, where they’ve come in and out of various positions and roles.”

Prime examples: Geno Germano, currently President and CEO of Elucida Oncology, and who has held executive positions at some of the world's largest companies, including Pfizer, Johnson & Johnson and Wyeth; and David Stack, CEO and Chairman, Pacira Biosciences, and who also held various previous roles in the biotech industry.

Closer to home – actually a few miles across the historic Hudson River –a group of ACPHS graduates occupy positions at the expanding Regeneron facilities.

“I crossed the bridge to visit the leadership of that facility,” says Dewey. “It turns out we have some 25 former students working there. We’d really done nothing intentional to make that happen.”

With Rashid on board and the establishment of CBET at the college, the intent is clearly there now.

And even prior to a decision on the location for the center – I’m told a number of options are under consideration – the college has witnessed the power of those intentions.

The college inserted an industrial microbiology track into its microbiology major as a preliminary step. Soon after publishing the new track online, Eli Lilly representatives flew in from Indianapolis looking to interview any students who would be taking the new courses.

Dewey thinks he knows why.

“What struck me initially was the incredible versatility of the degree,” he says.

“Their pharmacy training is as quantitatively strong as any basic science training – they can go into engineering for example. But they also bring an overall understanding of the healthcare system to the end-user, the patients.”

Dewey continues: “The basic sensibilities of the pharmacist – particularly the role of formulation development – are spot on for today’s biopharma industry. Not that they're the perfect person, but there’s a conviction pharmacists should definitely be in the mix, certainly within the bioprocessing space.”

Rashid, for his part, is not deterred by establishing his fourth university-based center for bioprocessing education and training, this time in upstate New York – a location not on anyone’s list of biopharma clusters.

“Neither was Utah,” he says with a laugh.

“But we drew in industry folks from Boston, and frankly from around the world. If you offer a quality program, word gets around the industry, and they’ll come. They need skilled bioprocessing workers with strong educational backgrounds.”

The objectives for CBET fall both locally – growing that regional bio-cluster to some degree – and nationally by sending recruits to biopharma organizations around the country.

“The center will be the first of its kind in New York,” Rashid says. “We’ll start out to educate our own students, and some will become available to the biomanufacturing industry – an industry whose growth will not slow down for decades.”

He continues: “We have a plan for the center similar to what I did at WPI. We had a training center with state-of-the-art bioprocessing labs and equipment. We started doing projects for equipment vendors and others. Some of that development work resulted in publications.”

Rashid said CBET won’t quite be a contract development and manufacturing organization (CDMO), but will have the human resources and facilities to do proof-of-concept development for emerging biotechs and others.

“A biotech can come to us and say, ‘Our cells are producing this protein. We don't know if it's scalable. Could you try it out in your bioreactors, optimize conditions?’ When biotechs are trying to determine if in fact they can be viable, but don't have facilities or knowhow, we’ll help them through proof-of-concept and scalability challenges.”

Rashid, along with Dr. Richard Dearborn, Chair of ACPHS’ Department of Biopharmaceutical Sciences, and Dr. Meenakshi Malik, Director of BS Microbiology and MS Molecular Science, have become known at the college as “Team CBET.”

They are in the process of selecting equipment to outfit the labs, and are building partnerships with major suppliers such as GE Healthcare, Eppendorf, Sartorius, Thermo Fisher Scientific and others.

The blueprint is to start with versatile, five-liter bench-top bioreactors. Versatile, explains Rashid, because reactors are on a console platform, allowing for the interchange of various sizes, perhaps up to 50 liters.

The center will utilize continuous manufacturing, single use technology, and will get into “analytics, QBD, as well as perform QC/QA,” which he says, “other university-based programs don’t have.”

“Ultimately,” adds President Dewey, “We want to go to a pilot plant stage.”

“There's the microbial system, which requires fermentation expertise,” says Rashid. “Those biopharma companies are mostly in the Midwest, where Eli Lilly and others are. Then we have manufactures that use mammalian cell systems, more concentrated in the Northeast and Southwest.”

Another area Rashid has seen grow the past decade is insect cell research. He says CBET may find its way to more involvement in vaccine production. (Of course, the coronavirus outbreak makes that prognosis quite understandable.) Cell and gene therapy programs are also on the list as expansion takes place..

Overall, says Rashid, “We can advertise ourselves as a place to perform translational research in close collaboration with the biopharmaceutical industry.”

“Centers similar to our CBET can serve as a mediator among the biopharma, CDMOs and equipment vendors. Companies like GE Healthcare, Thermo Fisher and Eppendorf are particularly interested in pursuing avenues for new technology adoption. We can play a facilitator role by bringing these vendors in for workshops, and providing a neutral meeting ground for end-users. If we develop a portfolio of small companies, they can learn about all these new technologies here.”

Finally, I know that quite a few Outsourced Pharma readers have pharmacy backgrounds—and are proud of it. Other readers work with colleagues and leaders who are pharmacy trained.

Now, we can expect more such professionals entering our drug development and manufacturing space, with some of those supplied from Albany, NY.