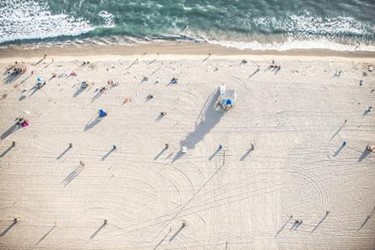 If you’re interested in new tech and innovation – including outside of the broad biopharma space – and you enjoy warm weather and cool coastlines, you won’t help but envy Ravi Kiron. Merck KGaA has given him the job of all jobs.

Last summer Kiron joined EMD Serono, the US Healthcare division of Merck KGaA, Darmstadt, Germany, as Head of BioPharma External Innovation, at the newly formed Silicon Valley Innovation Hub in Menlo Park, California, and is tasked with establishing partnerships  for Healthcare. Below Kiron tells us how he’s starting out, what new tech he’s pursuing (or already found), and how it might relate to our focus on drug development and manufacturing outsourcing.

And try not to be too jealous of Kiron as you’re reading. More jobs like his may be on the way. 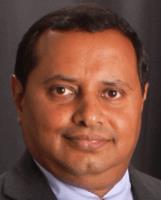 I’m prepped to immediately start in on talking new-tech and innovation. Kiron, seated comfortably in his office in Menlo Park, is too, but insists we should review the history of his organization first, so as to understand the full drama of the investigations he’s undertaking. And although still a new hire at Merck, any historian would give the thumbs up to the flowing chronology Kiron easily provides us. Here’s the abridged version:

Merck KGaA, Darmstadt, Germany, is the world’s oldest pharmaceutical and chemical company, and this year is celebrating its 350th anniversary. In 1891, it also established a presence in New Jersey, for product development and distribution, which it operated until the site was expropriated by the U.S. government after World War I, in 1917, and sold to private investors. It has been an independent company ever since.

It was then established that the “U.S. Merck” could only use the Merck name within the United States and Canada; globally it was to be referred to as MSD. The German Merck is referred to as Merck everywhere outside the U.S. and Canada , but within does business as EMD Serono or EMD Millipore (initials of Emmanuel Merck Darmstadt, and the name of subsequently acquired company).

Today, Merck KGaA’s healthcare division focuses primarily on discovering and developing drugs in the therapeutic areas of oncology, immunology and immuno-oncology. In recent years, the company purchased Sigma Aldrich and Millipore, so there’s also a second life sciences division, focused primarily on instrumentation and reagents. Finally, Kiron mentions that Merck KGaA has a performance materials group whose main product today is liquid crystals used in mobile phones, computer displays and flat-screen TVs. “Merck KGaA is the biggest manufacturer and supplier of liquid crystals in the world,” he says proudly.

And with that hint of technology, Kiron’s now ready to turn to the search for innovation.

Shiny Pebbles On The Beach

“Looking for innovation means reaching out to all kinds of entrepreneurs, perhaps particularly those outside our industry,” explains Kiron. “You need to look deep into academics, and then those biotechs developing new approaches and ideas. We’re starting here in the Silicon Valley because it’s a hub of all kinds of innovations for all kinds of industries. But we will eventually expand to anything entrepreneurial anywhere in the US that we can envision connecting to or somehow speeding up drug discovery and development.”

He mentions technologies that develop drug-delivery parameters, identify novel biomarkers, or even develop methodologies to identify patterns within which sponsors can select “the right patient population” for oncology clinical development. “There are so many oncology companies out there, and so many PDL1 inhibitors, you must differentiate your drug, and find ways to best demonstrate efficacy and functionality of your own products,” he says.

He mentions a deal his organization did early in 2017 with California-based Palantir. “They have developed a strong engine in terms of how we can analyze massive amounts of data. So we applied that to our drug discovery methodology, and the results have been extremely encouraging.”

The Hub is also looking to identify novel opportunities, such as for biosensors. He mentions a polymer gel with embedded electrodes, which when applied to a patient’s hand, can non-invasively measure blood glucose levels. “You can have imaging of blood vessels to indicate early signs of stroke, all connected to the cloud. I mean, it's quite amazing with nanotech, with in silico drug discovery, all kinds of interesting quantum computing, machine learning, macro-level processing … technologies that go way beyond my expertise, but we much catch up with.”

Before I can pose my next question, we’re talking more about nano, and aircraft. “The kinds of nano opportunities we're looking at are mind boggling,” he continues. “There’s an aircraft company revolutionizing how planes landing at an airport are checked before they can take off again. It’s currently a time-consuming process. I heard that an employee saw a Tom Cruise movie where nanobots, or nano-drones with cameras and sensors, did spacecraft inspections. The company agreed to take a look, and lo and behold, they were able to do very efficient testing of the aircraft utilizing such technology, saving hundreds of hours of time and money.” This, says Kiron, is what our industry must think like.

But who will be the drug sponsors or CDMOs to come up with our nanobots, and nanobot-service models? Are we in fact nurturing our own out-of-the-box innovative thinking?

Kiron can certainly get excited with his job and its potentialities – wouldn’t you? Nonetheless, he is careful to note that “innovation” has become an overused dictum for just about anything.

In the past, usually the last question they asked a newly crowned Miss World or Miss Universe was what do you most want, and they all answered, ‘World peace.’ Nowadays, they answer, ‘World innovation.’

So Kiron isn’t chasing down every new-tech rabbit hole. And, he knows, it certainly would speed up the adoption and implementation process if new ideas and technologies come from within our own industries, and workers. Indeed, while we can read (daily) tips and strategies for nurturing innovation, it really is up to each CEO, each individual, each drug sponsor and contract discovery, development and manufacturing partner, to come up with its own ecosystems. Kiron will talk more about how his organization is set up in part two.