"In And Out Sourcing" At An Advanced Therapy Biopharma 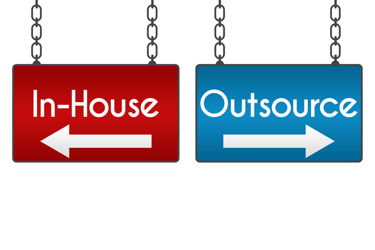 Todd Mabe has always loved music. He was a disc jockey in high school and college, and once general manager of a radio station. He still listens to a weekly broadcast of “new music drops.”

Now he wants to bring music to the ears of those much less fortunate.

To do that, Mabe has joined other Big Pharma executives moving to emerging biopharma. He left Merck in December and joined Akouos, Inc. in January 2021.

Akouos anticipates submitting its Investigational New Drug (IND) for AK-OTOF in the first half of 2022.

“I’m so happy,” Mabe says of his new position and company. “Our focus is to restore, improve, and preserve high-acuity physiologic hearing for individuals who live with disabling hearing loss worldwide.”

The Akouos model for drug development and manufacturing was also a lure for Mabe.

And it’s become a quite familiar one to Outsourced Pharma readers.

In and Out Sourcing, we might start to call this advancing hybrid to build and outsource.

Professionals like Mabe are being hired to impact a company’s build-buy decision-making, help establish and manage both in-house and CDMO relationships, and work to plug everyone and all activities into a coherent center.

Mabe – Outsourced Pharma Board member, and speaker on this very subject in our next Live event (June 22) – spoke with me about his new role, the cell and gene space overall, and particularly this new methodology.

Like for other cell and gene therapy companies across the U.S. (Akouos is located in Boston’s Seaport District), of growing importance is the “execution on build of internal manufacturing capabilities and infrastructure.”

The company, founded by individuals with deep industry experience – and supported with equally deep funding streams – is building scalable manufacturing capabilities to support research, including IND-enabling studies, and GMP activities for clinical trials.

“It's a sign of the severely changing gene therapy space,” says Mabe.

One challenge: The COVID-19 vaccine players have a firm hold today on so much capacity at CDMOs.

“The profitability of these larger campaign relationships due to COVID-19 makes it difficult to find capacity,” explains Mabe, and a reason Akouos has established multiple CDMO partnerships.

Moreover, various sources have corroborated that even when advanced-therapy developers secure a CDMO relationship, due to COVID-19-related demand, some raw materials require much longer lead times than expected.

Mabe says these and a variety of such factors are driving new construction at biopharma.

“And,” he says, “it's actually cost-effective to build for a gene or cell therapy.”

That cost-effectiveness is provided by the smaller scale facilities required to support these advanced programs.

Examples of building abound: Alnylam, CRISPR, Bristol Myers Squibb, Biogen, Vertex, and Ultragenyx. Moderna had a substantial footprint prior to the pandemic.

The knowhow is there today to simultaneously build a development and GMP facility for phase one and two needs, and says Mabe, “phase three in commercial in some cases.”

“Bringing as much of the analytical testing as possible in house minimizes delays in sending out samples, reduces shipping errors, and affords timely mitigation of issues. The most advantageous benefit is the retention of operational knowledge from internal manufacturing.”

“The other driver are these newer technologies themselves. Cell and gene therapy technologies are rapidly advancing in a growing industry.

“I’d say the paradigm has heavily shifted. We can control more ourselves.”

Build Not The Be-All And End-All

Nonetheless, even within this cogent argument to build, more often than not it’s a first step in development and manufacturing strategies.

Akouos leverages and is building a breadth of capabilities and infrastructure, including expertise in AAV-mediated modalities, while it maintains and builds relationships with established CDMOs.

In many cases, the current build boom in general may actually serve as a necessary “delaying tactic,” as more CDMOs emerge to serve advanced-therapy operations, and established CDMOs continue to catch up on technology, and rebalance capacity.

But even when outsourcing becomes the option of choice, traditional challenges remain.

None more vexing than the positional variance between negotiating with CDMOs when at established pharma versus when at emerging biopharma.

The bigger a drug developer, the bigger the offered “stake” – volume and potential future work – in a CDMO.

And so, says Mabe, “You attempt to positively influence.”

With new project managers at CDMOs today, you can “gain ground by being open in explaining your programs and its goals, as well as the unmet medical need and communities involved. It’s all about sitting on the same side of the table.”

Mabe can also leverage his experience: “I can challenge what we're being asked to do by a CDMO,” he says. “It’s knowing how to push back at each phase of manufacturing.”

“I ask questions such as, ‘Can you give me some more information on why and what regulation or guidance drives this need at this time?’

Existing relationships with well-known CDMOs appear to be on solid ground. Obviously, Akouos recognizes it’s important (to investors, operations, and the deaf and hard of hearing community) to maintain these external relationships.

And Mabe – joining many other ex-Big Pharma – are being hired to help that along, as well as set internal build plans in motion.