How To Coordinate Your Site Selection With State Economic Development 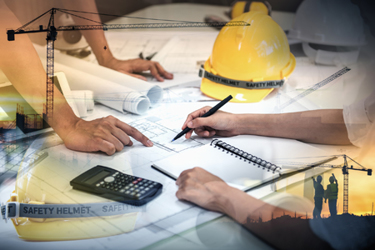 Where are your labs located? Development/pilot/clinical material facilities? Commercial plants? If these do not exist, where should you build them?

If outsourcing, where are your CDMO’s facilities located?

Some answers depend on even more elemental questions: Where would you like to live and work? Where might your future employees be concentrated, most easily recruited, and retained?

Well, that’s what we should say.

Happy about it or otherwise, many readers will face a level of “site selection” – some of you coming face-to-face with economic development agencies at state, regional or local levels.

What should you expect? Fundamentally, economic development officials should have the capability to:

The above and more should be provided via organized and efficient key point(s) of contact.

Kimball Hall was an executive at Amgen and Genentech before becoming COO of CDMO Abzena. At all these positions she’s been directly involved in strategic, and ultimately successful, site locations.

Most recently, she was instrumental in site selection project for Abzena, in North Carolina.

Hall starts by telling me of a key decision her global (U.K.-based) company took prior to reaching out to U.S. states for assistance: they would locate their new production facility in the U.S., but not at their current location in San Diego.

This type of internal clarification – even if it is only “somewhere in Europe” – is helpful before getting started in earnest.

Then, subsequent to a conversation with Bullock about the site selection process in North Carolina, Hall says the state dedicated a two-person economic-development team to extend the conversation, and initiate a search.

As is the case for most life science companies considering expanding in NC, professionals from the Economic Development Partnership of North Carolina (EDPNC) and NCBiotech formed a team to support Abzena’s site search.

“I presented our overall search parameters to the NC team,” explains Hall. “Together we ended up covering a good portion of the state, which afforded me an understanding of a wide availability of property."

A specific need-to-know for Hall: Could each candidate location meet all her timelines from a permitting perspective?

And Hall appreciates the NC team “remains agnostic to where you end up in the state.”

“Their job,” she says, “is to present you to the facilities – and to the townships and localities – to get you answers.”

That’s the path to narrowing your decision-making process, and pointing you to locations to focus on.

Only subsequent to the above – a point Bullock also made in our conversations – does a focus also fall on financial and incentive programs.

Money talks, but it does so later in the process than perhaps one might expect.

“This creates a fair environment for all the counties and sites in the state, and most importantly, for the biopharma company to end up with the location that works best,” explains Hall.

“I've done this a few times in my career,” she continues. “You go to the states you are interested in and have these conversations. They lead to introductions to different properties, nearby universities, worker training programs, and other aspects.”

“I also like to talk to the engineering companies in the areas. And others in our industry located there. I ask them: ‘What was good, what was not, and what were your hiccups?’”

Bullock, for his part, continually emphasized this ability and willingness to broker introductions to the established biopharma community as a key component of economic development.

“We’ve worked with most of the companies here, some for many years,” he explains. “Part of our mandate is to stay tightly connected to the entire life science industry.”

“We keep asking them: ‘What else do you need? How are things going?’ And they are almost always willing to talk to a new company considering locations in the state.”

Bullock says it’s a “massive advantage” for biopharma companies to have organized and coordinated economic entities when working with states for facility locations.

What you do not want, he says, “is a myriad of local or regional contacts to start with.”

“It gets unwieldly. Some don’t know where other appropriate sites might be. You end up with county commissioners and different incentives and narratives.”

Instead, as in the case of Abzena and Hall, who Bullock new from prior site-selection activities (there’s those connections), the company could initiate the process on a “much lower key level.”

Bullock informs me NCBiotech is actually an independent 501C3 nonprofit – not a government agency but funded primarily from a state appropriation.

“Our team knows the entire economic development community here. We know the life science community. We know her language. We meet our clients right where they are within their site selection stage.”

He mentions another example of a relationship leading to success.

The initial call he received from Fuji DIOSYNTH about their recent NC expansion also began as a general conversation.

“Our first exposure to the project was really around an idea and a discussion with their point of contact about possible location options, fit, and process should anything move forward.

“The goal is to bring value to companies by providing a partner to build sustainable relationships. We act as an ongoing connection that offers knowledge of life sciences with rich partnerships within the economic development community.

“Companies should be comfortable with the economic development process given the importance of the decisions at hand.”