How Do You Due-Diligence Novartis? 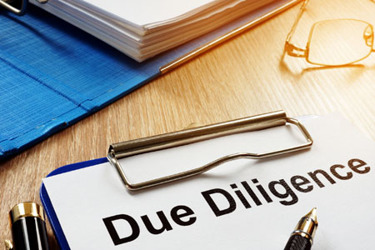 Carisma, a Philadelphia-based biotech developing a proprietary cell-therapy platform, needed a CDMO to scale up the manufacture of a unique CAR-M (macrophage) product (CT-0508 targeting HER2-positive solid tumors, currently in phase one).

The search was proving difficult until a relatively untested CDMO emerged.

That CDMO was Novartis.

Carisma President and CEO Steven Kelly explains the process behind how his company performed due diligence on a Big Pharma.

Kelly’s career spans three decades, including roles at Sanofi, IDEC Pharmaceuticals ( Biogen), and Amgen, and as CEO at several biotechs. When he joined Carisma in 2018, the company was facing new challenges finding external partners to scale up material.

“There are CDMOs doing CAR T,” he explains.“The difference for us is an adenoviral vector no one else is using. That's step number one. Number two is we're using a different cell type – macrophage.”

When approached, CDMOs typically said they no longer worked with adenovirals. Carisma specifically solicited cell-products organizations, but those insisted they wouldn’t introduce adenovirals into their facilities.

After a challenging process, Carisma had found five potential CDMOs to manufacture the adenoviral vector, and selected WuXi (and then Catalent for a separate process).

Carisma was Miltenyi’s first customer at a newly built facility in Sunnyvale, California. Although Miltenyi continued building out new capabilities, Carisma was outgrowing  capacity for the CT-0508 program, which precipitated another CDMO search.

The search again proved difficult. A break came when Carisma’s VP Manufacturing, Ken Locke, who previously work for Novartis, heard the Pharma had excess capacity, and was considering the possibility of “acting like a CDMO.”

“That was intriguing,” recalls Kelly of his team’s initial thoughts. Obviously, Novartis was commercially supplying its own CAR T program, and had “robust systems” in place. I said, “We have to approach this rapidly.”

But not without a full vetting. “With all our partnering approaches, we look for quality first, economics, deliverables, and speed is important for a small company like ours,” says Kelly.

Along with Locke, Kelly sent his entire manufacturing and process development teams to Novartis’ facility in Philadelphia. “They evaluated, and came away impressed with what they saw and learned.”

“Similarly,” says Kelly, “Novartis wanted to make sure we were a legitimate company, and returned the visit. We were able to provide them a good sense of what we are as a company, and what we're trying to accomplish. We had significant plans for the future. There was some selling on our side as well.”

What about pricing? I ask Kelly.

“At phase-one scale, pricing is going to be much higher than what you'd anticipate at commercial scale,” he replies.

“For me, it was much more about quality and reproducibility. Those were important characteristics. The depth of experience in manufacturing and the process itself, the analytical capabilities, all those things are more important than price.

“That said, they're on par with what we would've expected to see out of any CDMO.”

Kelly adds any emerging biopharma will have a discussion around “attempting to avoid capital expense.”

Early investors don't want to see much of it. That necessitating locating a CDMO that can provide “the throughput needed to do clinical studies appropriately, and again, with high quality.”

“Novartis checked all the boxes, and then as a bonus, the economics were quite good.”

Also good is an emerging biopharma associating itself with a name like Novartis; it certainly can’t hurt with those careful investors.

That’s not to say the name influenced Carisma’s due diligence; it’s clear from talking to Kelly that was not the case.

But he did speak to the spotlight that comes with a name-brand Big Pharma partner.

“Absolutely, that can be a positive factor,” Kelly says, “but for us it was first about knowing that Novartis makes high-quality cell-therapy products.

“Then they demonstrated through our interaction they look at things maybe we haven't considered to get from phase one to commercial scale. That added value. It’s not that they're Novartis, but they could apply professionals who have gone through the same process we are.”

Maybe too much the same: selecting a “CDMO” with its own program making it a potential competitor … doesn’t that bother Kelly?

“That was part of the thought process,” he replies. “Are we competing in the same space with a somewhat similar technology?”

Their conclusion: not really.

“Novartis has a CAR T; we're a Car M, so different cell type, and different target applications. We're looking at solid tumors; they have not expressed an interest at this point. I don't think they're overlapping.

Kelly says he was much more concerned with once having agreed to work together, what if suddenly their lead program requires more capacity? Where does that leave our throughput?

He challenged his team to ensure Carisma could secure capacity over an extended period, and be afforded enough time should at some point they would need to tech transfer to another location.

“That was more concerning to me than overlapping technology or competition,” he iterates.

Kelly felt the contract did include that flexibility, and options should he need them some day.

“Flexibility was part of the analysis,” he explains. “Clinical demands may change over time. We are planning on opening two more studies with this exact product, after we complete phase one. Satisfying that demand is critical.”

Even further down the road, the operative question was, says Kelly, “Can we continue to expand our footprint within Novartis?”

“If you are going down this path as a CDMO, and you’ve got your  own product; and we are the first potential client in this area, and you’ll probably look to add others; it comes right back around to our first challenges:

“Will we have the slots, flexibility, and speed to accomplish what we need?”

Only by doing your due diligence – no matter the name on the CDMO – is the only way to uncover the answers.