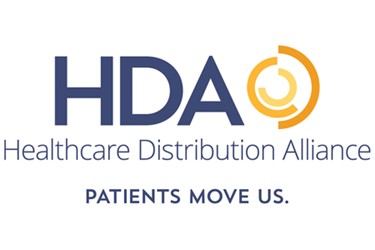 I’d bet a bitcoin many readers of Outsourced Pharma know less about the Healthcare Distribution Alliance (HDA) than you should.

We should know more because HDA members (including some of the companies you work for) literally touch the products you develop, process, manufacture and outsource, and set them down safely and securely at the interface of the patient in the United States.

Here’s another reason I learned directly from Perry Fri, EVP, Industry Relations, Membership & Education at HDA and COO of the HDA Research Foundation: the industry research, surveys, data, and insight the organization generates for members – and the pharma community at large – is impressive, and can be put to good use.

Some of the most important work the HDA has undertaken recently has been its advocacy and leadership in DSCSA (Drug Supply Chain Security Act) creation and implementation.

But before we get to that, there’s another subject we might have given less thought to than warranted: “drug importation.”

Although until recently the HDA has been solely focused on domestic policy and supply chain, it has released an important analysis of current drug-importation plans.

Fri describes the HDA as “the association for primary pharmaceutical wholesalers in the healthcare supply chain.” By “primary,” he refers to wholesalers buying from manufacturers who sell directly to dispensers. “They are a vital link in the supply chain, ensuring products safely and efficiently get to patients at the dispenser level,” he explains.

The largest of these are AmerisourceBergen Corporation, Cardinal Health, and McKesson. HDA also includes traditional, regional wholesalers, with examples such as Smith Drug (South Carolina), Morris & Dickson (Louisiana), Value Drug (Pennsylvania), and Dakota Drug (Minnesota), and companies such as Henry Schein, a large med-service distributor in the physician space.

Specific to Outsourced Pharma readers, what makes HDA unique is its “very involved manufacturer-associate membership.” Fri says there are 135 manufacturers, ranging from the largest public pharma companies to companies just launching products, as well as 50 service-provider and international members.

Manufacturer-member companies include entities engaged in developing, manufacturing or labeling of healthcare products. The membership is designed to build close relationships with wholesale distributors, and share expertise with the industry through member events.

Fri says another reason manufacturers join HDA “is the work we do on the supply-chain side to help make processes, operations, and technology more standardized, and more effective in the way those companies interact with one another.”

During my conversation with Fri, it seemed no matter the topic of discussion, HDA had some form of research report on the subject.

The day we spoke, HDA released “The Role of Distributors in the US Health Care Industry,” an analysis highlighting distributors’ value, which concludes providing “between $33 and $53 billion in cost savings annually to the U.S. healthcare ecosystem.”

Regarding DSCSA specifically, I was pointed to a recent survey on manufacturer serialization readiness, which we’ll cover in detail next time.

And when I mentioned the drugs that make their way to the U.S. from outside the country, I was provided a copy of the HDA Research Foundation’s report, “The Risks and Realities of Commercial Drug Importation.” What Fri and this report have to say on the subject warrant our immediate attention.

Fri clarifies that HDA member companies are not involved with importing material or products from abroad – manufacturers themselves are responsible for bringing the drugs into the U.S.

Nonetheless, the HDA Foundation has put together a report on what challenges we might face should the U.S. decide on currently discussed plans (in Congress and elsewhere) for “drug importation.” These plans would allow drugs manufactured and packaged abroad, and intended for foreign markets, to reach U.S. patients as well.

The subtitle of this report is “An End-to-End Analysis of Drug Importation Policy on Patient Safety and the Pharmaceutical Supply Chain” (posted here).

The final analysis is stark: The currently proposed drug importation policies would come up well short of meeting “current safety and quality standards for drugs in the U.S. Proposed importation policies likely place the integrity of the commercial supply chain at risk.”

“What we’ve seen,” says Fri regarding these discussed initiatives, “not only by the U.S. president, but also individual states aimed at lowering the cost of drugs, is in fact importation creates opportunity for unsafe practices, and the potential for counterfeited or diverted drugs to enter our supply chain. These ideas effectively take away some of the responsibility and coverage that the FDA has with manufacturers and packagers today,” he adds.

The report stipulates countries would need to have similar regulatory frameworks for us to actually be able to import products, and we would most likely have to exclude biologics and other hard-to-handle drugs. Opioids, for example, and drugs with external patent protection in the U.S., would also have to be excluded.

“Therefore,” concludes Fri, “when you start defining this, you realize maybe it's five EU countries and Canada we could import from, also because they're actually close enough to ship product efficiently. But looking at specific product categories, you realize maybe only 20% of the U.S. drug market would actually be at risk of competition from imported drugs, and those are probably in product categories where drug pricing is not a major concern.”

(For further reading: In July, U.S. Department of Health and Human Services (HHS) released the “Safe Importation Action Plan,” and the HDA released its position here.)

DSCSA at Risk With Importation

We’ll cover the HDA’s DSCSA manufacturer readiness report in a following editorial, but it’s important to wrap up our conversation on drug importation, with something John Parker, HDA’s Senior Vice President of Communications, told me regarding proposals:

“They do not take into account – or at best only in a passing way – the new DSCSA. A structured system to further enhance the integrity of the drug supply chain is being implemented — and now we are going to create this other importation pathway that doesn’t align or sync up with DSCSA and the new regulatory framework?

“By affecting supply chain operations and the high standards that exist today, drug-importation policy could adversely impact the quality and safety of drugs and ultimately patient health.”

Parker gives an example: “A drug is manufactured for Germany. Packaging and labeling are in German; it’ll include a numbering system that applies to German regulatory standards – nothing to do with the NDC [national drug code] or embedded serial numbers in the U.S.”

If anything else, this certainly sounds like a large step back from current efforts at traceability in the U.S.

An outcome none of us should accept.

Next up: An analysis of the HDA report on the state of manufacturers’ DSCSA readiness.