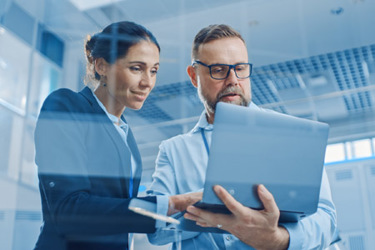 “Our API production has occurred at two U.S.-based CDMOs since our first commercial approval in 2013. Over time, we’ve worked closely with both on new API generations and biologic processes, leading to additional regulatory filings to improve yield or change a cell line, or other enhancements.”

Also occurring over time: Halozyme transformed from pursuing clinical development to one focused on its “technology platform.”

That platform (ENHANZE) is based on patented, recombinant human hyaluronidase PH20 enzyme (rHuPH20), which allows for large-volume subcutaneous injection with increased dispersion and absorption of co-administered drugs and therapies.

Today Halozyme focuses on the drugs of companies such as BMS, Roche and Janssen, via collaboration and licensing agreements (more on those in part two).

When asked to describe the company, Torley says, “I consider us a biotech because of our development and CMC expertise, but one now focused on technology licensing and partnering to leading pharma companies.”

The two CDMOs mentioned above play a major role in reliably producing the specialized API Halozyme delivers to its pharma partners. It’s important to maintain optimal relationships and productivity with these service providers. That’s accomplished in part through a newly created role at the company.

Here’s how External Manufacturing Site Leads have upped the outsourcing game for Halozyme, and could yours as well.

Torley says her first priority as CEO is to engage her counterparts at the CDMOs, including at least biannually “on a strategic basis to ensure mutual understanding of current and future goals.”

“That alignment is an important best practice – not to get in the way of the operational work the teams do, but to ensure we're sharing perspectives on what we're trying to accomplish each year.”

A second best practice is the quarterly and formal sponsor-provider business-review meeting.

KPI [key performance indicator] dashboards are reviewed and measured against expected outcomes, “on production and a whole scale of agreed metrics for quality and performance timelines.” Each aspect of API development and production is formalized within these KPI metrics.

“I also attend at some points,” says Torley, “but mostly it’s my head of manufacturing and the CDMO’s site leads.”

“However,” she says of the third part of bringing the CDMO relationship to life, “it’s through those actual working teams where we must remember the real work gets done.”

There is, though, a relatively new component touching all three of the areas mentioned above, and what Torley is most excited to introduce to Outsourced Pharma readers.

For each CDMO, Halozyme has created a role called External Manufacturing Site Lead.

“These are two, senior-level individuals with a CMC background, and whose job it is to secure and monitor all the points of connection between the CDMO and Halozyme,” Torley explains.

For example, if an issue is “percolating up,” these site leads work with alacrity to assemble the right people on both sides to discuss it, ensuring there are no resultant surprises.

“Isn’t that what you don’t want when working with CMOs – to be surprised? To hear an issue has been lingering for weeks?” asks Torley.

With this site-lead-led architecture, both sponsor and CDMOs find themselves able to quckly slide into what she calls “solution mode,” and stay there until challenges are overcome, or sought-after innovations or course-corrections implemented.

This is most important, says Torley, admitting that even though the goal is to avoid the unexpected, “In reality, there’s always that little surprise potentially waiting along the way when consistently manufacturing new products.”

“So we have graduated to this transparent, strong-communication, high-collaboration, solution-finding model,” she says most descriptively. “We find it works well for our partners, too.”

“The new External Manufacturing Site Leads have been instrumental in ensuring everything  is progressing” – including not only the product development and manufacturing itself, but also the sponsor/service-provider relationship.

And it’s why Halozyme has been so reliably successful in providing API for co-developed new products to their pharma customers.

For certain, our industry has increasingly relied on the CMC head as the watcher of the outsourcing helm.

Both these – CMC head and CTO – and now Halozyme’s dedicated site leads aim at achieving the same goal:

Proactively monitor, connect, and communicate all the outsourcing-relationship pieces.

“Previously, when we had our CMC person in the lead, they’d focus on their bit; the quality person would focus on theirs, regulatory on theirs,” says Torley. “We didn't experience a full cohesion until we brought in that one external site lead.”

“Allow me to add, this is similar to how we approach our alliance partners. There’s one person accountable for ensuring the relationship is holistically moving forward, and pieces aren’t flagging behind.”

But back to the External Manufacturing Site Lead specifically: Is the model scalable?

“We feel strongly about these hires,” Torley replies. “When you realize our job is providing API to our partners, on time and with high quality, if we don’t succeed at that we don’t fulfill our core as a business.”

Moreover, she says, “We see lots of future opportunity. We're investing now to increase yields – spending money to create a new process. We must ensure that progresses productively.

“In fact,” she continues, “We're investing to develop a new rHuPH20 entirely. In the big scheme of things, when you think about running a business, cutting corners is not advisable.”

Instead, Halozyme has these new professionals counteracting any potential bottleneck within CDMO relationships. “As a leadership team, that’s a priority,” says Torley.

Still, looking forward to those “ambitious goals for the company,” adding another CDMO to one or both current external site leads’ portfolio is a possibility.

“But the way we wanted to establish and learn from this role was to have a dedicated professional per CDMO.”