Drug Development In 2017: The Year Of The Middle Way 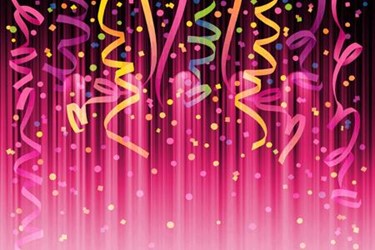 Don’t let this year end without gathering some space around you to consider these two questions:

In 2016, what rose to the top in importance to me and my company regarding outsourcing of drug development and manufacturing services? (If you have more time, apply this industrywide.)

In 2017, what trends and activities do I foresee becoming most impactful?

I asked our Outsourced Pharma Editorial Board to undertake these contemplations. Here are insights from two of those members, both focused, shall we say, on the search for a middle way.

“In addition to those biologics, nucleic acid and ‘middle molecule’ drug discovery is becoming realistic. The technical needs required not only for biological products, but also for small-molecule-based CMOs, will need to continue to grow."

Global researchers, including at Osaka University, as Seko points out, are advancing the study of middle-size biomolecules (MW ca. 400-4000), such as natural products, glycans, peptides and nucleic-acid drugs with high chemical diversity and diverse biological activities. They are referred to variously as middle, mid-size or medium molecules.

According to Osaka University professor Koichi Fukase, these not-too-big-not-too-small candidates have great potential as higher bio-functional molecules, specifically because of the following characteristics: middle molecules have a relatively large surface area in comparison to small molecules; strict and diverse molecular recognition is possible based on the multipoint interaction between middle molecules and target proteins, enabling both "lock and key" recognition in the binding pocket; and protein surface recognition. Some middle molecules interact with several proteins simultaneously to dynamically control signaling. Some are membrane permeable and orally active.

How’s all that to add to your year-end merriment? However, before you overindulge, we must be reminded the inherent structural complexity of middle molecules has presented a stubborn obstacle to practical application. Synthesis is often difficult and generally requires (too) many reaction steps. Nonetheless, those researchers at Osaka University and elsewhere are looking for ways to achieve “a highly efficient synthesis of bioactive middle molecules by innovative synthetic strategies, based on reaction integration, and new strategies such as function integration.”

Along with Seko’s interest at Ono, he tells us that Chugai is considered one of the leaders in this field in Japan. And it’s not just (Japan) Big Pharma. Seko mentions Peptidream – a  smaller company established in 2006 and listed on the Tokyo Stock Exchange in 2015 – as advancing the realm of possibility. The company, which announced a research agreement with Eli Lilly, is mostly focused on its Peptide Discovery Platform System (PDPS). This platform enables the production of highly diverse (trillions), non-standard peptide libraries to identify potent and selective hit candidates for development into, for example, peptide-drug-conjugate-based therapeutics.

Advancing middle-molecule-based science may lead us to some interesting development and manufacturing challenges and opportunities in 2017. With so much back-and-forth between small and large molecule development folks in their battle for bragging rights and funding, it seems only natural we may be finding some “middle ground.” Come to think of it, we might also use some of that in our politics and relationships in the new year.

Relationships Relying On The Middle Way

“2016 confirmed an existing desire within my company to elevate working relationships with global manufacturing partners from tactical/transactional to value based/strategic.”

He is also seeking a middle way to make this work. Both transactional deals of the past, and new partnerships of today and tomorrow, must be based solidly on results. “This year also confirmed,” Houwen adds, “that in any relationship, performance comes first, and in this sequence: Be compliant, be dependable, be competitive. It’s like an open door. When day-to-day performance of a manufacturing partner is strong, opportunities for deeper collaboration and partnership show up almost automatically.

“Performance is the middle ground that trumps everything,” he continues. “I’ve experienced examples in both directions. In one instance, continued poor performance led to further deterioration of what once was considered an important and valuable relationship. In another, performance issues were shared, both parties engaged in collaborative issue-resolution and joint action plans, and due to that positive dynamic, performance and the relationship improved. That service provider is on its way to becoming a strategic partner.”

Houwen has some thoughts on the future as well. “2017,” he says with clairvoyant authority, “will bring an increasing focus on end-to-end product lifecycle thinking, and the need for earlier engagement of operations with R&D groups, particularly when make/buy sourcing decisions are being made. Just the speed at which new technologies develop requires a much more network-based approach to supply risk-management between innovators and CMOs. We need to find a middle ground so parties work together to jointly manage (financial and other) risks of emerging technologies. It is an environment where success and failure is shared.”

Now that’s a nice way to end the year, on a note of sharing.