Creating The Culture Of Cell Culture 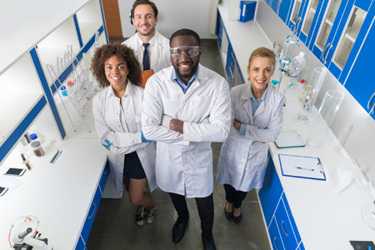 Massimo Dominici is co-founder of Rigenerand, a cell-and-gene therapy (CGT) company in Modena, Italy; full-time professor at University of Modena and Riggio Emilia; advisor to the World Health Organization (WHO); former Chairman of the International Society for Cell And Gene Therapy (ISCT); and licensed oncologist.

His mission: Create a “culture of cell culture,” and share it with others.

Rigenerand is a vehicle for delivery of that mission.

Founded in 2016, and led by CEO Giorgio Mari, a chemist with executive experience in biomedical companies, early on Rigenerand decided to build its own cell factory.

The company is progressing a novel drug-development platform, and initially advancing RR001, a cell-based product for the treatment of solid cancer tumors when chemotherapy and radiotherapy alone lack a significant effect on patient outcomes.

Rigenerand realized it couldn’t outsource efficiently or effectively; the best expertise available for its specific needs was internal, and outside capacity was at a premium.

Dominici, who has been described as a founding father of cell therapy (although he quietly demurs from such accolades), says this was not a challenge endemic to Rigenerand.

CGT organizations springing up in Italy, across Europe, and indeed the world, are facing similar outsourcing constraints.

Why not, says Dominici, share visions and expertise, and support other emerging biopharma companies?

Today, Rigenerand is a three-pronged organization: starting out as an emerging, clinical-stage biopharma; becoming a service provider to other emerging CGT developers; and serving as a specialized equipment/technology developer. (Rigenerand was formed as a joint venture between RanD, a company developing bioreactors and locoregional cancer treatments, and the University of Modena and Riggio Emilia.)

“How to proceed was a basic question when we founded Rigenerand,” says Dominici. “Do we need a factory imbedded into a company like ours, or do we outsource?”

“This was not merely a budget issue; it was the way in which you structure a company, and how you want to bring it into existence. We believed we needed to ‘GMP-ify’ our entire process – the whole product production – and quickly.”

“This need to GMP-ify created our desire for our own cell factory.”

As Rigenerand started developing its science and technology platform and products, it realized a specialized knowledge base was arising from within.

“We were learning a lot, and thought, ‘Why don't we use this knowledge to help others?’ We had the facility up and running. It was like a new business was being generated out of our expertise,” Dominici explains.

“So the first generation of business was the creation of a platform based on MSCs [mesenchymal stem/stromal cells] to deliver anticancer agents. The second generation was to take advantage of what we've been learning by helping others in the CGT field.”

“I would say the global CGT business is now in the teenager phase, but this is going to grow. Not only related to the actual space needed for classified environments, but in terms of new ways of manufacturing, and in the introduction of automation – something in the near future, we hope.”

A noble vision, but one for which it required skilled persuasion to get initial funding.

“Fundamental to the decision to first build,” says Dominici, “our board convinced our investors a big part of this build strategy was related to training employees to become the skilled workforce we – and the industry – needs.”

Dominici says novel programs arising from CGT companies often fall between the lines of traditional cell therapeutics taught at universities to generate, for example, a cell therapist, and the need for more advanced ideas and techniques. There are some master’s degrees today, he says, but “no real diploma on cell therapy.”

“You have to grow with the people you have,” he says, “and absorb workers from other biotechnology fields. Internal training, then, is the key to creating our "culture of cell culture."

“And as I mentioned,” he continues, “you need to create that culture at the GMP level.”

“If the industry can accomplish this model on some level, we will end up with cell factories around the world.

“For now, we believe in this model of inside growth, and are saying if it’s good for our company and products, then perhaps we can generate business opportunities for ourselves and others.”

Imitation A Form Of Flattery

Rigenerand made the decision to initially build a GMP facility with capacity to take most programs to phase two.

So why should similar CGT companies decide to partner with Rigenerand instead of following its lead and create an all-internal strategy?

Dominici is nonplussed in handling the question. In fact, we’ll get into this again in part two.

Suffice to say here, every organization is different, from initial funding streams to the professionals (executive and scientific) at the organization. And when Rigenerand started out, there weren’t organizations like it to help others move forward.

“A reason to partner, for example, is geographical and logistical,” Dominici replies.

“Consider the south part of Europe,” he adds, “there are few gene-therapy facilities. We are located in a strategic position, also not far away from Germany, very close to France, and the eastern part of Europe.

“Geographically, it has a strategic value. We know how important this is for cell therapy, particularly if you have to deliver a fresh or frozen product. COVID again demonstrated the impacts of distances on the logistics of all materials, certainly including CGT.”

His second reason circles back to the discussion above:

“We have been performing amplification gene modification of primary human cells with the aim of targeting cancer. It is, I think, quite a unique expertise. Essentially, we would like to share with others what we have been learning on our products.”

And of course, as Outsource Pharma readers know, early outsourcing is not ultimate destiny.

Once an emerging CGT company has learned from Rigenerand, today more than ever there is the option to then go into an internal manufacturing mode of one kind or another.

Or, says Dominici, they might then move to more traditional CDMOs when larger production runs and commercial biomanufacturing is needed.

Just make sure with all options, a "cell culture" is in place.