Controlling Time: The Secret To Manufacturing 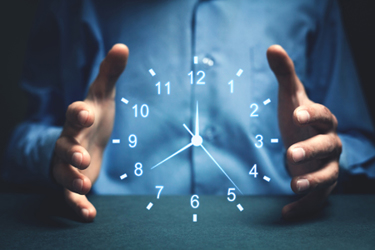 Midway through my conversation with the CEO of a publicly traded biotech, I rush this out:

“So you sat down with your current CDMOs – some of whom would certainly be recognizable to my readers. With them you plotted out a manufacturing-risk and mitigation strategy regarding what you should outsource or keep internal. And the CDMOs were perfectly forthright?”

Tak and company are in the midst of an analysis of supply-chain reliability – and indeed the future of the organization. This is being undertaken, says Tak, because by the end of this year Candel will have eight clinical trials, with the most advanced in phase three.

“I want more control,” he tells me.

That control, it turns out, is fundamentally of the clock.

Tak has marked his time well.

At GSK, he was SVP, Chief Immunology Officer, and Global Development Leader. He oversaw the creation of a portfolio of new therapies for cancer, immune-mediated inflammatory and infectious diseases, and chaired GSK’s Scientific Review Board, accountable for the scientific assessment of the R&D portfolio.

He’s been a professor of medicine and founding chair of the Department of Clinical Immunology and Rheumatology. He was president/CEO of both Kintai Therapeutics and Tempero Pharmaceuticals, as well as a board member of a variety of biotech start-ups

Now as President/CEO of Candel, a company focused on oncolytic viral immunotherapies, Tak says Candel has a discovery/development platform that might take the world by storm.

If, that is, he can control time.

And the first step to that is securely setting operational strategy.

“We have not finalized our approach,” he says, “but I already know our goal should be to have more control, so we will establish a facility to manufacture ourselves.”

“We should have a hybrid model, certainly with analytics and other services in-house as well. What I've done is put in action a deep analysis of the opportunities and challenges, how we will implement strategy and mitigate risks."

“In December, we submitted our analysis, including our discussions with CDMOs and other partners, to the Board of Directors. We are now working through our strategy, and will determine the optimal approach to manufacture in house versus externalizing.”

There are certain questions that must be addressed, he says.

“We have two investigational medicines in clinical trials across multiple solid tumors. Behind that is our discovery platform [enLIGHTENTM] based on the following principles: proprietary human biology assays to deeply understand the tumor microenvironment, artificial intelligence approaches, and our ‘Herpes Simplex Virus Technology.’”

A lot going on, a lot to come.

Nonetheless, after listening to paragraphs from Tak on external collaborations of all kinds in the first part of our conversation, the trust he’s built into those relationships, and the guidance he gets from CDMOs … why so intent on building now?

“What is so uncontrollable?” I ask.

“Imagine we create a new HSV [herpes simplex virus] gene construct,” he begins in reply. “We can proceed very fast based on our technology. But then the CMOs might say, ‘Well, that's great. We have the first slot for you in six or nine months from now.’”

“We do not have that time. We want to control the pace of our movement forward.”

Part of that control resides in his having the ability to “switch back-and-forth, between in-house and external, depending on evolving circumstances.”

“We have huge confidence in our transformational technology. Every month we lose basically could delay the time by which we get our investigational medicines to patients.”

In essence, Tak sees timeline control is a form of destiny management.

His still-underway strategic analysis to manage that destiny does include the kind of “independent perspectives” he craves, including from his CDMOs, and particularly perspectives from those in the regulatory arena.

But no time to wait for the analysis to fully conclude: Tak’s also hiring a strong quality and regulatory group, “those who can participate in his collaborative effort to uncover the best way forward, and the risks of owning manufacturing versus what is best outsourced.”

As we all know, recruiting is difficult at this moment – in part due to COVID – although he says he has been relatively successful. “We continue to recruit for manufacturing in particular.”

“Control of time,” he iterates, “is the key point here as well.”

“If you need to produce large amounts of high-quality material, I think you end up with a kind of hybrid model. I need the flexibility to move manufacturing in and out.”

But whether in or out, a risk he already knows of must be addressed now:

“How do we retain the best people? How do the CDMOs?”

He answers his own question by saying Candel has “spent a lot on ensuring people can develop themselves, stay engaged, experience developing medicines for patients with high unmet needs, and people who have high levels of trust in the company and leadership.”

“I'm pleased to say at Candel Therapeutics, there has been literally zero percent voluntary turnover since I joined. That's vital to manufacturing and timelines, because everybody gets job offers all the time.”

“In fact, I’d be worried if they didn't get job offers. That would probably mean they aren’t the best people,” he says with a laugh, and then adds: “I'm finding this out, including myself!”

“But we have a great company in a super interesting space at this moment. We can have a huge impact”

And soon, it appears, time will be on Candel’s side.