Channeling Socrates With The FDA On Innovative Technologies 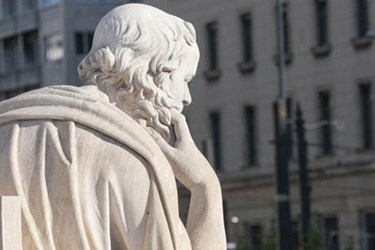 Paraphrasing Henry Hoppe, a long-time veteran of Sanofi Genzyme, and currently Vice President, Drug Development, Xenetic Bioscience: Companies on the bleeding edge of innovative technology in drug development and manufacturing should treat visits to the FDA more like Socratic dialogues than stressful duels.

Mark Butchko, who’s charted over a decade with Lilly, and is currently Senior Director, Quality Assurance, has had many such experiences. He advises holding some of those dialogues during “pre-operational visits,” or POVs.

During his time at Genzyme, Hoppe first began to adhere to the attitude that taking the technology you are developing to the relevant regulatory bodies is in fact a learning opportunity for both sides.

Don’t expect even the most knowledgeable members of these agencies to have a firm grasp of your technology – that’s why it’s innovative. They will not have the specific guidance you are looking for all wrapped up neatly and ready to present. Hoppe says this is in fact an opportunity to move forward, not a setback.

Innovators should work hard to nurture a give and take experience. Regulators will begin to formulate a view of your new drug or therapy, technology or processes, and start to pave a pathway to devising the best approach within the relevant regulatory setting.

Hoppe keys on initiating early communication with the agencies, “so when you do submit INDs and documentations, it’s not the first time the technology has been laid out for them. It makes it easier to move through the regulatory process.”

But there’s another advantage to this methodology.

It was first clearly articulated to Hoppe by “some business development folks.” (Which, parenthetically, I’m sure makes our BD readers feel more appreciated than might often be the case.)

He explains: “Approaching regulatory agencies early in the development of an innovative technology, with the idea of this being a teaching opportunity – if in fact you are one of the first talking about the new technology – will allow you to actually start setting standards.

“For example, at Genzyme we had input in defining certain manufacturing processes in mammalian fermenters, as a duration anywhere from 60 to 200 days. We were able to help define what our batch was. It transformed a batch into a continuous process very early on. We accomplished this by asking questions with the FDA, and setting standards together through dialogue.”

Hoppe adds: “Subsequently, when the next company with a product somewhat similar appears, the FDA will point to our IND, and the tests that we’ve established. This is setting the bar, and if you are thorough, you can set it high with justified standards for your leading position.”

Butchko of Lilly has had some batch-defining dialogues of his own. He agrees a key to success as the industry has moved to continuous manufacturing has been an early and instructional engagement with regulatory agencies.

“Let’s face it, with rapidly evolving technology like this, you’re not going to find a lot of detail in the CFRs [Code of Federal Regulations] or the GMPs to show you how to be successful,” he says. Therefore, Lilly engaged the FDA “early on, and importantly, in a non-GMP setting.”

“We invited them to Indianapolis look at what our development capabilities were, as we were moving towards commercialization. This was long before we installed them in a GMP environment. The Agency was very receptive to this.”

Butchko recalls the FDA was so receptive to taking advantage of this educational interaction that they sent a dozen members. “It was informal. But it was invaluable to talk through some of the challenges that we were facing with regards to modeling.”

The two sides openly discussed various topics and formed questions, including these that led to more critical thinking, and subsequent solutions for both the company and the Agency:

“Internally, as our development scientists and engineers were pioneering the technology, we were asking many questions – particularly from a quality perspective,” explains Butchko. “We were coming up with some answers, but we needed a sounding board. We took advantage of the opportunity to reach out to the agency, and actually hosted them on a number of occasions. These meetings took place informally, and in non-GMP settings. It’s an opportunity for the FDA to see close up the available technologies, and to learn what you are thinking directionally.”

There’s a name for some of these “classrooms”: they are called “pre-operational visits,” or POVs.

Although less referenced than PAIs (pre-approval inspections), POVs are written into FDA directives. “It’s an optional meeting you can request, as an innovator,” says Butchko. He explains that while no 483s or other such warnings are issued as a result of POVs, the meetings provide essential feedback to a manufacturer, particularly prior to that crucial PAI. The meetings provide the FDA with the opportunity to become more aware of emerging technologies, as well as associated plans for construction or modification of manufacturing facilities.

Innovators can bring their outsourcing partners into the mix as well. Butchko says, “We share with our collaboration partners some of the learnings – and expectations – resulting from our interactions with the FDA, as we progress through development and commercialization.”

“Regulatory agencies really want us to pioneer new and better technology,” insists Butchko. “They want us to invite them to have meaningful discussions as early as possible. They want to partner with us.”

He refers to the 2016 ISPE Conference on Continuous Manufacturing, where FDA members stated clearly their interest in continuous manufacturing approaches, and encouraged companies to request POVs as a means of sharing in the learning process associated with the emerging technology.

Finally regarding POVs, they are not only open to more established Pharma or Bio companies. At Outsourced Pharma Boston 2017, we heard definitively from a number of panelists that smaller biotechs – and including virtuals – have in recent years experienced this openness on the side of regulatory agencies to assist in bringing new technology forward.

Innovators everywhere should – if not exactly be working to perfect their Socratic method, though that might help – take advantage of opportunities to engage in early and meaningful dialogue with regulatory bodies for joint learning and educated discourse on your new science and technologies.