Circle Economics And A Man Made In America 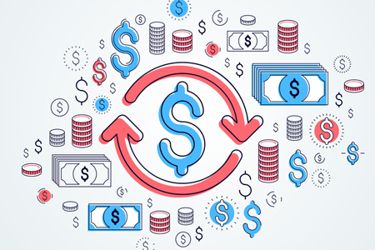 We like to learn of the lives and careers of those in our industry who inspire and teach us. We can also acquire motivation from those outside our drug development and manufacturing world.

Don Buckner’s story starts here: He was made in America.

He provided readers insights into “buyer economics” that influence your outsourcing decisions and motivations, and which CDMOs you decide to work with.

Today we start with some of Buckner’s (slightly edited) life narrative for inspiration, and then lean into his thesis on “circle economics.”

You’ll learn your outsourcing decisions can go round and round.

Buckner Through It All

“I'm born and raised here in Florida. Barely made it through high school, but was fortunate. I was the quarterback all four years. And senior class president, which I didn't realize came with the lifetime duty of putting together class reunions.

“I started a family early and had a child at 19. I went to work as an automotive and diesel mechanic. I wound up working for my brother-in-law, who owned a steel service center; we delivered locally and hauled all over the country.

“By the time I was 23, I ran the company for him – I was the only one he trusted, I guess. I had 60 people under me. I bought and sold steel and metals all over the world. Steel I know like the back of my hand; I know how to use it, what works and where it works, even though I'm not an engineer.

“After about 10 years, my wife decided to leave me. She took my children and left a lot of debt; ultimately got me fired. I lost everything. It was devastating. Being a Christian like I am, I said, ‘God now what?’

“The answer was a company called American Manufacturing. I started to broker work, and had people around the area build the various products I sold.

“I was a virtual manufacturing company. People would call. I’d say, ‘American Manufacturing.’ If they asked for sales, I'd put the phone on my other ear and say, ‘Sales. This is Don.’ 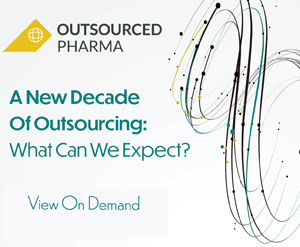 “During the dot-com craze, there was a lot of fiber optics being laid around the country. I developed a product called ‘Vac-Tron,’ basically vacuum excavation equipment that sucks a hole in the ground to locate underground utilities so you don't damage them.

“I was named entrepreneur of the year for the state of Florida. We were doing $30 to $50 million in annual sales, a hundred employees or so. I took on a private equity group some years later, in August 2008. My agreement was to stay on three more years.

“But if you remember, in November the economic downturn happened. My timing had been good. I took some capital off the table. I wound up doing a turnaround on my own company, and sticking around for almost six years.

“… Then I decided to do something with some url domains I owned, including MadeInAmerican.com. We decided to put together a trade show. The first one was in Indianapolis last year. We had 270 U.S. manufacturers of all shapes and sizes, and had a great time. We're planning another one in Detroit in the first week in October, god willing.

“We want to encourage people to buy American made products, to buy local ...”

And so we have:

Surely many Outsourced Pharma readers can relate and draw inspiration.

Sounds familiar to us.

Here, I inquire of readers: Is this a component to your decisions to contract           services from CDMOs and other partners?

Buckner’s circle economics lesson may give you reason to answer yes.

Buckner describes what he is doing as a movement some 20 years in the making. His immediate goal, as described in our first article, is to change the spending behavior of 5% of U.S. buyers.

“We want to convince folks [including U.S.-based biotechnology and pharma drug developers] to spend locally. Buy American-made products when possible,” he says.

“Don’t ultimately stimulate the economy of another country instead.”

Here’s what he means:

“It’s how that money will continue to circulate, how it’s spent the second, third, and fourth time, that has incredible multiplying effects.”

He’ll lay this out in detail in his upcoming book, titled “Circle Economics.”

“For instance, the state of Florida has a 7% sales tax,” Buckner explains, perhaps selecting a least favorable example to many minds.

“If that dollar changes hands once a week for a year, it’s generated $3.50 in sales tax. People don't understand every time that dollar turns, it creates wealth for somebody somewhere, including the government.”

By procuring product and services from CDMO in the U.S., in turn those partners may invest in more equipment readers desire (e.g., analytical instrumentation), hire more workers, or even stimulate the establishment of more U.S.-based CDMOs.

“This is the key … the idea to keep more money in this country as long as possible, circulating as fast as possible, in ways beneficial to local community, to businesses, and yes the nation,” explains Buckner.

“If that money goes out to China, that multiplier is completely eliminated as well. Our trade deficit is around $500 billion with that country, but it’s not just that amount that’s gone every year. It's the number of times that money could've been spent – circulated – in this country.

“If more of that money was spent here, think of the shape we’d be in.”

Would that shape include more domestic outsourcing options for Outsourced Pharma readers?

You select CDMOs on a set of wide-ranging criteria, and based on various strategies and indeed motivations. Specific cost of goods and services is surely one.

At times, you feel your hand is forced, by regulation, or ultimately by a system of health care and drug dispensing to your buyers: consumers and patients.

But I wonder if you will also consider “circle economics” in your next outsourcing decisions.

Who knows: It might end up supporting a more robust national drug-manufacturing infrastructure.