CDMOs In An Innovative-Drug Uprising 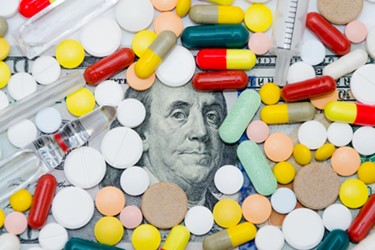 This represents no dénouement. It does, though, conclude our current discourse on the miscalculation of innovator drugs versus generics in the U.S.

The simplified hypothesis is we must create a rational framework for patients and our innovative-drug industry – one facilitating the long-term distribution of the best original drugs to the most patients. In so doing, we will replace our current, hasty bait-and-switch to generics.

In this final installment, we instinctively turn back to the main focus of these pages: outsourcing tactics and strategies, and relationships with and the management of contract development and manufacturing organizations (CMOs/CDMOs).

What It Means For CDMOs

In our envisioned system, patent protection for commercial drugs are elongated, in return for some form of drug-price limitations within a (still) free-market environment; arrangements such as percentage of new-drug manufacturing guaranteed in the U.S.; percentages of profits reinvested into future R&D.

The goal is to stop force-feeding the U.S. patient cheaper generics, and keep them on the branded-innovator drug until a more effective one comes along.

Within that setting, your U.S.-based CDMOs will flourish, and expand their significance to development and manufacturing activities.

An increasingly diverse and growing mix of biotechs, specialty biopharma, and established pharma customers (i.e., our readers) will utilize CDMOs through long-term relationships to develop and supply the best-in-class drugs of the highest quality our industry can deliver.

Domestic CDMOs will further pursue – because customers will demand – continuous processing and quality improvements; modernization of instrumentation, equipment and facilities; and the hiring of the best scientists, engineers and project managers.

Sure, there will remain outsourcing of services and production based on one-off needs, simpler economic and tactical calculations (of capacity, core competencies, etc.).

But we won’t suffer the pursuit of cheap that today jeopardizes patient well-being, drives production offshore, stalls new technology investment in the U.S., and in the case of generics themselves, ironically inflicts drug-price gyrations and chronic drug shortages.

As much as any other segment, CDMOs understand the pain operating in this current system “where everything is negotiated down to the lowest dollar point as the goal.”

I’ve heard this from pharma professionals: “You can't be a successful biotech or pharma company and consider outsourcing to CDMOs as an auction. You’re just driving quality right out of existence. That’s what's happening with generics specifically.”

Can We Trust Pharma?

We started some weeks ago asking readers to consider: “At what price would innovative drugs have to be set, and in what system, to undermine the need for generic copies?”

We then proposed an outline of a potential system. But as much as questions of regulatory or other reliable enforcements, could we first work through questions of trust to start a process of design and implementation?

There was sound rationale for attempting something like Hatch-Waxman in the mid-1980s. There remain reasons today for institutional and public ire over business practices of some in our pharma industry. There remain bad actors – even a brand of rogue price-gougers.

Tone-deaf, shortsighted pharmaceutical companies have earned the industry a reputation at the lowest ends of all societal segments.

Skepticism, therefore, is a natural response. Any reader is forgiven for thinking there’s a certain naivety in our current proposition.

“Lengthen patents and trust pharma with dramatically lowering prices and investing more in R&D in return?” you ask incredulously. “How would we even enforce price limitations and investment targets?”

Answers to these and many more questions don’t come pre-assembled. But asking the questions are a leap forward, an awakening from a generics-induced societal slumber to sustained consideration for a new day.

What you’ve read these past weeks is an origination dared to be voiced. Where are the other voices?

I know who will not lead any revolution away from generic dependency and toward price reductions. Others agree.

“The political theater today is the wrong place to solve our challenges,” said an experienced Big Pharma and biotech executive, with decades of experience in the industry.

“It’s the wrong set of people, and system,” this professional explained. “It’s not incentivized correctly. Furthermore, we’ve grown into such a stark dichotomy in our country, for a number of reasons. That same polarization would arise … If we ran our companies with two diametrically opposed opposites like in today’s politics, we couldn't get anything done.”

Instead, I heard from a variety of voices, we need a diverse group of “knowledgeable agnostics” as leaders; a cross-section of people concentrating on what is ultimately best for patients and the industry as a whole – “a system where the drug industry, for its part, can provide innovations and be fairly compensated for their efforts within well established boundaries.”

I ask Outsourced Pharma board member, Bikash Chatterjee, President and CSO, Pharmatech Associates, who is passionate on this subject, a more direct question:

Can you imagine this system in which a specific company, say Merck, now understands, ‘We don’t have to recoup our money and make our profits in the first few years before we lose our patents; we can price our drugs differently because that pressure is off’?

“If the postulation is, ‘Work with us to eliminate generics and improve healthcare in the U.S. by modulating your pricing,’ it could be a powerful persuasion,” Chatterjee replies.

“However, I don’t think this actually can start individually. The magnitude of the issue does call for a whole consortium of that mindset first.”

Unfortunately, each component in the current arrangement appears entrenched. Chatterjee (as I have in past editorials) used as an example pharmacy benefits managers (PBMs). “There are groups in the middle of the system corrupting the entire pricing process,” he says. “We have to look at the entire chain for fixing.”

But where might we turn for the impetus, the tipping-point, to start the process for real?

I’d suggest our domestic CDMOs could at least help: They’ve been a consistent voice against bottom-line pricing, warning us of quality lapses, and rallying against off-shoring of U.S. facilities.

As for Chatterjee, “I’d think about what's happening with our patients,” he says. They have a “gathering recognition of our drug-supply, generics-quality, and new-drug pricing problems.”

“Websites such as patientslikeme, are fundamentally a collaboration where thousands of patients share information and data on their drugs, treatments and affordability. I can imagine these patient-collaboration portals, working alongside the traditional health-advocacy groups, physicians, and yes the drug manufacturers, may fundamentally influence change.”

Because over these past decades, Chatterjee knows, if we’ve learned one thing it is:

All drugs are not the same.

*This concludes our series on innovator vs. generic drugs in the U.S. What do readers think? E-mail: Louis.Garguilo@LifeScienceConnect.com, or please leave some comments below.

Earlier editorials:
What If Our Generics Strategy Has Been All Wrong?
Bury The Hatch-Waxman: Generics Were Not The Answer