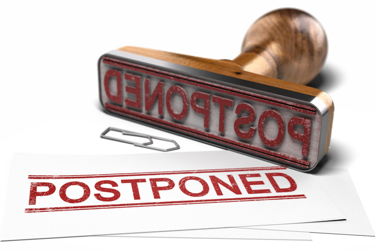 GenVivo, Inc. is a Southern California-based biopharma integrated from basic research through process development, has a fully implemented QA/QC function, and its own phase-one manufacturing facility.

Why did GenVivo decide to develop  that facility, something not in their original plans or strategy?

Not the first time we’ve heard this from a biopharma – certainly not cell or gene companies. (Genvivo is focused on gene therapies for cancer.)

But Johnson provides us further, and striking insight into the current state of drug development and manufacturing outsourcing.

Bump, Not A Fist Pump

“From what we understand,” Johnson continues, “we were one of about 16 small biopharma companies that got bumped from their manufacturing slots during a single year by a large CMO.”

“But it was a blessing in the long run,” he adds.

But stressful in the short run, he admits.

GenVivo had little choice but to take phase one/two manufacturing into its own hands.

Ironically, Johnson believes in a decade from now, the CDMO industry will have “significant excess capacity because of everything going on.”

He includes such CDMO activity/expansions happening in states like North Carolina (I’ll feature this topic in an upcoming editorial.)

Nonetheless, for the past two years or so it’s been difficult at best for a cell or gene therapy company to get a slot at a CDMO. Project start times, I’ve been told from various sources, are typically out 12 to 18 months.

“So we went into establishing our own manufacturing facility out of necessity,” explains Johnson.

“Every day you sit there as a small company you have a certain [financial] burn rate. If you're not generating the data, then your lifeline as an organization is going to be fairly short.

“Now with our own facility, we can make decisions on a Friday and retool by Monday. That’s been a huge advantage for us.”

And size is a component of what is happening in our industry: targeted therapies for limited patient populations overall, orphan-drug focus, precision medicines, and scientific and engineering factors diminish the need for larger material quantities and batch sizes.

In other words, small-sizing of advanced therapies is conducive to early build outs at emerging biotechs.

This impetus is then magnified by CDMOs at capacity overall, with the wrong capacity, and/or still without viable business models (pricing) to serve small-scale clients.

GenVivo opted on single-use equipment, and includings cell-bank expansion waves and bioreactors in its facility.

“In the gene therapy area, getting the titer the way you want it is challenging, as is consistency. However, when you have the process under your own direct control, you can address these challenges more rapidly.

“We’ve made consistency from lot-to-lot a priority, and are more agile when we do it ourselves rather than getting a CDMO to work on it.”

Not So Sweet Sixteen

Specifically regarding those multiple  biopharma “bumped” from a CDMO at about the same time, Johnson believes it was the result of a “perfect storm.”

“It probably should be a case study at Wharton on how not to manage your business,” he says.

Johnson believes the catalyst was the CDMO’s business development group was told to go out and get new business – and they did just that.

Unfortunately, he says, it appears the organization “forgot they had existing customers.”

Some of those customers – emerging biopharma companies – were progressing through clinical trials and “moving up in terms of their needs for resources.”

“So what happens? More business than they could handle. People were working too many hours. Some of their best people started to leave.

“I think the CDMO ended up ruining some big lots for which they had guaranteed the outcome to the customer. They needed to fix that, and got way behind in their manufacturing schedule.

“Our projects were getting bumped for 12-18 months or so.”

Moreover, as many Outsourced Pharma readers may have also experienced, some raw materials GenVivo needs are also those needed by COVID-19 vaccine companies.

“They were first in line, and I can understand,” says Johnson.

“We had situations where items sitting on the loading dock at a vendor – we had a FedEx or UPS tracking number and everything – all of a sudden ‘disappear.’ We can't find them anymore.

“They actually got reapportioned to a vaccine manufacturer … so it’s been an interesting year for many of us.”

So what comes next in this supply-demand cycle for emerging advanced-therapy organizations?

Is outsourcing off the decision-chart for the foreseeable future?

“First, while the benefits are many, having your own manufacturing facility is not for the faint of heart,” he says.

“GMP is a high hurdle. In addition to an effective manufacturing team, you need  really strong process development, QC and QA departments, and a good regulatory understanding, which at this point we do.

“But there is a lot to this. You need to do things with military precision.

"For example, most of our release assays are qualified. That’s not a requirement at phase one, but at some point, we may partner this program. We're trying to ensure we have done things the right way.”

That will include going back to outsourcing. He says GenVivo has capacity for early phase-two lots, “but then we will outsource for our later stage products.”

“Even with our recent experience,” he adds, “I still think it can be a mistake to invest large sums of money into a a manufacturing facility, unless you know you have multiple products coming behind it.”

“And I do believe by the time we really need to scale up, there will be more capacity within the commercial operations at CDMOs. It just seems like their square footage keeps going up every quarter now, at least in terms of their plans.”

“I’ve been through multiple biopharma industry cycles. It goes from capacity and services being underrepresented to overrepresented. If history follows, I think there'll be excess capacity somewhere along the way.”

And while excess capacity is another can of worms, for advanced therapy companies today, it would be a better world than bumps and disappearances.