Catching Lightning In A Biopharma: Now What? 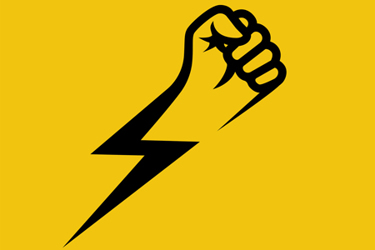 It’s as if lightning strikes: Your once early-phase program, although having overcome long odds and seemingly countless months of devotion, suddenly arrives at the precipice of commercial approval.

Accordingly, says Rahul Ballal, CEO, Imara Inc., executives starting out with one outsourcing model must now recognize a future including the bigger “tier” of CDMOs.

Imara is a good example of that future. It was born of Cydan, an orphan-drug-focused business accelerator in Cambridge, MA. The company went public after successful funding rounds between 2016 and 2018.

Today, Imara employs 40, and is built around an all-outsourced model. Lead candidate IMR-687 — a small molecule inhibitor of PDE9 — is a potential disease-modifying treatment for sickle cell and beta-thalassemia.

Ballal, whose career spans science, finance, and executive leadership, took the CEO role in June 2018, and took on a global supply chain.

API is made in China, but then “immediately shipped and stored or made into drug product” at his main partner, Metrics Contract Services, in Greenville, NC.

Imara has a strong, long-term relationship with Metrics, but now production scale-up and potential commercial needs have Ballal moving to a future that plops him in the midst of larger, established-CDMO territory.

“As we think about scaling up — and I know other CEOs at emerging biopharma are thinking the same — should positive results from clinical trials continue, and if ultimately the drug is approved, we wonder how we are going to make this in quantity and distribute it worldwide,” he says.

Particularly for Imara, there are some four million potential patients outside the developed world; large-scale manufacture and wide distribution capabilities are a critical challenge.

“So if anything,” he says, “for me the next year is really trying to understand the Catalents, Lonzas, Cambrexes … all these established players that are the next group of CDMOs to work with, as well as continuing our current long-term relationships.”

This is what particularly weighs on his mind:

“How do we establish a relevance providing us flexibility at these larger CDMOs? CEOs I talk to are in similar situations today. We are all thinking about this next step — moving from a development-phase outsourced model to a late-stage-clinical outsourced model. The two are very different.

“When we think about the next 12 months, we consider the risks of scaling and doing so with larger CDMOs. How do I get their attention? How am I going to assure they’ll be flexible and nimble? We’ll still be relatively small and now competing with Pfizer and everyone else. So that’s hard.

“You can’t get blamed for data that comes back telling a negative story; the drug simply ends up not working. But you can be blamed for making a bad manufacturing choice, where you end up with delays and other problems.

“I’m sure we’ll find a way to stay with our current CDMO, but we need to take advantage of the capacity and experience at the bigger organizations.”

Perhaps there’s an alternative, given the recent challenges with capacity, skilled workers, and acquiring that gravitas at larger CDMOs.

In fact, we’ve documented more emerging biopharma today are opting to build instead of outsource — or pursue a hybrid model of build-and-buy.

Part of this return to internal capability is also due to factors such as the nature of the cell-and-gene and advanced-therapy industries that serve smaller patient populations and personalized-medicine approaches; the utilization of single-use equipment in facilities requiring smaller footprints; and the loads of investment dollars flowing into startups.

“It is an interesting dilemma,” says Ballal. “Particularly, I think the capital influx in the space has given everyone freedom to start building out manufacturing. However, for me the calculus is a bit different.”

“I fundamentally feel you must know if your drug works before you take the big step in terms of manufacturing as a small company. Few small companies have domain expertise to do that, even though I know people are leaving Big Pharma and there are experienced professionals to potentially step in. It’s just so difficult and such a risk as a small company.”

“Sure, you raise $400 million, but now you’re going to be spending half that on building or refitting an existing plant. You start having to assign a team just to find a way to get dedicated space for your operations. And again, you don’t even know if you have a drug.

“When I was at a company called Flexion Therapeutics, we ended up buying an essentially dedicated suite at Patheon, instead of building. It made more sense.

“My view on what is ‘best-of-breed’ is still outsourcing. Maybe I’m old school, but I think it is fit for purpose. Small companies should do what they’re best at, which is translating medicine and science into the clinic. And if you have a signal, sure, you can think about all your options.”

Ballal also recalls some of the due diligence he performed when working at a venture fund where several biopharma organizations considered building manufacturing capacity.

“It’s a sexy, exciting thing to think about, but I’ve seen it just not go well,” he says.

“And the CDMOs obviously know what’s going on. For example, they’re buying up smaller vendors because they really do want a future where they’ll be able to provide, for example, the CAR-T data and the CAR-T engineering to get these new biotechs supplied.”

And so Ballal knows what most every other CEO helming an advancing drug program should be considering as well: The outsourcing partners and strategies that bring you to the day lightning strikes, may not be the ones who propel you thereafter.

The trick, then, may be to catch the lightning at the right-sized CDMO.

This editorial by Outsourced Pharma Chief Editor Louis Garguilo has been adapted from his original piece for Life Science Leader magazine.