Call It What You Like, This Biotech Model Makes Money 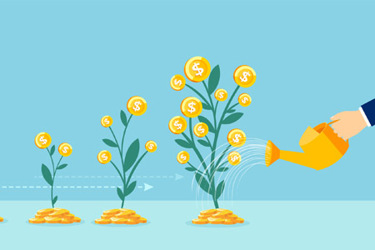 “We are a biotech that makes money,” replies Helen Torley, CEO, Halozyme, when I ask her what her company is exactly.

A significant amount of money, it appears (e.g., $276 million operating income for 2021; $500 million in revenue projected for 2022;), along with notably high margins, and plenty of new drug opportunities.

That pipeline, though, does not originate internally.

It comes via licensing for the co-formulation of drugs owned by other biopharma organizations – such as, BMS, Takeda, and Roche, to name a few – with Halozyme’s ENHANZE “drug-delivery technology,” as the company has named it.

It’s a business we began exploring in an earlier editorial. Here’s a lot more from the very open CEO on that dollar-generating model.

Not Modest About The Model

“It is an important question,” she says, eager to affirm her classification as nothing other than a biotechnology company.

And as we learned in our first part with Torley, that includes a mountain of API production to CDMOs.

Typically, Halozyme signs a contract with a pharma company for exclusive utilization of ENHANZE, which is based on patented, recombinant human hyaluronidase PH20 enzyme (rHuPH20), for the pharma client to co-formulate with their own proprietary drug.

“Not talking about specific contracts, but for example,” explains Torley, “there could be a $30 million upfront payment; $160 million in milestones running through development and commercialization; milestones associated with approval or the first commercial sale; and typically, on average a mid-single digit royalty on ongoing net sales.”

“That's our model,” she says proudly.

Five commercially approved products for a Who’s Who list of pharma companies, and 15 products in advanced development.

Since the operating model is in fact licensing – including technology/product, scientific knowhow and CMC expertise, and the management and delivery of API via CDMOs to the customer, Halozyme benefits from “not paying for clinical development or for commercialization.”

No. They get paid for it.

“We're able to remain lean and leverageable,” says Torley, “and we can support multiple partners and drugs in development. Currently, we are doing all this with 150 people.”

This includes “eleven great collaboration partners who can combine our technology with their own proprietary drugs to convert them from being IV-dependent to be given sub-q [subcutaneously].”

With that, Torley heads me right back to the subject of financials, a subject frankly too many CEOs and other officers of biotechs (of various models) tend to skate over in interviews. And often for good reason.

Or, when they do talk dollars and cents, it’s all about securing further investments, rustling up private equity and other financing, progressing a program until at a potential distant time payouts and paybacks start to shower the biotech.

But there are more coming along like Halozyme. Readers will recall my asking the same question, “What are you?”, in earlier editorials with “biotechs” such as Rigenerand and Phlow.

These organizations craft new businesses that provide recurring revenue generation, while remaining fully ensconced in new drug development and manufacturing. They don’t necessarily eschew direct investors or other financial backers, but they don’t rely on them.

And, as we’ll see in a moment, create profits to fund continuous innovation.

“I think our model is different from others in this discussion, because of our revenues and margins,” says Torley, always focused on her differentiation.

How much of that derives from the APIs Halozyme creates at CDMO partners for its pharma partners?

“The API is a smaller proportion of our revenue, but obviously if we don't have that reliably going to the partner, we won't make any of the other revenues or royalties,” Torley replies.

But while that’s of great importance, she says, it points to why she eschews being described as a service provider, or technology-platform operation: “I wouldn't want to undersell the biotechnology expertise we have in the company,” she emphasizes.

“We've got great scientists, drug formulation professionals, CMC manufacturing and deep regulatory expertise. Because we are the owners of the knowledge of our rHuPH20, and historical keepers of the approvals globally, we bring sponsor insight and knowledge to our partners.

“Even though we're working with Roche and J&J, as two examples of large companies, we share our expertise and knowledge for them to consider in their plans.”

Back to my mention of innovation above. While core competencies, technologies and platforms are critical bases for these new-modeled biotechs like Halozyme, the companies should not be thought of us static.

What flowed naturally through my conversation with Torley is that Halozyme’s success is very much a product of innovation, i.e., an innovated business model; consistent innovating of science and technology to co-formulate new drugs and therapies.

And innovation, as a recent re-reading of a favorite business book of mine (The Essential Drucker, by management guru Peter Drucker) reminds me, should run foremost on investment, preferably fed through profits on sustaining revenues.

Because our industry’s north star is innovation, the more we develop biotech models where innovation can in fact derive from profits, the better for both the bio/pharma innovators themselves, and the CDMOs and others serving them.

Ultimately, these models and the dollars they generate supply new options for an ultimate benefactor, the patient.