Biotech Music In The "Twenty-Twenties" 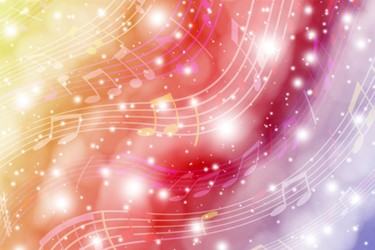 Welcome to the melodious-sounding “Twenty-Twenties.” What correspondingly pleasant harmonies will we hear from our drug industry during the second decade of this millennium?

James Mackay, Ph.D., founder, president, and CEO of Aristea Therapeutics, and Stanley Crooke, M.D., Ph.D., founder, chairman, and CEO of Ionis Pharmaceuticals, predict that, above all, the next decade will bring both a creative and productive virtuosity emanating from the halls of biotech.

Mackay, a former long-time executive at AZ before founding Aristea, and whose experience includes six new-drug product approvals across multiple therapeutic areas, foresees few barriers to biotechs continuing as the “real building blocks” of drug development. “There’s lots of funding out there, which helps biotechs remain nimbler than bigger pharma.” He adds that these smaller companies also will “bring in innovation via cross-technology partnerships.”

As for Crooke, who sits atop a biotech that has commercialized three new drugs and boasts a hearty pipeline of 40 clinical-trial-worthy candidates, he prefers to start by talking about productivity.

“I remember in the early 1980s listening to a consulting firm claim the industry’s productivity was declining, and it would continue to decline for the foreseeable future. If you look at even the most recent productivity data, that fact has come to pass and has been a background trend influencing pricing and every part of the industry.” However, he adds, “From our perspective, this is now a remarkable moment in time.”

Both those aspirations — an infusion of technology and improved productivity — will be led by biotechs such as Aristea and Ionis.

“There are some very interesting times just ahead of us,” says Mackay. “We’ll continue to see the need for small-biotech innovation feeding into large pharma, which has tried, but mostly failed, to create its own innovative units. Biotechs will continue to form — maybe by other previous Big Pharma executives like us. You’ll then see those biotechs do collaboration deals to move that innovation back into Big Pharma to capitalize on what those companies are good at, in terms of manufacturing and marketing. You’ll see all this accelerate in the 2020s."

However, if Mackay’s accelerating virtuous cycle starts with biotech formation, that formation will rely on partnerships between biotech and IT.

Certain healthcare trends are prompting the need to bring those two groups neatly together, and today’s burgeoning “bio-tech” clusters (both in the U.S. and elsewhere around the globe) are creating the ecospheres to facilitate those meetings of the minds.

“Healthcare boundaries are blurring as we explore new ways of delivering treatments to patients,” explains Mackay. “For example, if a drug is delivered via a wearable and through the skin, that changes how Big Pharma has gone about the whole new drug or therapy development process. Biotechs, on the other hand, are ideally suited to adapt to this model. They can develop partnerships from the innovation ecosystems they operate within and build relationships with those experts in other technologies.”

As an example, Mackay cites San Diego, his home base. “San Diego is a fantastic biotech hub. But it’s also an amazing tech hub. It’s that blurring between those industry verticals, and the easy mixture of people across them, that will create innovation in the way drugs are ultimately developed and delivered to patients.”

Mackay personally invests “a fair amount of time” interacting with people in the biotech and tech spaces, “to really understand what they’re doing.” He says that AI and machine learning are technologies that many conventional biotech leaders are unfamiliar with.

“We can’t drive those technologies on our own into the industry; we have to partner with the tech people who understand these new technologies and who can suggest ways the technologies can be used across the entire R&D process. How much of our R&D process can we shift into some sort of virtual reality, with AI and machine learning? It could transform the way we work.

“But first we must allow the tech and the biotech folks to mix together, and let it happen organically. This is not going to come out of Big Pharma.”

How about out of today’s growing and integrated CROs and CMOs?

Mackay sees parallels between the size of service providers potentially impacting the ability to deliver innovation, as size has with drug sponsors. In San Diego, he says, service providers play a synergistic role in the advancement and cross-pollination of technology. He doesn’t want to see that diminished in any way.

“Some of the consolidation in the CDMO space concerns me,” he avers. “There’s no doubt when smaller shops get bought up, it changes the culture. The bigger organizations become, the more bureaucratic they are, and it’s more challenging to get things done in that environment. That CDMO consolidation is potentially problematic in allowing small biopharma to continue to access the quality and speed of delivery we’re looking for from our service providers.”

So while CDMOs are an ever-increasingly important member of the outsourcing orchestra – as we heard from quite a few others in the biopharma industry throughout 2019 – a variety of smaller players may be more in tune than fewer bigger players.

Large or small, however, effectively working with CDMOs, we’ll see in our second part, has a lot to do with your business models. And no matter the model, everyone has to be reading from the same sheet of music.

These editorials are adapted from my original published in Life Science Leader magazine’s December issue./p>