Biopharma Outsourcing Past Is Prologue 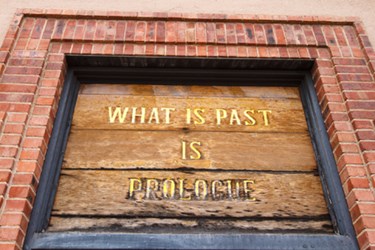 In The Tempest, Shakespeare has Antonio say, “What’s past is prologue.” It’s fitting to recall this line as we enter the next acts in our outsourcing play, one full of developing and new characters from biopharma, venture capital, and service providers.

Krisztina Zsebo can bring Antonio’s famous declaration to life for our industry. After a Ph.D. in biochemistry from the University of California, Berkeley, Zsebo joined Amgen in 1984, when, she reminds us: “There was hardly a biotech, not to mention an outsourcing company. Frankly, there was no concept of service provider.” She moved on from Amgen to tread the boards in roles at biotechs and VC firms, and work side-by-side with service providers. In the early 2000s, she founded biotech Celladon, where until last year she served as CEO. 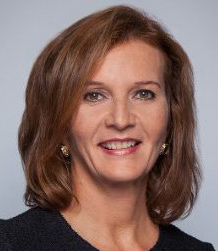 Today, Zsebo is principle at Biovest Consulting, but it’s through her years at Celladon we first pick up the plot line of biopharma, VC and service providers – a triumvirate that continues to shape our drug development industry today.

VC In The Time Of Celladon

The ultimate prologue to the outsourcing industry is this: For an extended period in the annals of biopharma, it didn’t exist. Yet, an Amgen, Biogen and Genentech could emerge, and Big Pharma could create blockbuster drugs that improved the lives of countless millions. (How’s that for a shot of service-provider ego suppression?)

But starting in the later decades of the last century, we find a growing free-market mentality eager to enlist scientific advancements in the pursuit of new drugs, and the introduction of financing models in support of these initiatives. This was the dawning of our industry’s own disruptive innovation.

“Even in the early 2000s,” says Zsebo, “there was the feeling biotechs were some type of new entrepreneur pioneers, in both science and funding. Understanding how to progress drug programs outside of the confines of Pharma was just not well understood.”

She continues: “A small CRO/CMO industry was also getting started. However, what I recall most is that VC had a much different feel to it than it does now. For these early investors and biotech entrepreneurs, the cost of drug development and the risks were high, but worse, most of the risks were unknown. Yet VC fueled this new activity.”

Zsebo participated directly. She’d left Amgen in 1992, and after positions at a handful of biotechs, started working at Enterprise Partners Venture Capital, based in San Diego. An opportunity that firm was looking into – technology being incubated at the University of San Diego – would soon become Celladon.

“There had never been any kind of gene therapy approach for heart failure,” says Zsebo. “As investors, we looked closely at the space and the target, identified some additional technologies, brought in some leading scientific individuals, and essentially built the pieces to push forward.” Zsebo couldn’t resist the challenge: She became CEO of Celladon, which received Series A funding from her firm and Venrock, in 2004. Over the next decade or so the company took different targets in the cardio-infraction space for heart failure through pre-clinical studies and clinical trials. “We raised a lot of money in the interim, and ultimately took the company public,” recalls Zsebo. “This was early-stage and cutting-edge. Heart failure itself is a very complex thing. We learned so many lessons along the way.”

One of those lessons is to stay lean, but ensure you have some of the best experts in your therapeutic area on your team. “We had a core of about six or seven people at the Series-A stage,” explains Zsebo. “This was the early phase of the venture-capital mindset to essentially take things as far as you can, with as little money as possible. It had been a rough period in venture capital overall, and so the concept of building a fully integrated company from scratch was not really viable at the time.”

Certainly sounds familiar in today’s environment. The difference today is we now have veterans like Zsebo who’ve been through it all before, serving as consultants, early board members and executive management, driving scientific advancement and new business models. “For us, it really wasn’t until several years later that we started hearing about the complete virtual drug-development business model,” she recalls.

Service-providers can now have their egos restored: These new models were only enabled with the emergence of the final component, and the coming age of, outsourcing.

“I mean, we did it the way we did back then because it was the only way we could,” says Zsebo. “And yet even then, we relied on the few partners that existed.”

Enter The Age Of Outsourcing

Outsourcing was emerging, but slowly.

“There were bits and pieces in the early-2000s,” Zsebo recalls, “but for example, one of our technologies for manufacturing was literally an ‘n of 1.’ When it came to some of the testing, we really had challenges finding skilled companies. In fact, there were maybe two labs that we felt qualified to do the kind of work we needed.”

Any individual – from Big Pharma to virtual start-up –remembering those days, or considering this history for the first time, must feel rich with outsourcing choices today. Both sponsors and providers will also note that some of the strategies Zsebo employed for selecting CROs/CMOs in the early days at Celladon remain hallmarks of sponsor-provider success stories today. The first strategy starts with networking and maintaining contacts.

“I’d worked in the Bay Area at various companies for a decade,” says Zsebo. “There was a group there composed of individuals who had left Genentech and decided to run a service business. I had a tremendous amount of respect for them. There were some personal relationships that came into play, so that helped, along with scouring the landscape and patching together what needed to be done.”

A tactic employed by Zsebo also resonates in 2016, found in her initial insistence on having a top-notch quality team in place. “I felt strongly that outsourcing actually started with having your own skilled quality organization as a base. When you’re outsourcing, you need to oversee each service provider’s quality systems, because ultimately you’re responsible for releasing the final drug product.”

Networking and utilizing industry connections; establishing a team of quality professionals: Basic tenets learned at the beginning of outsourcing, but precisely because of the current era’s proliferation of global options and fast-developing science and technologies, even more a requisite for success today. Likewise, with advancing business models for biopharma relying so heavily on private/public funding and outsourcing, a more strategic combining of these forces could lead us to a more productive future.

It seems the more things change, the more these three components – biopharma entrepreneurs, financial backers, and outsourcing service providers – need to work together. The past helps us see this future more clearly.

We’ll finish this discussion in a following article that will include a surprise at the early, enlightened approach of CMOs to biopharma customers, and a look at what happens when, unfortunately, a promising program has to be shut down.