Biologics Dose And API Outsourcing: A Decade of Decline? 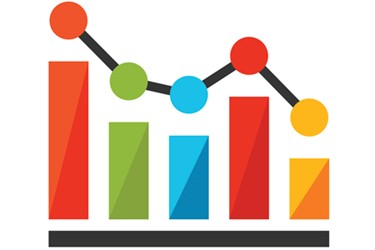 Can it be that today, when we expect increasing demand for CDMO services, biopharmaceutical companies have decided to outsource less of their commercial production needs than in the past? And if so, why?

Among data I’ve seen on recent history and current status of our entire industry’s outsourcing, resides some potentially counterintuitive trends, perhaps most stunning of which is this:

In 2009, companies chose to outsource 75% of their innovative biologic API, but a decade later – in 2018 – that number had shrunk to what at first blush appears an astonishingly diminutive 13%.

The data I’m referring to covers this 10-year period from 2009 to 2018; it was provided exclusively to Outsourced Pharma by data and analytics specialists at PharmSource, an organization of GlobalData Plc. (GlobalData was formed in 2016 following the consolidation of several related companies.)

Here’s how GlobalData charted this outsourcing progression for our readers.

To be precise, this graph depicts API and dose manufacture for small-molecule NMEs, and large-molecule BLAs. Regarding methodology:

If your reaction is similar to mine – some state of disbelief – try to suspend that for the moment.

When I followed up with the folks at GlobalData, they said the following analysis might throw the data into a different light.

Another mitigating factor I’d suggest is we might not be able to capture some of the activity out there. One thing we all do know about our own outsourcing industry is we often don’t know as much as we’d like.

Unfortunately, there remain pockets of concealment regarding drug development and manufacturing outsourcing locations, objectives, and methodologies. Even when we are able to glean trends from what is publicly disclosed and professionally presented to us, they must be taken with the proverbial grains of sand – or professional analysis.

However, all caveats not withstanding, these declining percentages are at the least alerting to quite a few of us who follow the industry closely.

Granted the size of the pie (approved drugs) is larger and thus expands everyone’s piece (by that sheer growth); and granted we surely don’t have all the data (Who has all the data for anything?), a percentage move downward in any outsourcing category –  particularly one as precipitous as from 75% to 13% in a decade – would seem alarming.

So while the chart above does indicate outsourcing of  (small molecule) NME active pharmaceutical ingredient (API) manufacture remains fairly stable over the last decade, according to Barry:

“By contrast, during the same time, the proportion of outsourcing of both biologic API and dose-manufacture has in fact declined compared to in-sourcing. For instance, I can inform you that the percentage of biologic-dose outsourcing (proteins and peptides, including monoclonal antibodies) has declined from a high of 75% in 2009 to 43% currently, with a five-year average of approximately 40%.”

And she’s got further analysis on that progression.

“One reason for this decline is, for example, most of the sponsors of protein and peptide NMEs are large or mega-cap companies able to invest in acquiring or developing their own manufacturing facilities over the past decade, making them less reliant on contract manufacture,” she explains.

“Historically, NME outsourcing tends to be from smaller-cap companies. However, these companies encounter significant financial barriers in attempting to develop biologics, given the high costs associated with manufacturing facilities and expertise compared to small molecules.”

Fair enough. We can agree that deeper pockets bring forth more biologics based on a pure estimation of economic need; biologics are expensive.

But still, why build vs. buy, or in-source vs. outsource? That added expense might in fact suggest the need for more outsourcing of biologics.

Even more generally: when outsourcing today is so pronounced, so much a part of any model for drug development, why would biologics producers be increasingly staying at home?

One reason jumps to mind: Potentially, drug sponsors are having a hard time finding CDMOs who are skilled, or have the equipment and experience, in these new areas of therapy, development, processing and delivery.

Another reason could be while CDMOs do have the required skillsets, they don’t have the adequate capacity for the growing market. If that BLA pie is increasing, and thus the workload at CDMOs as well, competition may be picking up and capacity filling out.

Or could it be that the outsourcing model itself works less well for some of the various categories of biologics? If this were in fact the case … it would indeed be a red-alert moment for the industry.

Readers may have your own insight into all this stipulation. (If so, please do share it with us.)

In the meantime, while I sense Barry and colleagues are much more sanguine than the pictures I’ve roughly painted with their data dots, thanks to GlobalData, we’ve some intriguing data worthy of our full attention.