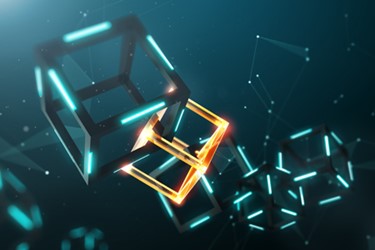 A supply-chain professional at a West Coast biotech was less than sanguine about his task to investigate blockchain technology for his organization. As we ended our conversation, he said he thought ultimately the assignment wouldn’t lead to much: “Sooner or later, most of the industry will probably move to something like a MediLedger.”

I subsequently learned about what he was referring, directly from Susanne Somerville, founder and leader of The MediLedger Project, a biopharma-industry working group for the study of blockchain implementation. Below, Somerville fills us in on what that supply-chain professional might have meant, her blockchain project, and what the technology could mean specifically for drug development and manufacturing outsourcing. 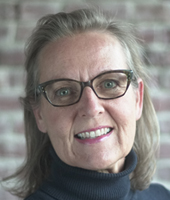 Starting in 2017, Somerville has brought together companies like Abbvie, Genentech (where she spent part of her career) and Pfizer, to enter into a practical exploration, and actual implementation, of a blockchain network.

“The biopharma companies started with individuals devoted to serialization,” says Somerville. “Then those people brought in their IT folks. There was so much interest within the companies, they ended up contributing way more people than we had outlined necessary for the working group.”

First off, that broad-based interest is heartening. I for one have been wondering why there hasn’t been more interest, most particularly in the proposition that blockchain technologies could reach well upstream of serialization.

While the U.S. Drug Supply Chain Security Act (DSCSA) has been the catalyst for the study of blockchain in biopharma, the potential is there to impact the entire drug development and manufacturing supply chain, including CDMOs and CMOs.

“Yes, one of the interesting use cases that keeps cropping up – obviously a pain point in the industry – is the communication between CMOs and sponsors,” says Somerville.

“CMOs have multiple customers wanting to do things their way. These service providers would benefit from standards or uniform practices to maintain some control. This tension is part of the core of the evolution of blockchain. We’re looking to see if the benefits of blockchain – or other network solutions – are actually going to be a forcing function for standardization.”

We’ll circle back to this topic of supply-chain standardization in a moment. First lets take a closer look at MediLedger itself.

Somerville left Genentech (where she was the sponsor of its serialization program) in 2015, and with business partner Eric Garvin (also previously at Genentech), started consulting in the serialization space.

“Honest to goodness,” she says with a laugh, “as soon as it got out we were doing this, people in our network sent us all these articles on blockchain. Eric and I researched it, and knowing where the DSCSA law was going to take companies, we thought, ‘Let’s get together a biopharma working-group and really test this out.”

Bolstered by that initial industry interest, Somerville and Garvin sought out a blockchain development partner. They landed on – and subsequently joined – Chronicled, a “smart supply chain solutions” company.

“The gift was DSCSA and serialization compliance is a relatively tiny community of experts,” says Somerville. “These are the people peppered by their companies with questions such as: ‘What is this blockchain thing? What do we need to be involved in, or at least how can we prove its value?’”

Somerville points out that those tasked with the investigation weren’t necessarily chanting, “Let’s do blockchain!” If anything, they were skeptical, and “somewhat profoundly critical … but luckily, super smart.”

“We have many challenging conversations drilling down into what a solution will require to both meet the law [DSCSA], and be adopted by industry more widespread.”

The focus is on moving from proof of concept to actual commercial solutions. That takes funding. The MediLedger Project currently depends on Chronicled, venture funding, and participants’ fees to develop those solutions. Eventually, the actual transactions across the blockchain network will become the funding model. Somerville says they are creating an “inclusive solution,” offering industry service providers (e.g., SAP, Tracelink, Systech, VerifyBrand,) what is in effect a licensed-software package providing access to participate.

“Our best analogy is the VISA credit card network,” explains Somerville. “If you know the history of the VISA card, banks came together to decide on core, but minimum standards, allowing maximum room to compete. That’s the idea: What are the standards to follow in a blockchain protocol and network?”

Key is ensuring easy integration from existing solutions; providers should be able to offer biopharma customers the new blockchain connectivity, but also their own propriety services. Chronicle’s interest lies in adding overall oversight to the decentralized and autonomous nature of blockchain.

“We’ll manage the network,” Somerville continues, “but it’s all about the companies [biopharma customers] operating among themselves, or via their service providers [IT solutions companies]. The blockchain ends up creating this connected record of transactions through a decentralized, but managed platform.”

The biggest challenge now? Educating the industry to understand the basics of why this could be of wide consequence.

“Our hope is more people feel safe to ask questions, and start to understand how a blockchain network will impact their business. This should come more from a curiosity and innovation perspective, rather than one of fear,” says Somerville.

Back To Supply-Chain Standards

As Somerville mentioned above, the realization that drug development and manufacturing service providers might benefit from “network solutions,” if not a fully developed blockchain, could lead to a more harmonized and advanced set of industrywide working standards.

“Interoperability,” says Somerville, “is an important concept for blockchain and the supply chain.” She mentions the OPEN-SCS Work Group, partnered with the OPC Foundation, is developing standards for an open exchange of data between packaging serialization systems, site management systems, and enterprise systems, to “liberate the communication landscape and allow for free flow of data up and down the manufacturing system stack.”

She adds: “This is especially exciting for CMOs who deal with the unique requirements of their customers’ systems. An open data-exchange standard would streamline their business, and simplify operations and connectivity.”

So while Somerville and her biopharma partners first need to get blockchain firmly in place for DSCSA, the establishment of this network will also put in place the groundwork for a variety of offerings and services along the supply chain.

“Once you have those connections, it drives the next opportunities,” she says. “That’s why I think the CMOs play a part in the next steps in the utilization of the network. It’s a wide-open future. Where is blockchain eventually going to go? We are on the road between here and there.”