Beck Joins Boston Pharmaceuticals: Another Sign Of The Times 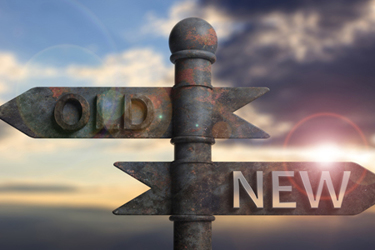 It was intriguing when announced at the end of 2015 – a sign of the times, perhaps.

A well-known big-pharma figure becomes part of an investment firm, and then launches a new kind of biotech: well funded from the get-go, molecularly agnostic, streamlined to the extreme and thus outsourced to the hilt.

Christopher A. Viehbacher, former chief executive of Sanofi SA, made a splash when he announced the launch of drug development company Boston Pharmaceuticals, with $600 million from his global investment fund, Gurnet Point Capital.

The new-wave biotech would (my words not theirs) buy early-development drug programs — small or large molecule – drop them into a technology “platform,” nourish them with the requisite funding, design and execute the clinical trials necessary to reach proof-of-concept, then turn them loose again to a commercial suitor (or further develop them to commercialization).

Now there’s renewed attention on the company – another signpost in our new era.

A few months ago, it announced Joanne Beck was joining as Chief Operations Officer (COO).

I had the pleasure of catching Beck as a speaker at DCAT Week in March 2018, and a few months later we published an editorial, We Weren't Prepared For CAR-T: Lessons From An Industry Executive.

Surprised by this new direction she chose with Boston Pharmaceuticals, I gave her a call to learn more.

I ask Beck if she surprised herself with her decision to join Boston Pharmaceuticals. That gave the good-natured Beck a good laugh, and prompted this reply:

“I was surprised myself, I'd have to admit that. Just look at the number of cell and gene therapy opportunities out there, especially in the Cambridge area! It was a tough decision to step away from that focus specifically. But after my first meeting with Rob and Ian, I thought this is the team and the diverse pipeline I want to work with. [CEO Robert Armstrong, and CFO Ian Sanderson]

“When it was announced BMS would acquire Celgene, I had some time to think. I did some soul searching. I was interested in working at a small company in Cambridge, with plenty of opportunity to apply innovative approaches to bring drugs to the clinic. I was interested in that early development stage, and how to optimize it.

“The team at Boston Pharmaceuticals was the right fit – there was a lot of chemistry between us. We had the same vision on what we wanted to do, how to develop drugs, and how to optimize the end-to-end development process.

“There is a lot of opportunity in this space,” she adds. “You have all this innovation coming from discovery into early development, but then you don't have enough resources. There's this mismatch between innovative drugs coming up from biotech pipelines, and actually being able to resource many of these programs.”

Beck says Boston Pharmaceuticals has the model to develop those underfunded drugs and allow them to reach their full potential.

“And look at our website,” she tells me. “You'll see it says ‘unencumbered’ decision making.”

In fact, I reply, I have that very word in front of me in yellow highlight. What does it mean?

Beck explains the unencumbering starts with obtaining funding for a program Boston Pharmaceuticals wants to in-license, “in a straightforward decision-making process.”

Programs are funded through the desired phase of development, so that asset development is unfettered from the start.

“We don't aim to co-develop assets with the originator” she adds. “That’s cumbersome. We have the funding to bring the program through proof-of- concept, with that point determined by the specific data and attributes of each asset.”

I remind Beck that when in-licensing a program, most organizations boast the opposite: close relationships with initial researchers, and collaborative partnerships.

“I didn’t say we're not collaborative,” she corrects me. “There's a good rapport with the originator companies, many of whom come back to us with additional assets. But again, we have the funding, internal capabilities, and model to develop the program efficiently, and that’s clear cut from the outset.”

As for that model?

“We outsource everything,” Beck replies. “We maintain a small internal team of the various skill sets and areas of expertise in drug development. You're talking about an “n” of a few people in each area. As part of my role, I look across the company and programs to find ways to continuously improve effectiveness, especially as we bring in more programs.”

Currently, the Boston Pharmaceutical pipeline consists of small molecules and a single biologic program. That mix could change quickly.

The company doesn’t screen for therapeutic areas, modalities or technology platforms.  “For example,” says Beck, “while we have mostly small-molecule drugs, the delivery platforms vary: oral solid dosage forms, topical gels or creams, we are investigating an inhaled drug, and that’s just the beginning. We will probably add more biologics, and have not excluded cell or gene therapy programs.”

“For pre-clinical-stage assets,” says Beck, “we have to identify an appropriate CDMO. While we would like to have one strategic CDMO, we are rather opportunistic. We choose whoever has capacity when we need it, and the relevant capability.”

“What I bring to the table in terms of CMC is deep experience in biologics, and years building process development and manufacturing networks that balance internal and external capacity and capability,” she says of her new role. “Otherwise, the Boston Pharmaceuticals CMC group is quite expert at identifying new CDMOs and working with existing partners for process development, manufacturing and clinical supply chain.”

Her CMC team works closely with an experienced internal strategic sourcing group that specializes in CMC.

“We do not start by grabbing whatever CDMO is out there. Our team does a thorough process of screening and identifying appropriate partners. So far it's gone extremely well,” she says.

Continued growth, however, may drive some changes in behavior. As the pipeline grows, says Beck, she’ll be working with their strategic sourcing group to consolidate the CDMO network, while maintaining flexibility, and managing at-risk spend.

“We are working towards identifying responsive and agile strategic partners,” explains Beck, “with capabilities from oral solid dosage to inhaled to topical formulations and biologics.

And that turn towards strategic partners, as we’ve learned over many months at Outsourced Pharma, is yet another sign of the times.