At Biogen, Three Keys To Outsourcing 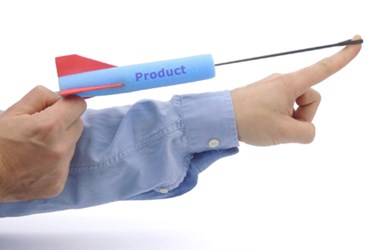 Thomas Holmes stays close to home. He grew up 10 miles north of Boston, and now lives 10 miles north of there. He also stays put. He’s been at Biogen for over 20 years, timing his arrival to preparing the Cambridge biologics manufacturing facility for the 1996 launch of AVONEX (interferon beta-1a), for the treatment of certain forms of multiple sclerosis (MS).

On this midwinter’s day, less white than usual in the Boston area, Holmes, now senior director for Global External Manufacturing, speaks enthusiastically about Biogen’s outsourcing strategy. Most notably, he tells me: (a) cost has never been a strategic driver in CMO selection; (b) Biogen’s concept of “dual sourcing” is revenue independent; and (c) the expected time from drug approval to market launch is all of 48 to 72 hours. 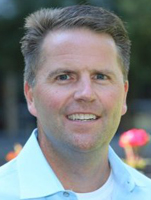 Holmes starts our conversation with the last of the three points, and adds a bit of Biogen lore. That calculation actually originates with AVONEX, Biogen’s own first commercial launch. (In 1986, Schering-Plough launched INTRON A (interferon alfa-2b), the first Biogen-developed product brought to market.) At the time of regulatory filing for AVONEX (for multiple sclerosis (MS)), a company in the marketplace was questioning Biogen’s patents.

“This spurred us, on behalf of our patients and company, to work out a detailed, 18-month pre-launch initiative for everything from product manufacturing to artwork approval, and final packaging to distribution,” recalls Holmes. That planning worked; Biogen was ready for launch when the FDA approved.

“I still remember it,” says Holmes. “It was 33 hours from approval to the time we sold our first dose. We handed out little trophies to commemorate the achievement.” Since then, Biogen’s expectation for all product launches has been 48 to 72 hours from approval.

Holmes believes this initial success has had a positive influence on the entire industry. “Packaging CMOs tell me they have been adapting our model, at least trying to get to launch in days or weeks, rather than months.” He adds, “When our patients see how important it is for us to make their critical medicines available at approval, it sends a powerful message.”

Obviously, speed to launch is also sound strategy for revenue accumulation. However, as we’ll see below, Holmes says that Biogen has become a profitable public company, and bio-industry leader, by putting science and patients before profits. And let’s not overlook the real risks to these truncated timelines. Addressing this, I say to Holmes, “This would have to mean that …” but he finishes the sentence for me: “we’re basically preparing supply at some risk.”

That risk is acceptable to Biogen. The next is not.

Risk is far less tolerable regarding the reliability and security of the supply chain, be that internal or external. Biogen has continued to build out its own biologics manufacturing assets, which are already substantial by most measures. And while outsourcing is a key stratagem for the company – particularly for non-core capabilities, such as small-molecule products – it does so carefully and selectively.

“Cost has not been a strategic driver in terms of our CMO selection criteria,” Holmes explains. “For some of the more global options available today, lower cost is the purported big win. But since that’s not paramount in our decision-making, we are still somewhat hesitant, for example, to really test the Far Eastern service companies. That’s not to say, though, we don’t have starting materials for API from sources in China or India.”

Biogen views outsourcing opportunities in the U.S. and Europe favorably, and equivalently. Part of the reason is the facilitation of close oversight of external partners. According to Holmes, Biogen has nearly equally ample management resources in its Swiss offices outside of Zurich, as well as in Cambridge (Massachusetts). Of course the company’s roots are in both Switzerland and the Bay State. Biogen’s own manufacturing facilities are in Hillerød, Denmark, Cambridge, and Research Triangle Park (RTP), North Carolina.

“The ability to be on the local time zone, to physically be at any location the same day if we need to, is important to us when it comes to externalizing parts of the supply chain,” says Holmes. In a second part to this article, we’ll capture Biogen’s specific approach to Strategic Relationship Management (SRM). For now, suffice to say detailed CMO management and close partner oversight is of vital importance to the company’s entire approach to outsourcing.

Dual Sourcing … For Materials And Knowledge

Dual sourcing – the strategy of ensuring at least two reliable suppliers for materials and drug product – can also apply to more general areas of business, such as ensuring a company has various sources of industry information and knowledge. For example, Holmes mentions an upcoming Outsourced Pharma Conference in Boston, at which he’ll be a panelist on a session devoted to best practices in supply chain mitigation. He says Biogen has strategized mightily about how to tackle supply-chain risk, both as a smaller biotech and now as a “Big Bio,” but always looks to network with other companies to discuss the subject, and find partners.

“The fundamental starting point for us in any discussion,” says Holmes, “is asking: ‘How do you deal with risk mitigation in the outsourced environment given that outsourcing, because it is outside of your facilities, is by definition a less-controlled situation?’ Next, you need to deal early in the process with understanding and overcoming challenges with regulatory change management, timelines to make amendments, add sites, validate processes, and get approvals. And the third point brings us back to geographic, or even geopolitical, considerations. The world changes routinely. Are you in the best geographies to serve your clients and customers from a manufacturing standpoint?”

Holmes says even Biogen has tried some different strategies. “So I like the idea of prompting deliberate, even provocative, conversations among my peers and the CMOs themselves, at a setting like Outsourced Pharma Boston.”

Regarding dual sourcing of material and product, Holmes says this is a fully accepted and definitive strategy for supply-chain integrity at Biogen. “Dual sourcing is not strategically driven by product revenue considerations,” says Holmes. “Among other considerations, this creates valuable opportunities by ensuring you have validated your processes in two different locations.”

Easily said, but requiring a lot of work. Particularly for smaller, cash-tight biotechs, qualifying and establishing two (or more) suppliers can extract a heavy toll in time and resources. Holmes insists in most cases it’s well worth the effort. “Along the way, and while it’s all about reducing risk, you may end up learning more about your processes, and even ultimately reducing costs as well.”

Holmes concludes: “Earlier in our conversation, I did not mean to say cost is not important, it’s just not a value driver in terms of our selection process. However, once you have multiple suppliers, it does become an elegant way to ensure that you are having market-tested, value discussions around the services you are getting for your money.”