Are You Cut Out To Be An Outsourcing Phenom? 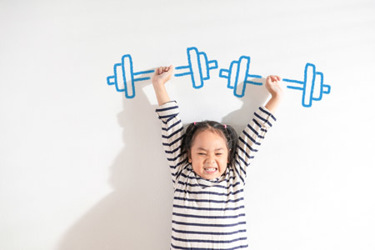 Continuing from part one with ZZ Biotech CEO Kent Pryor, whom I’ve dubbed as an “outsourcing phenom,” what he wants to make clear is just how organization-altering ongoing outsourcing activities can be, and why it’s important to remain flexible and open-minded from the top to the bottom of an organization.

This reminds me of my first introduction to Pryor in 2016 at an outsourcing conference, when he mentioned an Australian connection to his San Diego-based biopharma, ZZ Biotech.

The first is in a company formerly known as Bioatrix Pty Ltd., which also had been developing an activated-protein C (APC) drug for wound healing, and performing research in Australia spun out of the University of Sydney. ZZ Biotech decided to provide Bioatrix some of its drug to take into animal models.

The results were so good, says Pryor, ZZ Biotech acquired Bioatrix and the entire patent portfolio developed by the university. “With that, our thought leaders for this program are in Australia.”

In the meantime, ZZ Biotech had done its first round of GMP manufacturing with Princeton, NJ-based CDMO Laureate Biopharmaceutical Services. Laureate was acquired by CDMO Gallus BioPharmaceuticals, which was then acquired by Patheon.

“I had signed a contract with Gallus for my second GMP manufacturing batch in Princeton when we learned Patheon intended to turn that site into a global development center. It was not a facility we could utilize anymore,” he recalls.

Patheon offered ZZ Biotech some options, one of them being a site in Brisbane, Australia. “We thought, ‘That’s of interest,’” recalls Pryor with a laugh.

And there was a kicker to that location: “Patheon informed us of a way to get this done at about half price. The Australian government offered an R&D credit for biotech companies doing research and development there. So we sort of got shoved into the Brisbane manufacturing facility, but it was a good deal.”

ZZ Biotech shut down Bioatrix to start a “new, completely clean” Australian subsidiary to take advantage of the R&D credits, and stay on schedule for its next GMP production runs.

“I’ve got three GMP biomanufacturing runs scheduled in 2022, even though the Australian government ended up amending the regulations for the credit, disallowing us to further take advantage of them.”

Of course, not all CDMO M&As turn out beneficial to biopharma customers. However, being flexible enough to make the best of circumstances — and I’ve come to believe there’s a certain serendipity that can unfold along with the inherent risks in outsourcing — is a key component of today’s fluid biopharma development model and a trait of successful executives.

We move now into an introspection readers might want to undertake:

Are you cut out to be an “outsourcing” executive in the mold of a Kent Pryor?

All these years later, I detect no change in Pryor in this regard: he’s not stressed, and while working admirably hard (he reads off his calendar below), he genuinely enjoys his role.

In fact, he admits to finding the trials and tribulations of outsourcing both an entertaining challenge, and a noble pursuit for patients.

That notwithstanding, it is one heck of a workload. Our readers all work diligently, but perhaps not many professionals are cut out to carry the load Pryor has.

“Perhaps that’s true,” he says demurely. “I wouldn’t say I don’t have stress; I just handle it well.”

Then after some time to think it over:

“My personality lends me to this position. For example, I’ve been working exclusively from my home office for a long time — ever since I joined the company. Many people got used to doing that for the first time recently, but certainly not everybody likes it.”

And, for that matter, neither does everyone enjoy having their development programs and manufacturing ensconced at often far-flung second or third parties.

“I also have a lot of what I’d call resiliency,” Pryor explains. “I’m able to work in a very stressful environment without letting it overwhelm me. That’s been helpful, because you’re right — outsourcing and working with CDMOs can be stressful enough when things go right, let alone when they go wrong.

“I don’t want to toot my own horn, but this isn’t something everyone is good at maintaining – all of those different trains of thought over a wide range of activities.”

Put It On The Calendar

How wide a range?

Pryor pulled up his calendar and read off the appointments he has for the next two days. They include a call with his chief medical advisor and head of clinical operations, a call with his press and investor relations group, and a meeting with his clinical team in Australia for the ALS clinical trial.

There’s the meeting with his project team for his regulatory group, an update call with a lab he utilizes in Scotland that’s setting up “the next-generation assay development for a biochemical assay for release and stability testing,” and he can’t miss his Friday morning CMC sub-team meeting.” And don’t forget any ad hoc calls, he adds.

Inherent in all this activity?

His CDMOs are performing their jobs, enabling this all-outsourcing model for Pryor to manage.

They are, we can say, treating him well. Outsourcing is a risk-laden operational strategy, but to a much lesser degree if you’re an organization with a professional like Pryor.

Do you or some of your colleagues fit that bill? The answer could be vital to your chances of success.