Are We Comfortable With "Patent-Cliff Innovation"? 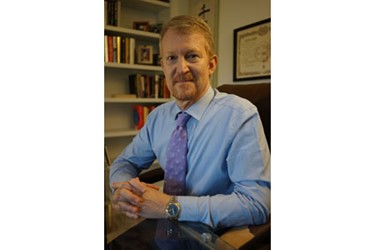 “Faced with the expiration of its patents for the iPhone and MacBook, Apple is looking at a revenue-stream reduction of $25 billion.”

“Because of the approaching patent cliff for three of its five best-selling car models, Toyota is struggling to find a new R&D direction, and may have to acquire another car company to survive.”

You haven’t seen these items?

They sound like another round of fake news, perhaps planted by some aggressive investors trying to short the stocks of these companies.

So why are similar news items accepted as an everyday normality when it comes to the biopharma industry?

Seriously, why? Can you produce a rationale that really makes individual-business, overall-industry, and patient-centric sense?

I’ve tried, and failed. I did, though, come up with some alternate thoughts for the drug industry. And after writing a series of editorials challenging well-worn assumptions causing an ovine-like acceptance of today’s patent-pulling policies, I thought I’d gotten this subject out of my system for a while, and left it at the proverbial doorstep of my readers.

But there it was again, a triggering sentence, this time in the cover story of the September issue of Life Science Leader:

“It was a difficult time for the Big Pharma as it faced the reality of $25 billion in revenue going off patent over the next few years.”

Coincidentally, in a separate article in that LSL issue, Robert Copeland, President & CSO, Accent Therapeutics, advises readers it’s still a recommended activity to challenge assumptions, both in science and business, and he declares, “a healthy disrespect for authority is important!”

So reignited, I again ask: “In what other alternative universe would we simply strip an innovator of its patents, and for all intents and purposes, devalue its products?”

Furthermore, adding insult to those injuries, I recall what Robert Ward, Chairman & CEO, Eloxx Pharmaceuticals, said in one of my editorials, as he described the coincident introduction of generic drugs when patents expire:

“The government doesn't say, here’s our approved knock-off Mustang that consumers should by from Shop-O-Cars; we don’t get steered to an Apple-computer knockoff from the government-approved-copy department; or a government-approved-generic coke, all with some vague promise to consumers they’re as good as the innovators’ product. If we did that we’d blow up these companies.

“The problem pharmaceutical companies have is their portfolios are taken away from them …What if it’s your only product at the time, like it is with many biotechs?”

Ward, and other industry professionals I’ve interviewed, offer ideas on changing two fundamental precepts of the drug industry today: The aforementioned patent policies, and the rush to put patients on generics in place of brand-name originals.

More broadly, there are drug-policy and pricing debates going on throughout the U.S., including ideas floated by everyone from the president and various other politicians, to savvy patients and everyday folks.

Yet we remain mostly immune to this free-market and healthcare-system abnormality. We see headlines like the following regularly (with the names altered to protect those companies from further dispersions):

“Biotech C: Beyond the Patent Cliff”

Do these suggest in any way we have the best market-system – for companies of any size – to provide the best drugs and outcomes to patients?

About the only positive thing we can say is we are all dependent on “patent-cliff innovation.”

But is that really the motivation we want for drug companies? Does our goal of rushing patients to generics really inspire innovation? Are we really serving the best long-term interests of patients?

Perhaps there is no valid way of measuring, but we should at least ask:

Has the development and distribution of new drugs within this patent-cliff system actually benefited patients with more access to more new drugs than they would have received without these patent limitations and the push to generics?

Because I don’t think the current system should be metricized on how quickly we push patients to generics (and at what prices), but rather on the access to and number of new and advanced drugs that come to market (and are healthcare-industry and individual-patient affordable).

Perhaps we can’t know if patient outcomes would have been better in a different system. But we know this: We have the current predicament in large part because of a deep distrust of our name-brand drug companies. I’ll get back off my soapbox with this final thought, also spurred by Life Science Leader, particularly chief editor Rob Wright’s recent blog.

In Wright’s blog, he mentions the Gallup Poll released this month, in which it is reported:

“The pharmaceutical industry has unseated the federal government as the lowest-rated industry this year, in terms of its net-positive score; the government has been last or tied for last from 2011 through 2018. The healthcare industry's negative ratings also exceed its positive ratings by double digits …”

So here’s my final point: The drug industry deserves a large amount of criticism for reasons there is no need to enumerate here. But so much of that critique sits on the back of what we’ve outlined above:

Drug companies sit trapped in a healthcare-system box. The boxing-in doesn’t allow them better options to succeed as businesses. The box is taped shut by laws and regulations, and guarded by other entrenched players in the system (insurance companies, PBMs, etc.), so that the status quo remains. And so individual drug companies do whatever they can to maximize profits and development strategies within this predicament.

It adds up to a stern and negative analysis of biopharma companies by the public, as measured in polls like Gallup’s. But when you think it through, that negativity towards our industry’s companies is really a result of the entire healthcare system that is not serving patients as well as they deserve.