A Word From Germany On U.S. Manufacturing Productivity 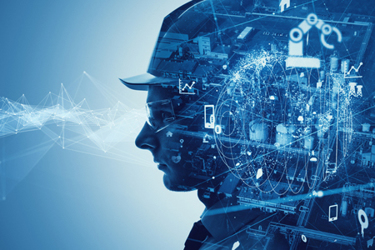 Verbund, a German word meaning “combine,” has become an encompassing concept for adding value to production at world-renown BASF.

From automotive to pharmaceuticals, BASF is a multinational of some 117,000 employees.

Its practice of Verbund creates “efficient value chains that extend from basic chemicals all the way to consumer products,” where energy and material “flows” at production plants, and logistics and site infrastructure are all “tightly integrated.”

Those six sites produce more than 50% of all BASF volumes.

A CEO of a U.S.-based CDMO believes Verbund is just the kind of thinking needed to boost global competitiveness at drug development and manufacturing facilities in this country.

I learned of Verbund during a conversation with Kurt Nielsen, CEO of Maryland-based Pharmaceutics International Inc. (Pii). We were discussing my recent editorial on oral solid dosage (OSD) production, and more generally, the onshoring of pharma manufacturing in the U.S.

“OSD work and onshoring in the U.S., if we put those together, is a great idea in the sense it's got populist and national-pride appeal,” says Nielsen. “On the other hand, we do kind of talk out of both sides of our mouths.”

“The ideas have weight, but when organizations actually attempt to undertake this, it's expensive compared to the alternatives. And the analysis usually stops right there.”

Instead, Nielsen believes, “We’d benefit from a careful look at productivity.”

“The example I use is BASF’s Verbund concept. The idea is you can get productivity at scale by controlling everything you possibly can at a fundamental and basic level. It’s a holistic approach to managing total cost.”

He continues: “BASF has Verbund facilities, including in places like Germany, where wages are as high as any other place, and work weeks are as short as they are anywhere in the world.

“Yet they can develop, manufacture, and distribute high-quality products at a cost lower than even India or China.

“It's based on this encapsulation of productivity; constantly chasing productivity to the most fundamental levels, in terms of what you're producing, and your activities. From that you can achieve economies of scale, and further reduction in your costs … and now you're globally competitive.”

U.S. companies, Nielsen says, know how to derive productivity in drips and drabs, but “they don’t get the lion's share of it. ”

“Like for so many things,” he replies, “it's somewhat dichotomous: In order to get productivity and economies of scale, you have to deploy some capital.”

“And many business leaders still aren’t as comfortable as they need to be in long-term view and commitment to achieve a return on capital.

“For example, when considering achieving energy self-sufficiency, they’ll say, ‘We aren’t in the energy business.’

“Okay, you're not. But with the right person, equipment, facilities, and expertise, you can significantly reduce your energy consumption – in some cases become self-sustaining.

“Until there's a more holistic and long-term approach akin to this Verbund concept – and I’m sure some companies in the U.S. do this – we'll constantly be wanting to onshore, but then not moving forward."

With the concept of Verbund in mind, Nielsen offers three points of advice for Outsourced Pharma readers when it comes to working with CDMOs.

Verbund is a culture of productivity; you want a CDMO as much in sync with that culture as possible. One way to find out is to ask – at every level of the organization:

What are your thoughts and initiatives regarding productivity in your operations?

Nielsen adds there should be a cultural “match” between your organization and the CDMO.

“If they have a different wavelength on points like the pursuit of productivity, the relationship might not work,” he warns. “A ‘cultural match’ suggests ways of working at the companies are compatible.”

He adds: “Each party, though, needs to be flexible enough to know you’re not going to be perfectly compatible. Both need to focus on the fact most problems arise because people don't really understand each other.”

That means verification both at your own company and at the CDMO.

“Organizations often extend the core of what they do,” explains Nielsen. “It's not right or wrong; it can be a natural process.”

“However, on the buy side, you have to be clear about what you need and want. For example, there can be discussions around utilizing a new technology. The CDMO says, ‘Yes, we can do that.’

“But can they do it well and productively, how much have they done, and have they solved a previous customer’s problem? That’s typically not discussed enough on the buy side.

“But you didn't ask the next-level questions:

“Doing good science, and then solving problems effectively and productively between a group of people from two different companies – it’s where the magic of success takes place.”

Buyers should hold “reasonable expectations around the price of services and products.”

Verbund, in its concerted quest for productivity, reduces costs and prices, and increases global competitiveness.

Therefore, if you’ve identified a CDMO you believe has that right mindset, and has made upfront investments to offer the best price at the highest quality, “Why poison the water looking for the last penny?”

“This goes back to understanding the real value from investing in productivity. In this case, what is the real value you're getting from the CDMO? Maybe the partner is unique from that cultural, or problem-solving standpoint mentioned earlier.

“You're not going to pay any price. But inevitably, when folks go back for the last penny, it just sours the relationship on both sides. Now everybody's starting off on their back foot – for a penny, which is more or less what it amounts to in the long term

“But if we talk about the right culture and skill set, and aren’t willing to pay for that, we’re again talking about moving forward with investments to gain future productivity, but then stopping.”

In other words, we don’t understand Verbund.