A Historic Outlook For 2023 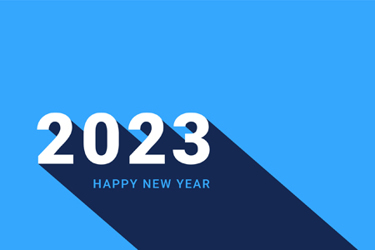 You might say John Koleng has been living in the drug development and outsourcing future throughout his decades-long career.

That career began in 1996 when, quite remarkably for the time (or perhaps any time), he and other grad students (from the University of Texas at Austin) helped cofound a CDMO. But not only did they anticipate the growing need for a service market, the CDMO — PharmaForm — also focused on the challenges associated with drug-product solubility, an area that has never been more important than it is today. (Some 90% of new drugs in development currently are said to be poorly soluble.)

Moreover, Koleng and his colleagues anticipated the M&A boom of many decades later. “We were a bootstrap startup CDMO, grew the business from the four of us to just over 100 employees, and then sold it in 2007,” he says.

Today, Koleng is as visionary as ever. He’s vice president, product development and manufacturing, at TFF Pharmaceuticals, a combined drug sponsor and service provider uniquely positioned in the outsourcing industry. As a drug development company, TFF works with external manufacturing partners to progress its own pipeline of dry powder therapies developed via its proprietary thin film freezing technology.

The company also serves as an outsourcing partner to other companies developing treatments in which TFF’s technology could be used for manufacturing and scale-up. In practice, TFF assists those other drug sponsors by helping them select and manage relationships with third-party CDMOs. Among the most notable trends in our industry the past few years is the growth in these types of new business and operating models. It seems only natural Koleng is in a leadership role here, as well.

What does he see on the horizon? Most of the growth in the CDMO industry will continue via acquisition, he says, and that can complicate the future for drug sponsors.

Some CDMOs today are already large public companies, operating as fully integrated organizations servicing many clients with large-scale capacity. “Unfortunately,” he says, “there’s always a cautionary tale to over-consolidation. We get ‘group think’ in how we approach programs, and there’s the potential for less innovation.”

Koleng senses a brewing paradox. “In the life cycle of industry growth and downturns, these large groups can start cutting capacity to increase utilization at certain sites.” Also consider the situation with the recent pandemic, or a rapid surge in demand for any new therapeutic considered a breakthrough for humankind. “While consolidation starts out allowing companies to increase capacity and capability, at a certain point it can ‘tip over.’ We start cutting capacity to drive utilization, and in fact, limit options.”

There’s a more immediate problem. As lean and virtual drug and therapy developers often pursue small patient populations — think of all the emerging CGT companies — large-scale capacity at centralized locations is not what the outsourcing world needs. Certainly, not if bigger locations reduce specialized and rightsized capacity optionality.

So, while Koleng is careful to sprinkle our discussion with positive attributes of the big CDMOs among us — he refers to them as part of the “pillars of excellence” that horizontally integrate and have helped drive our industry to a more mature state — he is adamant we acknowledge the role smaller CDMOs will need to play in our future progress as well.

“We have to monitor and evaluate whether we are creating the necessary balance to serve us in 2023 and beyond,” he says.

Same As The Old CDMOs

I double back to the start of his career. How in 1996 did a couple of students in grad school get the idea to start a CDMO?

“For the same reasons they would do it today,” he replies, “to take advantage of future opportunities.” Back then, as well, there was a growing “sea of small groups” trying to get development work done.

“People were already coming to us back then because we were pursuing a particular expertise [hot-melt extrusion]. It was our recognizing a need and a business model to fill it — that being externalization — that drove us.

“Something I like about my current position at TFF is we’re sort of where PharmaForm was when it started all those years ago. We have a unique technology we believe can solve several problems. We’re working to establish and grow that. A lot is based upon that same mindset of addressing the needs of folks who are starting out and who are early adopters of new technology.”

Finally, I ask Koleng, when a drug or therapy developer in 2023 needs to externalize, what should they focus on when considering a CDMO?

Not surprisingly, he says partner selection is “almost always a balance of attributes and circumstances.” Foremost, he says, look for best-in-class for what you need to do specifically. Saving a few bucks or a little time, he says, doesn’t do any good if the CDMO can’t deliver.

“I grew up in development services, and an environment where the mantra was people only pay you for hard projects, and there’s usually some niche or specialization the customer needs. Best-in-class can mean different things — most experienced, advanced equipment, appropriate capacity. It’s usually a balance of all these, but generally, start with who your organization determines is best-in-class.”

From that beginning, he says, “next take in other considerations in terms of value.” Even if you’ve selected the best-in-class, they can’t be so expensive you can’t afford the services.

Secondary parameters must be carefully considered. For example, how valuable is timing or scale at your particular phase, and what are your anticipated future needs?

“You really want to avoid moving around with transfers and those additional costs, even though that’s always an option,” Koleng says. Always an option, that is, if we as an industry can maintain that balance of big and more specialized CDMOs.