A Biopharma Life: From An Indian Village To A San-Diego Super Cluster 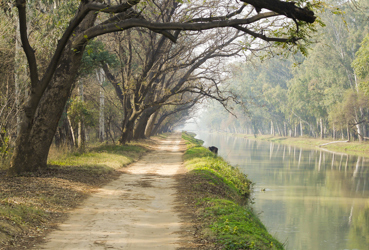 “I always get excited telling about my background,” says Brahmachary Enugurthi, Manager of API Development and Manufacturing, Bristol-Myers Squibb (BMS).

In part one – “Follow The Molecule: One Man’s Tale Of Commercialization And Outsourcing” – we uncovered Enugurthi’s intriguing career and strategy for drug development and manufacturing.

As I wrote in that editorial: “This is a story of drug and personal development. It demonstrates why our industry deserves respect for its accomplishments, and recognition of the individuals who drive them.”

I believe Outsourced Pharma readers might also share some and appreciate other elements of Enugurthi’s experience in this more personal telling:

“I was born in a rural village of about 5,000 people in the state of Telangana, India,” starts Enugurthi in his habitually even cadence. “School only went to fifth grade. Nonetheless, from an early age I had an interest in education. My parents figured out how to send me to school in a bordering town to continue my education.” He continued through high school and college there.

“We weren’t well off – always struggling financially – but despite this my parents somehow were able to keep me pursuing education, rather than placing me into the family profession. My father was a goldsmith. He made modest jewelry. My mom did tailoring and stitching clothes. I am an only son, and I have two sisters. They're all still in India.”

Because the Indian education system required students select and stay within a field of study, Enugurthi had to chose from the subjects he had a passion for: math, biology, chemistry and physics. He chose chemistry, and received a bachelor’s from Kakatiya University, located in a small town close to home. After securing a high rank in “a competitive statewide test,” he joined the Master of Science in Organic Chemistry program at Osmania University in Hyderabad.

But America was on the horizon. 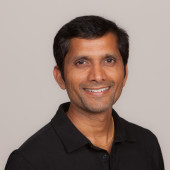 “I wanted to keep going after completing my master’s,” Enugurthi says. He sat for a national exam, called GATE (Graduate Aptitude Test in Engineering) for the chance to win a scholarship to pursue postgraduate study. It’s an annual test conducted jointly by the Indian Institute of Science and seven Indian Institutes of Technology. More than 500,000 students take the test each year. He qualified.

“The qualification rate is about 10-15%,” Enugurthi tells me, with a mixture of matter-of-fact analysis and a lingering wonder of accomplishment.

“This five-year fellowship was introduced by the Indian government to boost students enrollment in scientific research. It not only gave grants for the research, but also provided additional support for living and health benefits. The fellowship amount was more than enough for my campus life. I was able to send some money to my parents every month. This government initiative has attracted many students to research, instead of looking for jobs right after college.”

With fellowships in hand, Enugurthi pursued his Ph.D. in organic chemistry at the Indian Institute of Technology, Bombay (now Mumbai).

“I was the very first student of my advisor, Prof. Kotha Sambasivarao,” Enugurthi recalls.

“He was a young professor who had just moved back to India from the U.S. He knew firsthand how scientific research and development happens in Western countries, and wanted to bring back and implement some of that in India. I was fortunate to work with such a dedicated and philosophical scientist. He inspired me to pursue research in U.S. for post-doctoral studies.”

This time, Enugurthi was accepted to just a few of the colleges he applied. One that did accept him was the University of California, Berkeley, where he would work with professor Jean M. J. Fréchet (currently Professor Emeritus), whose research was focused on “applying synthetic organic chemistry tools to the field of material science, catalysis and bioengineering.”

“After post-doc,” Enugurthi says, “I landed in the midst of life-making decisions: Go back to India or stay in the U.S.? Stay in academics or pursue a career in industry? What was my real interest? I think everybody goes through these types of decisions at points in their life.”

He says what tipped the scales were the “many pharma companies that visited UC-Berkeley campus to talk to and recruit students. That helped me to recognize the exciting opportunities out there where my education and skill set could be put to the best use. I took my first job in industry at a small CRO in San Diego.”

Open To The Present

“However,” Enugurthi interjects, “I should go back and add that when I first came to the U.S., I had no family members here. It was challenging for me to deal with that loneliness. But little by little I made some good friends, and started appreciating life here.”

“Even when I grew up, people had to pursue their dreams, and keep open to a dynamic world. Nowadays, the world has become so small. We can talk and see each other thanks to communication technology. And there will be more changes and opportunities. There were for someone like me, from a village in India starting in a small company in the U.S. as a medicinal chemist.

“I would suggest keeping your options open,” he continues. “I believe this is especially important for those who emigrate from other countries, where perhaps you didn't have that many options to begin with.

“I think that’s a reason I was motivated through all my transitions, including becoming involved with drug discovery, development, and outsourcing relationships in the supply chain. I come across more people who have also transitioned from medicinal chemistry to other areas, and those who have had other career – and life – changes.

“I hope my story encourages more people to continue to learn and explore those opportunities.”

Update: As we were scheduling this editorial for publishing, Enugurthi, BMS, and MS patients around the world received some good news: U.S. Food and Drug Administration Approves Bristol Myers Squibb’s ZEPOSIA® (ozanimod), a New Oral Treatment for Relapsing Forms of Multiple Sclerosis