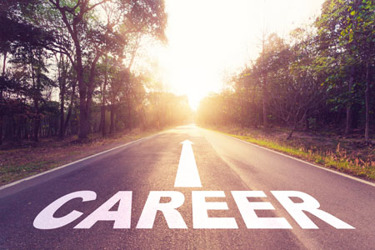 After 20 years, Tom Holmes was leaving Biogen. Options he had; he told me he’d take his time deciding what came next.

I was surprised by his final choice.

Two years later, we’re both certain he made an excellent decision.

Amylyx was founded in dorm rooms in 2013. Holmes was hired to “graduate” co-founders Justin Klee and Joshua Cohen to a comprehensive outsourced-supply strategy for AMX0035.

“When I met the co-founders,” he says, “they had an overseas supplier for one of their APIs they weren't sure about. I wasn’t either, and that was my very first project with Amylyx – add a secondary supplier, based on the regulatory risk and capacity challenges.”

Holmes actually “jumped on” numerous projects. The company principals were “doing and learning a lot on the fly,” he says, “but they were never moving the needle toward what you need in pre-commercial, or for a phase-three program that had near-term commercialization opportunity.”

“There was just a ton of work in terms of establishing the right CDMO interfaces and contracts,” he adds. “They were working off scope-of-work and thin development agreements. Now we needed complete contracts that held our suppliers responsible – liability, insurance, indemnification, and warranties, appropriate for the stage of risk.

“I basically set up as we had at Biogen across many products: routine interfaces at the project level, but also aimed at capacity and directionally to where we were headed.”

Fortunately, because both PB and TURSO are small molecules that have been manufactured for decades, there weren’t specific supply-chain challenges even though the disease target was ALS.

There was the need for a new machine, though.

Amylyx utilizes a Thermo Fisher site in Whitby, Ontario, Canada, which is equipped for powder formulations.

Holmes says they asked the site to add a key piece of equipment to increase capacity and scale while improving the formulation and powder flow. The CDMO originally suggested Amylyx purchase the equipment, which would then be installed and dedicated to Amylyx.

“I did something like that at Biogen,” says Holmes, “but there can be problems with buying assets at CDMOs. It's about 50-50 whether it's a good investment long term, first of all because we wouldn’t be running it full time. That idle capacity from a financial standpoint is not a great thing for either organization.”

Instead, the two companies worked out a deal: The CDMO’s purchase order for the equipment would be timed to phase-two clinical data due out in December 2019, and other ongoing considerations. “That would make it worthwhile for both sides,” Holmes recalls. “It really was a pleasant business discussion.”

The specific equipment Amylyx needed – a MACRO PACTOR – compacts all granules together, and binds them for blend uniformity within each batch. When a patient takes a sachet, they receive the right dosage of all materials and excipients.

“It's probably the most important piece of equipment in our manufacturing process,” says Holmes.

Regarding expected volumes, should AMX0035 be approved in major markets, Holmes says based on an estimated patient population approaching some 160,000 patients globally, “it's probably in the order of 15 to 25 metric tons a year.” Based on batch size that will require at least six batches monthly.

“We spoke openly with the CDMO on volumes, timelines, and trajectory for the drug,” explains Holmes. “That spurred the conversation on the MACRO-PACTOR.”

“When we first started discussing this, and factored in projected commercial volumes, they would have been running at a capacity a bit too high for me to feel comfortable. Now the new equipment is in the plant and has been validated. “I now feel secure production-wise,” he adds.

Of course every therapeutic company needs to get inventory right, so there’s not that worry about patient supply and drug access. “However,” says Holmes, “because without medicine ALS patients have such a detrimental effect on every physical attribute, it really drives home the importance for us.”

“Our co-founders were new to this industry, but they recognized right away – and why I was an early hire – of the importance of a reliable supply chain.

“Some companies don't really get that until they're in a difficult situation. Supply is a discussion topic all the time at Amylyx, right up to our board level. That seems to be different for a company our size.”

Holmes believes other big-biopharma executives looking to move to smaller organizations can have the same positive experiences he’s now having at Amylyx.

“What joining a smaller company has done for me personally is provide even more confidence in what I knew,” he explains, “and provided the opportunity to apply it across a whole business enterprise, instead of just a division of a company.

“I'm learning more about building a company from the start: how does a small company create a compelling mission and vision statement; interface with KOL’s in neurology, in finance; raise awareness; go to an IPO? You know you are having more of an impact.”

What has Holmes learned particularly about the activities of outsourcing?

“In a way, I’ve validated what I know,” he replies. “It still comes down to relationships and building partnerships – where you can say with a CDMO let’s invest more in the plant and the project teams as partners.

“We explained to our CDMO what this drug can mean for ALS patients – the ultimate return we all get for our commitment to the patients we serve.

“We demonstrated how we are patient-centric, and how deserving the ALS community is for an alternative therapy, because very little in this area has gotten through regulatory approval.”