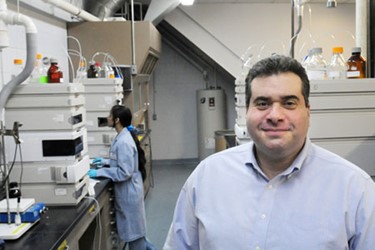 Some deals are more symbolic than others. The most recent CDMO M&A announcement by PCI Synthesis and Novacap is one of those.

The added significance is not lost on Ed Price. He founded PCI at the age of 29, and has been the company’s CEO and president for all 22 years of existence.

“Many in the industry were surprised,” says Price, in his clearly locatable Boston accent.

“Most never thought I’d sell, knowing how intimate I’ve been with it all these years. But everyone has been supportive – customers, suppliers, other service providers, and industry colleagues.”

Who the acquirer is adds to the elevated symbolism of the deal: France’s billion-dollar-plus service provider, Novacap, a global player in pharmaceutical services.

This sale of one of the few remaining “holdouts” – a U.S.-based, name-brand, but relatively small contract development and manufacturing organization (revenues ~$32 million) – puts an exclamation point on the consolidation started in earnest in the CDMO industry a few years back.

Price gave an exclusive interview to Outsourced Pharma about how and why the deal came about, and the symbolism for the entire industry.

Price says the acquisition was a “market deal – all cash based on multiples of EBIDA.” He’ll stay on as CEO and president, and his team remains in place. That’s the type of arrangement both sides were looking for.

Pierre Luzeau, CEO of Novacap, described his company’s acquisition as a “perfect fit” with its “strategic roadmap” of continuing to “strengthen offerings” to the pharmaceutical industry. The deal provides Novacap with a “strong and innovative platform to accelerate our development in the U.S.”

As for Price and the symbolism of the deal: “PCI started humbly, basically in a garage in 1997, in Leominster, Massachusetts.” The company was successful, “but never capitalized well enough for real growth.”

A “watershed moment” occurred in 2005, ironically, when a fire in Leominster allowed Price to “parlay” that into acquiring a new site in Newburyport. It was an opportunity to service the emerging pharma folks in the Boston/Cambridge area. “Everybody around the world was coming to Boston for business, and we were able to build our business with customers right here.”

Price then jumps to circa 2014, when the company was “hitting our stride,” growing at annualized double digit rates, and increasing profitability.

But the world around PCI was changing.

“In parallel to what we were experiencing, I’m watching my competitors – one by one – fall away. Companies like Cambridge Major, Irix, Cederburg, Pharmacore, Ash Stevens, and J Star. They got gobbled up, either by private equity or larger CDMOs.”

According to Price, the recurring theme of all these transactions was smaller players becoming part of much larger organizations … enabling them to offer broader capabilities.

PCI’s marketing strategy had always been one of specialization. “We are a drug substance player,” is how the pitch went. “That’s all we do. We’re not distracted. If you want an expert in delivering and scaling up your drug substance, that’s our job. We’re a pure play.”

For years, that message resonated nicely with customers. But for the new biotechs, start-ups and virtuals – and existing customers growing commercially successful – working with an organization that had access to a broader portfolio of capabilities was becoming imperative.

“That was worrying me,” says Price. “Our commercial portfolio was maturing. Customers were saying, ‘We love doing business with you guys – we’re contracted for orders into the future – but what if something happens to your facilities? We don’t have a backup supply. Can you help find us a backup supplier?’”

The pressure built until Price felt he had to make a move. “I’m not going to lie to you,” he says. “I did hold off until there was little to nothing left in the US at my scale anymore.”

Price says one of the reasons the industry was so fractured is because customers have such diverse needs, and “that’s not going to change.”

Moreover, he still thinks this “fractious nature” will continue to drive service-provider specialists on the one hand, even as it drives the consolidation on the other.

“At any given time, we’ve got 20 to 25 active programs with different pharmaceutical companies. Every one has a different business model, never mind the fact that each has a different product they’re trying to have us manufacture.

“What’s ironic,” Price continues, “is the customer base tries to ‘commoditize’ what I do, without realizing that they’re not a commodity. You look at other industries, like cell phones; you’re basically selling the same product to customers with essentially the same needs. That isn’t the case with our industry.”

On the other hand, explains Price, we find ourselves where we are today because those same diverse elements also drive consolidation. CDMOs must have an arsenal of services readied for those unique customer qualities. To keep up, the industry is consolidating.

For PCI specifically, it now can call on Novacap’s employee base of 3,000, spread over 28 industrial plants worldwide, including 11 cGMP facilities, of which six are “multi-purpose units with a diversified technology portfolio.”

Nonetheless, Price says PCI must remain faithful to its core competencies, and maintain that “local-shop feel” in the Boston/Cambridge area. This time, though, with the ability to add second sourcing for customers, and a slew of new services.

This deal between PCI and Novacap is not the proverbial “tipping point.” We are well beyond any such juncture. But it pushes us past any evidentiary threshold that may have remained regarding the direction we are headed. Price says the role for specialized players is not going away. But his own decision may belie that prognosis.

The Art Of The M&A Deal

Before I let Price go, I ask him about how the deal got done.

He says the process initiated some four years ago, when larger CDMOs started approaching PCI more regularly. But the timing wasn’t right. “I knew the company was going to continue to grow rapidly,” explains Price. “Any valuation that somebody put on the company seemed to undervalue the business, because I knew where we’d be the following year.”

It wasn’t until last summer, when PCI (and the industry’s) growth dynamics were firmly established, and valuations caught up. Price hired some bankers, and ran “a typical process.” Among those interested was Novacap, who although was much larger, did not have operations in the U.S.

“The more we interacted, the more we felt comfortable,” Price says. “We came up with a letter of intent in early May, and we signed the agreement the end of June.”

Price met with Novacap CEO Luzeau a number of times. He visited some of the other recent acquisitions throughout Europe that Novacap had undertaken. “There were certain high level concerns that I had. I have to say that much of the deal was a handshake between the two of us. I love to do business that way.”

Being a billion-dollar-plus company, Novacap had a full-time team managing M&A. “For us,” laughs Price, “It was all hands on deck. We had our senior management team doing double duty. I’ve spent eighty-plus percent of my time on this the past months, managing details, the attorneys, and so forth.”

Price recalls that at the celebration dinner after the deal had been announced, Luzeau turned to him and asked, “Where are you going on vacation this summer?”

“I said, ‘Vacation? Are you kidding me? I’ve got to get back to work.’ I’m not sure a big company can fully appreciate what an incredible distraction this is. Time to get back to our customers.”